If ever there was a day when a “theme” is needed, today is one of those days. It’s Halloween!

We’re starting out this annual scarefest with a couple of “safe” novelty songs before a rumbling voice (guess who?) issues a warning about entering a musical nightmare. And that’s exactly what it is. 🎃

By the way, if you think the Bloodrock song is a bit too morbid (possibly more than a bit), consider this: In March 1971, many U.S. radio stations banned it, but despite a lack of airplay, the single still reached #36 on the Billboard Hot 100.

Please Note! My grandson Dylan is arriving from Pittsburgh tomorrow for a weeklong visit. I’m taking the week off to spend as much time with him as possible. I will be back next Monday!

Scaring You … That’s What We’re All About 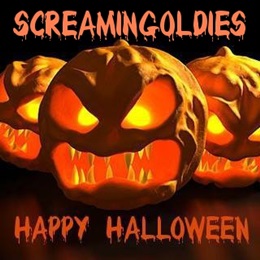