“Obstacles do not exist to be surrendered to, but only to be broken. The Goddess of Fate clutched me in her hands and often threatened to smash me; but the will grew stronger as the obstacles increased, and finally the will triumphed.”
~Adolf Hitler

“Obstacles are like wild animals. They are cowards but they will bluff you if they can. If they see you are afraid of them, they are liable to spring upon you; but if you look them squarely in the eye, they will slink out of sight.”
~Orison Swett Marden 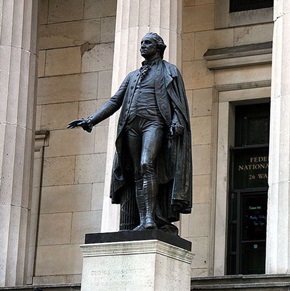 1789 – George Washington was inaugurated as the first president of the United States. The inaugural ceremony was performed on the balcony of Federal Hall, the site of the first U.S. capitol . The president then went indoors to read Congress his inaugural address, a quiet speech in which he spoke of “the experiment entrusted to the hands of the American people. ” The evening celebration was opened and closed by 13 skyrockets and 13 cannons. 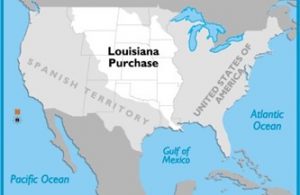 1900 – Jonathan Luther “Casey” Jones was killed when his passenger train, the Cannonball Express, collided with a stalled freight train at Vaughan, Mississippi. The train had left from the Poplar Street Station in downtown Memphis, Tennessee on its way to Canton, Mississippi. The Cannonball Express was running at about 75 miles per hour toward Vaughan, and traveling through a 1.5-mile left-hand curve that blocked Jones’ view.
Once he rounded the bend, Jones spotted the stalled train, reversed the throttle and slammed the air brakes into emergency stop, but “Ole 382” quickly plowed through a wooden caboose, a car load of hay, another of corn, and half way through a car of timber before leaving the track.
He had reduced his speed from about 75 miles per hour to about 35 miles per hour when he crashed. He was the only one killed in the wreck, but his quick thinking saved the lives of passengers from serious injury or death. 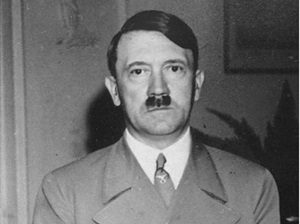 1945 – Holed up in a bunker under his headquarters in Berlin, Adolf Hitler committed suicide.
In January 1945, facing a siege of Berlin by the Soviets, Hitler withdrew to his bunker to live out his final days. Located 55 feet under the Reich Chancellery, the shelter contained 18 rooms and was fully self-sufficient, with its own water and electrical supply. Though he was facing imminent defeat, Hitler continued to give orders and meet with close subordinates.
On April 29, he married his long-time mistress Eva Braun. Hitler had been informed of the execution of Benito Mussolini, which presumably increased his determination to avoid capture. In his last will and testament written that day, Hitler appointed Admiral Karl Donitz as Reich President and Josef Goebbels as chancellor.
Warned by officers that the Russians were within two blocks of the Chancellery – and only a day from overtaking it – he was urged to attempt an escape to his mountain retreat in Berchtesgaden. He and his wife instead chose suicide; Hitler shooting himself in the head with Braun biting into a cyanide capsule.
Their bodies were carried outside to the bombed-out garden behind the Reich Chancellery, where they were placed in a bomb crater and doused with gasoline The corpses were set on fire as the Red Army shelling continued. 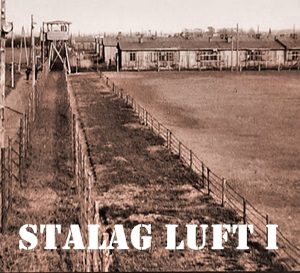 1945 – Russian troops liberated Stalag Luft I, a German prisoner-of-war camp near Barth, Western Pomerania, Germany, for captured Allied airmen. The presence of the prison camp is said to have shielded the town of Barth from Allied bombing.
About 9,000 airmen – 7,588 American and 1,351 British and Canadian – were imprisoned there when it was liberated. The prisoners has been ordered to evacuate the camp in the face of the advancing Red Army, but refused. After negotiations between the Senior U.S. Officer and the Stalag commandant, it was agreed that to avoid useless bloodshed, the guards would go, leaving the POWs behind. 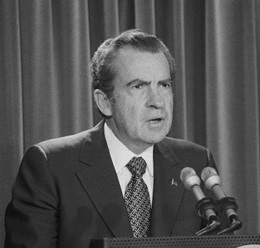 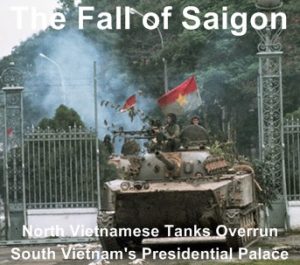 1975 – In Saigon, South Vietnamese President Nguyen Van Thieu had resigned and transferred authority to Vice President Tran Van Huong before fleeing the city. That had no effect on the inevitable. The North Vietnamese had completely encircled Saigon.
Despite previous presidential promises to provide aid in such a scenario, the United States did nothing. By this time, Richard Nixon had resigned from office and his successor, Gerald Ford, was unable to convince a hostile Congress to make good on Nixon’s earlier promises to rescue Saigon from communist takeover.
And so on this date, when North Vietnamese tanks crashed through the gates of the Presidential Palace at dawn, they met little resistance. North Vietnamese Col. Bui Tin accepted the surrender from Gen. Duong Van Minh, who had taken over after Tran Van Huong spent only one day in power. The Vietnam War was finally over. 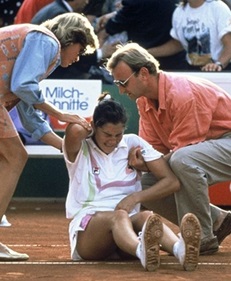 1993 – Women’s tennis player Monica Seles was stabbed by Gunter Parche, a deranged German man during a match in Hamburg. The assailant, a fan of German tennis star Steffi Graf, hoped injuring Seles would enable his idol to regain her Number 1 ranking.
Parche, who was described as a mentally unbalanced loner, contended he was only trying to hurt Seles, not kill her. A German court convicted him of grievous bodily harm in October 1993 and he received a two-year suspended sentence.