“The song was running around in my mind for months, long before joining the Sex Pistols; the idea of being angry, of the indifference of the Queen to the population and the aloofness and indifference to us as people. Why am I paying for that silly cow who couldn’t give a shit about me?”
~Johnny Rotten
Sex Pistols, discussing God Save The Queen 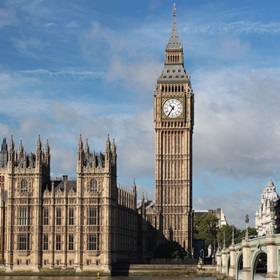 1859 – Big Ben, located at the top of the 320-foot-high Elizabeth Tower (formerly St. Stephen’s Tower), rang out over the Houses of Parliament in Westminster, London for the first time.
The name originally just applied to the bell but later came to refer to the clock itself. 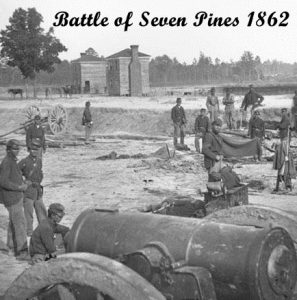 1862 – Confederate forces struck Union troops at the Battle of Seven Pines (Fair Oaks) in Virginia.
The battle itself was a strategic draw – Union forces who had reached the perimeter of Richmond, VA failed to finish the task – but with the North’s 5,000 casualties and the South’s 6,000, there were two very important and long lasting consequences.
Union General George McClellan was horrified by the sight of his dead and wounded soldiers and became much more cautious and timid in battle, actions that would eventually doom his command and career.
For the South, Confederate commander Joseph Johnston was wounded in the action, so a fellow by the name of Robert E. Lee replaced him.
Lee had been serving as Confederate President Jefferson Davis’ military advisor since his undistinguished service in western Virginia during the war’s first year.
The history of the war in the eastern theater drastically changed as Lee ascended the ranks. His leadership and exploits soon became legend. 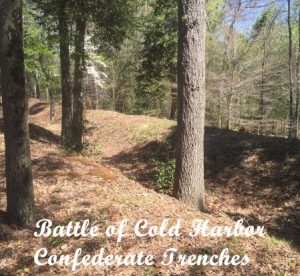 1864 – The 12-day Battle of Cold Harbor began about 10 miles northeast of Richmond.
Union Lt. Gen. Ulysses S. Grant seized the crossroads of Old Cold Harbor but had to wait for reinforcements. By June 2, those troops had arrived but the Confederates had built an elaborate series of fortifications 7 miles long.
Trenches, as shown above, represented a dramatic change in how battles were fought. Despite the obvious advantage held by Confederate soldiers, Union officers continued to order frontal assaults against these nearly impregnable positions, resulting in enormous casualties.
Three Union corps attacked the Confederate works on the southern end of the line and were easily repulsed with heavy casualties. Attempts to assault the northern end of the line and to resume the assaults on the southern were also unsuccessful.
Both armies confronted each other on these lines until the night of June 12 when Grant finally disengaged to march southeast to cross the James River and threaten Petersburg, a crucial rail junction south of Richmond.
It was an impressive defensive victory for Lee and is remembered as one of American history’s bloodiest, most lopsided battles.
The Union army, in attempting the futile assault, lost nearly 13,000 men over twelve days while the South’s casualties totaled 5,200.
“I have always regretted the assault at Cold Harbor was ever made. No advantage whatever was gained to compensate for the heavy loss we sustained.” … Lt. Gen. Ulysses S. Grant 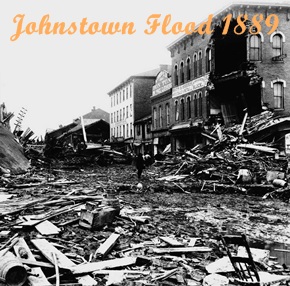 1889 – The South Fork Dam collapsed, causing a flood in Johnstown, Pennsylvania and killing more than 2,200 people.
Residents were unaware of the danger that steady rain over the course of the previous day had caused. A spillway at the dam became clogged with debris that could not be dislodged.
An engineer at the dam saw warning signs of an impending disaster and rode a horse to the village of South Fork to warn the residents. However, the telegraph lines were down and the warning did not reach Johnstown.
At 3:10 p.m., the dam collapsed, causing a roar that could be heard for miles. All of the water from Lake Conemaugh rushed forward at 40 miles per hour, sweeping away everything in its path. 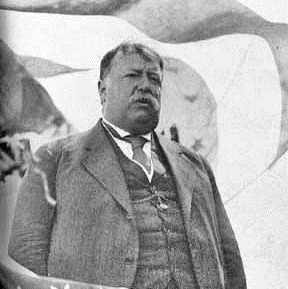 1912 – U.S. troops occupied the east of the island of Cuba in order to crush an armed uprising by Afro-Cuban sugar workers against the government (even though Cuba had not asked for help).
The U.S. then took the opportunity to impose an extension of its territory at Guantánamo.
In one of the most controversial statements ever spoken by a U.S. president, William Howard Taft said,”The day is not far distant when three Stars and Stripes at three equidistant points will mark our territory; one at the North Pole, another at the Panama Canal, and the third at the South Pole. The whole hemisphere will be ours in fact as, by virtue of our superiority of race, it already is ours morally.“ 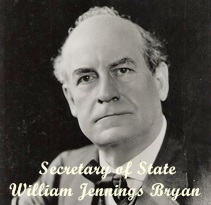 1913 – With 36 states having ratified the Seventeenth Amendment, it was certified by Secretary of State William Jennings Bryan as part of the U.S. Constitution.
The amendment, providing for the election of U.S. senators by popular vote, superseded Article I, Clauses 1 and 2 of the Constitution, under which senators were elected by state legislatures.
The framers of the Constitution thought that having senators elected by the legislatures would aid senators because they would be less subject to pressure and have more time to do business.
They also believed election by state legislatures would strengthen ties between national and state governments. 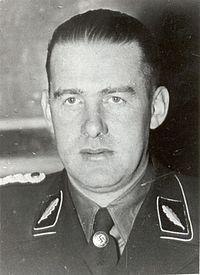 1945 – Odilo Globocnik committed suicide in Paternion, in the Austrian state of Carinthia. You may not recognize the name but you should.
Highly favored by Heinrich Himmler for his “cold and heartless attitude,” Globocnik, as the head of Aktion Reinhard, bore general responsibility for the death of some 1.7 million mostly Polish Jews during the Holocaust in Nazi extermination camps Majdanek, Treblinka, Sobibór and Bełżec.
He was also responsible for “liquidating” the Warsaw Ghetto, which contained about 500,000 Jews, the largest Jewish community in Europe.
He was not only unrepentant for his actions, he was damn proud of them.
“If ever a generation will come after us which is so weak and soft-hearted that it doesn’t understand our task, then indeed the whole of National Socialism has been in vain. To the contrary, in my opinion one should bury bronze plates on which it is recorded that we have had the courage to carry out this great and so necessary work.“
After being captured by a British cavalry unit, Globocnik – once described as “the vilest individual in the vilest organization ever known” – committed suicide by biting on a cyanide capsule. 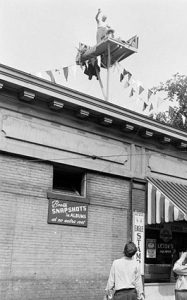 1949 – The Cleveland Indians were in seventh place when Charley Lupica ascended 60 feet in the air to a 4×4 platform above his Cleveland deli.
He vowed not to come down until the team was back on top of the standings or was eliminated from the pennant race. He stayed put, even when his wife Augustine give birth to Charles Jr., their fourth child, on August 7.
The Indians finished third that year. After the team was out of contention, club owner Bill Veeck sent a truck and transported the pole – with Lupica still on the platform – to Municipal Stadium.
On Sept. 25, the last day of the season, a crowd of 34,000 fans cheered as Lupica left his perch after 117 days. 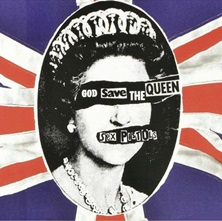 1977 – The BBC announced a ban on the Sex Pistols’ anti-royalist song God Save The Queen, saying it was “in gross bad taste.”
The single still managed to reach #2 on the UK chart
Lead singer Johnny Rotten defended the song’s controversial lyrics:
God save the queen
The fascist regime
They made you a moron
A potential H bomb
“You don’t write ‘God Save The Queen’ because you hate the English race,” the singer said. “You write a song like that because you love them, and you’re fed up with them being mistreated. The intent was to evoke sympathy for the English working class, and a general resentment towards the monarchy.”
The original cover of the single showed a picture of the Queen with a safety pin through her lip. Shops and pressing plant workers refused to handle the record as it was originally designed.
A revised Jamie Reid-designed cover (shown above), featuring the Queen with newspaper print gagging and blindfolding her, was voted the best record sleeve ever by Q magazine in 2013. 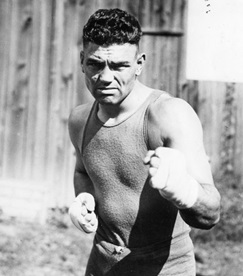 1983 – Former heavyweight boxing champion Jack “The Manassa Mauler” Dempsey died of heart failure at the age of 87.
Dempsey is ranked tenth on The Ring magazine’s list of all-time heavyweights and seventh among its Top 100 Greatest Punchers. 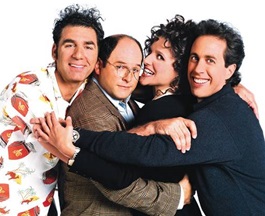 1990 – After bombing the previous year (when the pilot episode was called The Seinfeld Chronicles), Jerry Seinfeld’s “show about nothing” premiered as Seinfeld, beginning a wildly successful nine-year run. 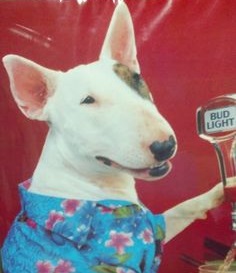 1993 – Spuds MacKenzie, the super-cool dog character created for use in an advertising campaign marketing Bud Light beer in the late 1980s, died of kidney failure.
Anheuser-Busch decided to retire Spuds in 1989, claiming that the character’s image had started to overshadow the product.
By the way, her (yes, Spuds was a female) real name was Honey Tree Evil Eye. 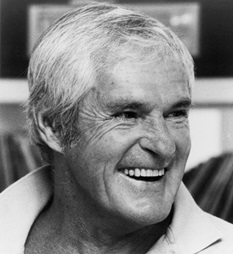 1996 – Dr. Timothy Leary, once described by President Richard Nixon as “the most dangerous man in America,” died at the age of 75 after a long battle with inoperable prostate cancer.
A clinical psychologist at Harvard University, Leary was terminated in 1963 for failing “to keep his classroom appointments and has absenting himself from Cambridge without permission.”
The real reason for his dismissal was using undergraduate students in a series of controlled experiments with psychedelic drugs.
An advocate of the exploration of the therapeutic potential of psychedelic drugs under controlled conditions, Leary was invited to attend the January 14, 1967 Human Be-In, a gathering of 30,000 in San Francisco’s Golden Gate Park.
Speaking to the group, Leary urged them to “Turn on, tune in, drop out,” a phrase which quickly became a popular counterculture-era phrase.
Many consider Leary one of the most prominent figures during the counterculture of the 1960s, and since those times has remained influential on pop culture, literature, television, film and, especially, music. 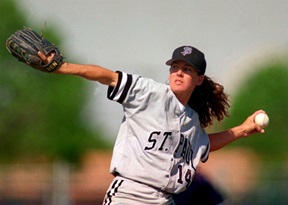 1997 – Ila Borders became the first woman to pitch in a minor league baseball game, when she entered a game in relief for the St. Paul Saints of the Northern League, an independent minor league not affiliated with Major League Baseball.
In that debut, she hit the first batter she faced, balked, and gave up three earned runs without recording an out.
Her next appearance was much improved; in the one inning she pitched, she walked one but then struck out the side. In four seasons from 1997 to 2000, she appeared in 52 games and posted a record of 2–4 while recording 36 strikeouts. 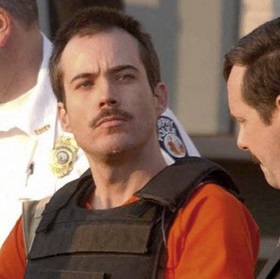 2003 – Eric Rudolph, suspected in bombings at a Birmingham. Ala., abortion clinic and at the Atlanta Olympics, was arrested outside a grocery store in Murphy, N.C. On April 8, 2005, the Department of Justice announced that Rudolph had agreed to a plea bargain under which he would plead guilty to all charges he was accused of in exchange for avoiding the death penalty. 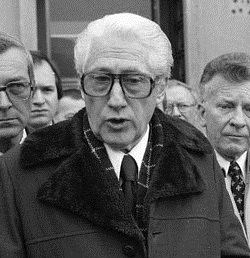 2005 – W. Mark Felt’s family ended 30 years of speculation, identifying Felt, the former FBI assistant director, as “Deep Throat,” the secret source who helped unravel the Watergate scandal, which brought down Richard Nixon’s presidency.
The Felt family’s admission, made in an article in Vanity Fair magazine, took legendary reporters Bob Woodward and Carl Bernstein by surprise. They had promised to keep their source’s identity a secret until his death. Felt did not die until 2008.
Tapes show that Nixon himself had speculated that Felt was the secret informant as early as 1973. 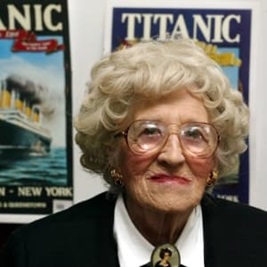 2009 – Elizabeth Gladys Millvina Dean, the last remaining survivor of the Titanic sinking (at 2 months old, she was the youngest passenger) died of pneumonia at the age of 97.
She was cremated and her ashes were scattered from a launch at the docks in Southampton where the Titanic set sail. 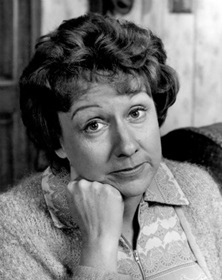 2013 – Actress Jean Stapleton (three-time Emmy Award winner for her role as Edith Bunker on All In The Family) died of natural causes at the age of 90.
She declined the opportunity to lead in the television mystery Murder, She Wrote, which aired from 1984 to 1996.
The role of Jessica Fletcher went instead to Angela Lansbury.