And so we begin. This is going to be a memory-packed week of great music!
Instead of playing a selection of #1 songs on Friday, 1965 had so many of them that beginning today, we’re going to play them all … in chronological order.
Today’s medley starts with the #1 song on January 1 and takes us through March 20.
By the time we’re finished with the #1’s from 1965 on Thursday, you’ll hear all five top of the Billboard Hot 100 hits by the Beatles, four by the Supremes, two each from the Rolling Stones, Herman’s Hermits and the Byrds, and single entries from 13 other artists.
But there’s more because we’ll still have time on Friday to play a medley of songs that came close to the top but didn’t quite make it.
Yeah, it was one hell of a year for music fans. I hope you enjoy the memories. 🙂 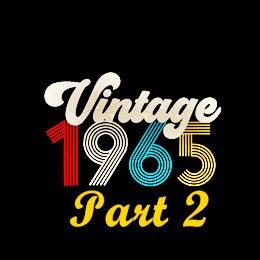