Today would have been George Harrison’s 72nd birthday. I realize that is not a significant landmark, such as Elvis Presley’s 80th – an event that was marked by a lengthy medley on this site – but the reality is I may not be around to commemorate George’s 80th, and even if I am, I won’t be doing this, so it just felt right to honor George now.

This medley of 27 Harrison songs runs one hour and fifty minutes. It does not include any songs from his days with the Beatles or the Traveling Wilburys. It is simply George as a solo artist – and that ain’t bad.

Anyone familiar with Harrison’s solo career knows his first album, All Things Must Pass, was produced (over-produced, Harrison said) by Phil Spector. I tried, I really did, to remix the songs from that album on this medley, but it was almost impossible to repair Spector’s “wall of sound” production, so if George’s vocals sound buried on the first four songs, please blame Phil, not me.

Harrison himself looked back at the first album years later and said, “in those days it was like reverb was kind of used a bit more than what I would do now. In fact, I don’t use reverb at all. I can’t stand it. You know, it’s hard to go back to anything thirty years later and expect it to be how you would want it now.”

Okay, enough about that. This medley contains a lot of George’s hit songs and a few album cuts that were more than mere filler material. I hope you enjoy it as much as I did putting it together. Soak up the memories – and Happy Birthday, George. 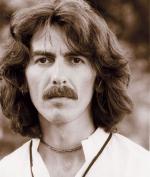