July 30, 1963 was a marathon day for the Beatles. The group – in a very big rush to finish their second album – recorded six songs in less than 10 hours, sandwiched around a radio session and interviews.
Producer George Martin had hoped to squeeze one more song from John, Paul, George and Ringo, but was told – emphatically by George Harrison – that he wasn’t going to get it.
The rest of the album would have to wait until September, but here are those six songs recorded 55 years ago today. Soak up the memories 🙂 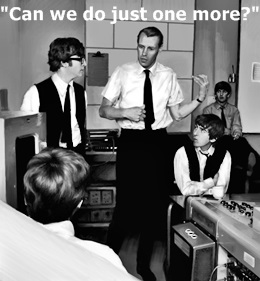