Today we travel back sixty years to hear #1 songs on the Billboard Hot 100 charts in 1962. Music was going to change dramatically over the next two years, but these ten songs were the ones blasting out of transistor radios and AM car radios (because FM wasn’t readily available in cars until 1963, and even then, FM stations were few and far between.) 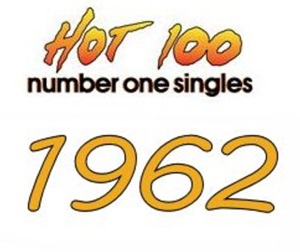