Ralph McTell (‘Streets Of London’) is 70

Ken Lewis (The Ivy League – ‘What More Do You Want’ – and co-writer of ‘Can’t You Hear My Heartbeat’ by Herman’s Hermits, ‘Little Bit O’ Soul’ by Music Explosion and ‘Sunday For Tea’ by Peter & Gordon) is 72 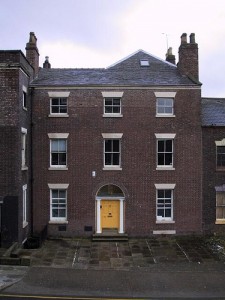 Julia Stanley married Alfred Lennon at the Mount Pleasant Register Office in Liverpool—1938>
Rock Factoid: Their son, John, married Cynthia Powell at the same location 24 years later but the similarities didn’t end with that.
Julia and Alfred’s wedding dinner was at Reece’s, a restaurant in nearby Clayton Square, where John and Cynthia also celebrated their wedding.
Both couples spent their wedding night apart; Julia and Alfred had essentially eloped and following the wedding, Julia returned to her parents’ home while Alfred went back to his rooming house. Cynthia and John were apart because John had to play a gig at the Riverpark Ballroom in nearby Chester. 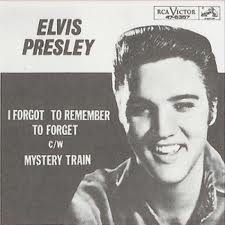 Elvis Presley’s first single on RCA Records was released—1955
Rock Factoid: The two songs (‘I Forgot To Remember To Forget’ / ‘Mystery Train’) had been the final release on Sun Records in August 1955. RCA Victor Records acquired Presley’s Sun contract in November 1955 and seeking to recover their investment as quickly as possible, simply re-released the songs on their label. 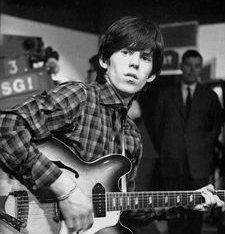 Keith Richards was electrocuted and knocked unconscious while playing ‘The Last Time’ during a Rolling Stones concert in Sacramento, California—1965
Rock Factoid: The strings of Richards’ guitar touched an ungrounded microphone and an enormous jolt of electricity sent him flying backward through the air.
“I woke up in the hospital an hour later. The doctor said electrocution victims come around or they don’t.” … Keith Richards

Ray Charles was given a 5-year suspended sentence and a $10,000 fine for a drug conviction in Boston—1966

The Monkees recorded ‘Writing Wrongs’. Michael Nesmith was the only member of the band to appear on the recording—1967 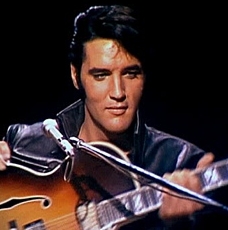 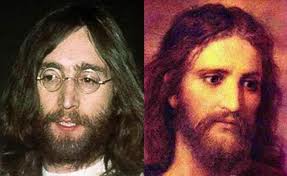 John Lennon was asked by Tim Rice and Andrew Lloyd Webber to play the title role in ‘Jesus Christ Superstar’—1969
Rock Factoid: Lennon wasn’t offered the role of Jesus in the 1973 film version of Jesus Christ Superstar, but Rice and Lloyd Webber did offer him the role of Jesus in the stage production. Still smarting from the whole “Beatles bigger than Jesus” fiasco from 1966, Lennon turned it down … although he did say he would have been interested if Ono could play the part of Mary Magdalene. 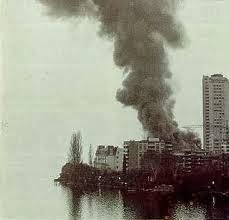 A fire at a Frank Zappa & The Mothers Of Invention concert at the Montreux Casino in Montreux, Switzerland was later immortalized in Deep Purple’s ‘Smoke On The Water’—1971
Rock Factoid: Midway through the Mothers’ concert, Don Preston was playing his synthesizer solo on ‘King Kong’ when the casino suddenly caught fire when somebody in the audience fired a flare gun into the rattan covered ceiling (as mentioned in the “some stupid with a flare gun” line). The resulting fire destroyed the entire casino complex, along with all the Mothers’ equipment.
Rock Factoid #2: The “smoke on the water” that became the title of the song (credited to bass guitarist Roger Glover) referred to the smoke from the fire spreading over Lake Geneva from the burning casino as the members of Deep Purple watched the fire from their hotel across the lake.
Rock Factoid #3: The “funky Claude” running in and out referred to Claude Nobs, the director of the Montreux Jazz Festival, who helped some of the audience escape the fire.

Irving Taylor (songwriter – ‘Everybody Loves Somebody’ and ‘Kookie, Kookie, Lend Me Your Comb’) died (natural causes)—1983 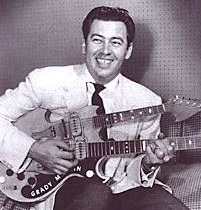 Peter Garrett (lead singer with Midnight Oil – ‘Beds Are Burning’) announced the breakup of the group, ending their 25-year association—2002 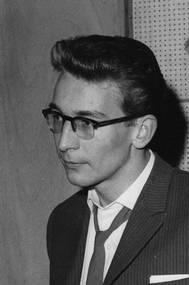 Mike Smith (producer) died (emphysema)—2011
Rock Factoid: Smith will forever be remembered as the Decca executive who rejected The Beatles in 1962, but he should also be remembered for his production skills. He produced ‘Halfway To Paradise’ (Billy Fury), ‘Silence Is Golden’ (The Tremeloes), ‘The Ballad Of Bonnie & Clyde’ (Georgie Fame), ‘Yellow River’ (Christie) and many more.