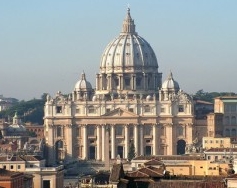 1626 – With the 120-year construction completed, St. Peter’s Basilica was dedicated in Rome by Pope Urban VIII on the 1,300th anniversary of the dedication of the original basilica. By tradition, the basilica is the burial site of its namesake, Saint Peter, one of the twelve apostles of Jesus Christ.

1883 – American and Canadian railroads began using four continental time zones to end the confusion of dealing with thousands of local times. Efficient rail transportation demanded a more uniform time-keeping system. Rather than turning to the federal governments of the U.S. and Canada to create a North American system of time zones, the powerful railroad companies took it upon themselves to create a new time code system. The companies agreed to divide the continent into four time zones; the dividing lines adopted were very close to the ones we still use today. 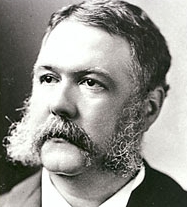 1886 – Former President Chester Alan Arthur died of complications from Bright’s Disease, a debilitating and fatal kidney ailment. He was 56. In the words of former President Rutherford B. Hayes, Arthur’s term as president was most notable for “liquor, snobbery and worse.” Although he had been ambitious as a young man, he was considered by many of his contemporaries to have been a lazy and “foppish” president.
Some historians have suggested that the lethargy Arthur displayed as president was in fact the result of his struggle with Bright’s Disease. Also called nephritis, the disease causes the degeneration of kidney cells, swelling, high blood pressure and, eventually, kidney failure. 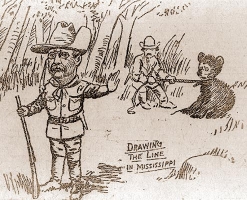 1902 – Morris Michtom, a Russian Jewish immigrant selling candy (and making stuffed animals at night) in New York City, saw a cartoon and together with his wife Rose, invented something that still beats in the heart of a child.
The cartoon by Clifford K. Berryman depicted Teddy Roosevelt having compassion for a bear at the end of an unsuccessful hunting trip in Mississippi. The result was (you guessed it) The Teddy Bear. 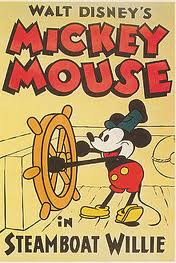 1928 – Walt Disney debuted his talking, animated cartoon, Steamboat Willie, at the Colony Theatre in New York. The short film featured a character who had been named Mortimer. Disney changed the name to Mickey Mouse.

1932 – For the first time, a tie occurred for the Best Actor Academy Award. Wallace Beery and Fredric March were only one vote apart so the Academy of Motion Picture Arts and Sciences ruled it a tie. Both received an Oscar at the Fifth Annual Academy Awards, March for his performance in Dr. Jekyll and Mr. Hyde and Beery for his role in The Champ. 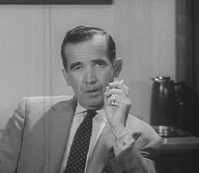 1951 – Edward R. Murrow launched one of the most highly-praised TV productions in history. See It Now debuted on CBS. On that first program, Murrow showed a live camera shot of the Atlantic Ocean, followed by a live shot of the Pacific. He said, “We are impressed by a medium through which a man sitting in his living room has been able to look at two oceans at once.” 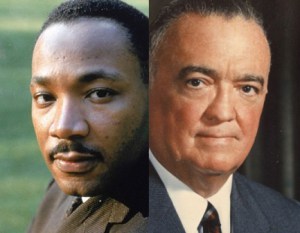 1964 – FBI Director J. Edgar Hoover told reporters that Dr. Martin Luther King, Jr. was the “most notorious liar in the country” for daring to suggest that the nation’s premier law enforcement agency was less than effective in protecting those fighting racism in the South.
If the flare-up between Hoover and King had ended with just words, it would have been a minor footnote in a turbulent period. But several days later a top FBI deputy, William Sullivan, moved to send an anonymous letter to King, threatening to make public the civil rights leader’s sex life.
The missive, known to historians as the “suicide letter” for its suggestion that King kill himself to avoid the embarrassing revelations, is back in the news after Yale history professor Beverly Gage found a full and uncensored copy in Hoover’s confidential files at the National Archives. 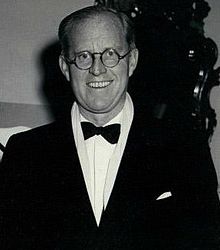 1969 – Joseph Patrick “Joe” Kennedy, Sr., former U.S. Ambassador to the United Kingdom (and the father of President John F. Kennedy, Senator Robert F. Kennedy and Senator Edward M. Kennedy), died of complications from a stroke at the age of 73. 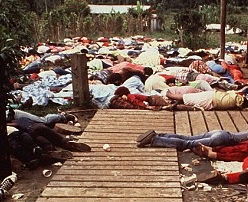 1978 – Peoples Temple founder Jim Jones led hundreds of his followers in a mass murder-suicide at their agricultural commune in a remote part of the South American nation of Guyana. Many of Jones’ followers willingly ingested a poison-laced punch while others were forced to do so at gunpoint.
Jones commanded everyone to gather in the main pavilion and commit what he termed a “revolutionary act.” The youngest members of the Peoples Temple were the first to die, as parents and nurses used syringes to drop a potent mix of cyanide, sedatives and powdered fruit juice into children’s throats. Adults then lined up to drink the poison-laced concoction while armed guards surrounded the pavilion.
When Guyanese officials arrived at the Jonestown compound the next day, they found it carpeted with hundreds of bodies. Many people had perished with their arms around each other. A few residents managed to escape into the jungle as the suicides took place, while at least several dozen more Peoples Temple members, including several of Jones’ sons, survived because they were in another part of Guyana at the time.
The final death toll at Jonestown that day was 909; a third of those who perished were children.

1987 – A fire in the King’s Cross station in London killed 30 commuters and injured scores of others. It was the worst fire in the history of the city’s underground rail system. Late on a Wednesday afternoon, people began to smell smoke coming from beneath one of the station’s escalators. Even though several people reported the smell to station employees, no action was taken.
At 7:50 p.m., flames were spotted beneath the escalator. By that time, it was too late. Smoke filled the station as the fire quickly spread, leaving no clear path of escape. The London Fire Brigade arrived to find general chaos and panic; they were also faced with what one witness described as a “shock wave of fire.” The heat level rose rapidly since the fire was trapped far below street level. 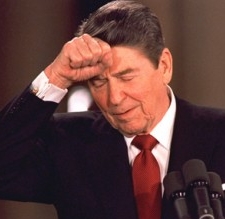 1987 – After nearly a year of hearings into the Iran-Contra scandal, the joint Congressional investigating committee issued its final report. It concluded that the scandal, involving a complicated plan whereby some of the funds from secret weapons sales to Iran were used to finance the Contra war against the Sandinista government in Nicaragua, was one in which the administration of Ronald Reagan exhibited “secrecy, deception, and disdain for the law.” 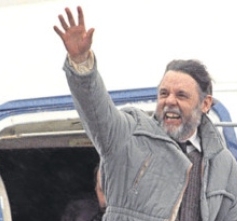 1991 – Shiite Muslim kidnappers in Lebanon freed Anglican Church envoy Terry Waite after more than four years of captivity. Waite, a special envoy of the archbishop of Canterbury, had secured the release of missionaries detained in Iran after the Islamic revolution. He also extracted British hostages from Libya and succeeded in releasing American hostages from Lebanon in 1986. A total of 10 captives were released through Waite’s efforts before Shiite Muslims seized him during a return mission to Beirut on January 20, 1987.
During his captivity, Waite was frequently blindfolded, beaten and subjected to mock executions. He spent much of the time chained to a radiator, suffered from asthma and was transported in a giant refrigerator as his captors moved him about. 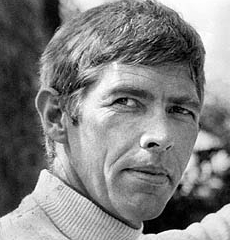 2002 – Actor James Coburn (The Magnificent Seven, The Great Escape, Our Man Flint, In Like Flint, Major Dundee, and Affliction, for which he won an Academy Award for Best Supporting Actor) died of a heart attack at the age of 74. 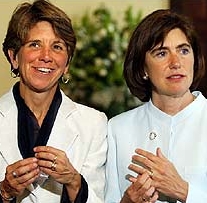 2003 – The Massachusetts Supreme Judicial Court ruled (by a 4-3 vote) in Goodridge v. Department of Public Health that the state’s ban on same-sex marriage was unconstitutional and gave the state legislature 180 days to change the law making Massachusetts the first state in the United States to grant marriage rights to same-sex couples.