There are days – many of them, to be honest – that I try too hard to come up with a theme for a medley. Today I decided not to worry about it and just put together a medley of eight songs that have one thing in common. They were all hits. End of story.

Rock Factoid: The Beatles song starts with a 16-second “James Bond” introduction, featuring John Barry-style guitar, plus orchestral and Indian instrumentation. That is the way the title track of the 1965 U.S. soundtrack album from the group’s second film began.

So call this “No Theme Tuesday” and relive the memories! 🙂 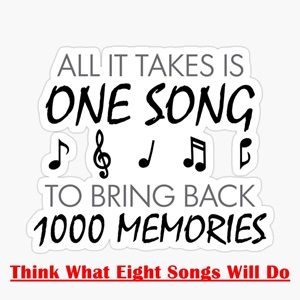