It’s All About Love

This medley, seemingly unconnected in any way, came about because two events happened on this date in music history.

On June 23, 1967, producer George Martin recorded the orchestra background – beginning with the first few bars of the French national anthem, La Marseillaise – for All You Need Is Love, which would be The Beatles contribution to Our World, the first live, international satellite television production, which was broadcast two days later to an audience estimated to be over 500 million people around the globe.

The second event was the release of Dean Martin’s Everybody Loves Somebody on June 23, 1964. Coming in the midst of the British Invasion, it surprisingly climbed to #1 on the Billboard Hot 100.

And so here it is; pop, country, crooners, and even a little ditty from the psychedelic genre. Every song has that word in the title. So yeah, it may sound disjointed but how bad can a “Love” song medley be?

It’s All About Love 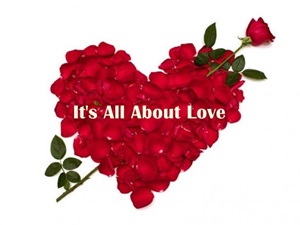