Settle in. This is going to take a while. 🙂

Today I am going to add a little “history” to the music medley by giving you the backstory to each song.

The Badfinger song which starts the medley featured a beautiful slide guitar solo by singer Pete Ham. Most people think that is the case but on the day the song was to be finished (and Ham was prepared to add his solo), producer George Harrison had also brought in his guitar and intended to do the solo himself.
A compromise was reached and the two decided to perform the solo as a duet. What may sound like a single guitarist is actually two legends playing together. As an additional Rock Factoid, the piano on the song was played by future Hall of Famer Leon Russell.

The song by Wings was the first James Bond theme to be nominated for an Academy Award for Best Original Song. Additional Rock Factoid: It lost to Barbra Streisand’s The Way We Were.

The Crosby, Stills, Nash & Young hit song was recorded without Neil Young. As was often the case, Young decided to sit that one out, but the presence of Jerry Garcia on pedal steel guitar more than made up for Neil’s absence.

The song by Creedence Clearwater Revival was, according to songwriter and singer John Fogerty, “The old saying about rich men making war and poor men having to fight them.”
When he wrote the song, Fogerty was thinking about David Eisenhower, the grandson of President Dwight Eisenhower, who married Julie Nixon, the daughter of then-President-elect Richard Nixon in 1968. Eisenhower spent three years in the military, most of it as an officer aboard the USS Albany in the Mediterranean Sea, well out of harm’s way.

The interesting factoid about the T. Rex song are the details about the piano player. Rick Wakefield, just months away from becoming a member of Yes, was desperately trying to work on a session so he could be paid and cover his rent. He contributed only the piano glissandos that can be heard several times throughout the song but he made enough money to pay his rent for another month.

The Joe Cocker song was the very first single he ever released, back in 1964. His cover of a Beatles song, the first of four he would release in the sixties, was a major flop and his recording contract was dropped by his label. Four years later, he would once again cover a Beatles song and the results were far different.

And finally, the Three Dog Night song, one of the very few to feature Danny Hutton on lead vocals, was a cover of a Pete Seeger 1956 song, inspired by the 1954 landmark Brown vs. Board of Education Supreme Court decision which outlawed racial segregation of public schools. 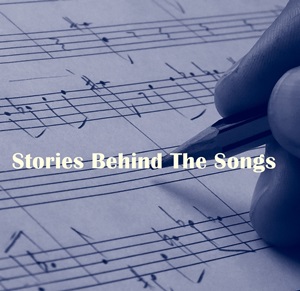