Streamingoldies > Memories Medley > 1963 Made In The USA!

You may note that this medley includes only American artists (if you’re wondering, Trini Lopez was born in Dallas). That’s because the British Invasion was still a year away.
In fact, The Beatles released From Me To You on Vee-Jay Records in May 1963 and the interest level was so low that the song peaked at #116 on the Billboard Hot 100! 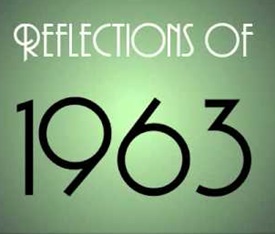