And so we come to the end. November and December of 2021 brought with them eight more deaths of musicians who entertained us through the years.

The songs played throughout this series have been played in chronological order each day. That holds true today right up to the end, but at the last minute, I decided to end the medley with a song from an artist who already has a song in the middle of the playlist.

I chose the song because the lyrics create in my mind a vision of what I hope to see when I draw my final breath.

I see a new horizon
My life has only begun
Beyond the blue horizon
Lies a rising sun.“

You see, death is not the end. It’s the beginning. 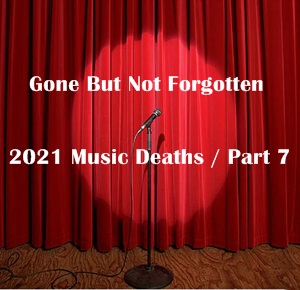