August 2021 brought us the passing of six more rock legends, including one-half of a celebrated duo, and one of rock and roll’s most iconic drummers.

But the deaths of Don Everly and Charlie Watts were far from the only losses felt by music fans. Some didn’t have the same impact, to be sure, but while the others were not the “stars” in their respective groups, their contributions to songs that will live forever can hardly be discounted. 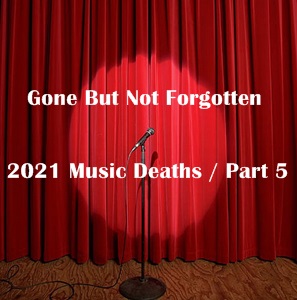