Streamingoldies > Memories Medley > The Girls of 1964!

They are the focus of today’s medley and they’re proof that female singers didn’t disappear with the wave of music coming from England.

You will find a couple of obscure songs in the medley, each with a connection to the Beatles. The first, by Bonnie Jo Mason (a pseudonym for a singer who later became a superstar) was co-written and produced by Phil Spector.
The second, by The Carefrees (which peaked at #39 on the Billboard Hot 100), has an even more direct connection to the Fab Four. One of the singers in the group was married at the time to Andy White, the session drummer who replaced Ringo Starr on the recording of Love Me Do … small world.

Please Note: There will be no medley on Monday or Tuesday because I am actually taking a four-day weekend! 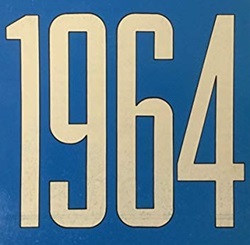