TGIF! … Time for me to continue my personal bitch session about the Rock and Roll Hall of Fame and their failure to induct (and in some cases, not even nominate) rock and roll artists who I believe are very deserving candidates.

You don’t have to agree with my opinion and if you don’t, feel free to leave a comment below. Just keep it civil.

Let’s start with Peter, Paul & Mary. One of the most influential folk groups of the 1960s, they have never been nominated!
How about Ben E. King? Inducted as a member of The Drifters, his last nomination as a solo artist came in 1988.
Tommy James & The Shondells recorded 14 Top 40 hits (including 7 in the Top 10) and yet have never been nominated!
George Michael sold over 80 million records worldwide making him one of the best-selling music artists of all time.He achieved seven #1 songs on the UK Singles Chart and eight #1 songs on the Billboard Hot 100. He has never been nominated.
The Guess Who dominated the singles charts in the 1960s and 1970s but have never been nominated.
Steppenwolf released seven Gold albums and one Platinum album, and had 13 Billboard Hot 100 singles, of which seven were Top 40 hits. They have been nominated just once.
Procol Harum’s A Whiter Shade of Pale is one of the few singles to have sold over 10 million copies, and the group has been noted for their baroque and classical influence. They were nominated once, in 2017.
Link Wray popularized “the power chord” with Rumble in 1958 and facilitated the emergence of “punk and heavy rock.” He has been nominated twice. 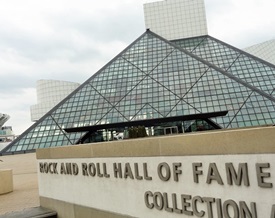