I hope you’re in the mood for more leftovers because that’s what we’re serving again.

For those of you who are late to the party, I recently played a series of #1 songs (and other hits) from 1964-1969, devoting a week to each year. At the conclusion of each week, I listed the names of songs from that year that I didn’t get to play because I ran out of days.

Barbara B. asked if I would consider returning to those songs at some point … so here we are.

Today I am going back to several of those songs from 1967, and as time permits, I’ll get back to the other years. 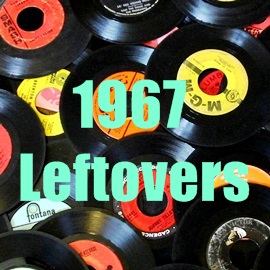