“I am pleading to you as President of the U.S. in the interest of humanity law and order, and because of democracy worldwide, to provide the necessary federal troops within several hours.”
~Woodrow Wilson Mann
Mayor, Little Rock, Arkansas 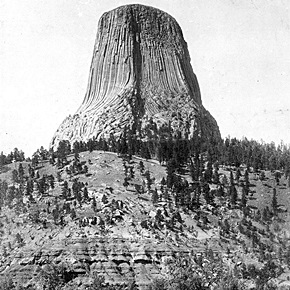 1906 – President Theodore Roosevelt proclaimed Devils Tower in Wyoming as the nation’s first National Monument.
It rises 1,267 feet above the Belle Fourche River, standing 867 feet from summit to base.
Film Factoid: If it looks familiar, there is a good reason. The 1977 movie Close Encounters of the Third Kind used the formation as a plot element and as the location of its climactic scenes. 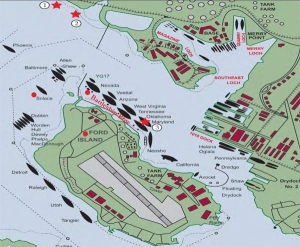 1941 – The Japanese consul in Hawaii was instructed to divide Pearl Harbor into five zones and calculate the number of battleships in each zone and report the findings back to Japan. 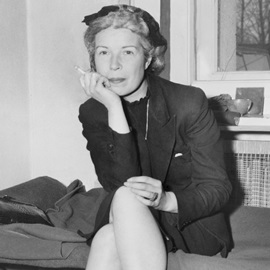 1948 – Mildred Gillars, an American broadcaster employed by the Third Reich (Axis Sally) in Nazi Germany to proliferate propaganda during World War II, pleaded not guilty to eight charges of treason.
On March 10, 1949, a jury convicted Gillars on one count of treason. She was sentenced to 10 to 30 years in prison, and a $10,000 fine.
Gillars served her sentence at the Federal Reformatory for Women in Alderson, West Virginia. She was released on June 10, 1961. 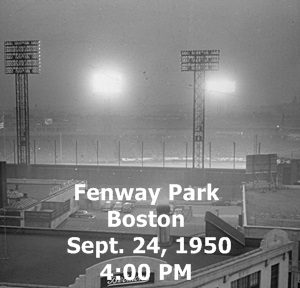 1950 – It was “Black Sunday” across the Atlantic seaboard of the United States.
It was the result of the Chinchaga Fire, a forest fire that burned in northern British Columbia and Alberta in the summer and early fall of 1950. With a final size of between 3,500,000 acres and 4,200,000 acres, it was the single largest recorded fire in North American history.
Most of the smoke in eastern North America was borne aloft by climatic conditions to high altitudes, although as shown above, Fenway Park in Boston wasn’t spared.
Three days later, the smoke was observed over Scotland, with reports over England following soon after. France, the Netherlands, Portugal and Denmark also observed the plume.
In early October, a smoke observation was made on the Aleutian Islands, suggesting that the Chinchaga haze had possibly circled the entire globe. 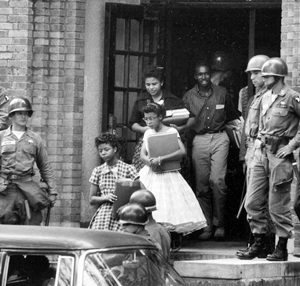 1957 – President Dwight Eisenhower issued Executive Order 10730.
Nine black students had entered Little Rock Central High School in Arkansas. When word spread that the students were inside, a crowd of approximately 1,000 gathered outside. There was a concern that the police would not be able to handle the crowd so for the safety of the students they were escorted back out of the school.
Governor Orval Faubus had ordered the Arkansas National Guard to the school because he said he had evidence (although none was shown) that there was “…imminent danger of tumult, riot and breach of peace and the doing of violence to persons and property.”
Woodrow Wilson Mann, the mayor of Little Rock, asked President Eisenhower to send federal troops to enforce integration and protect the nine students.
On September 24, the President ordered the 101st Airborne Division of the United States Army – without its black soldiers who rejoined the division a month later – to Little Rock and federalized the entire 10,000-member Arkansas National Guard, taking it out of the governor’s control. 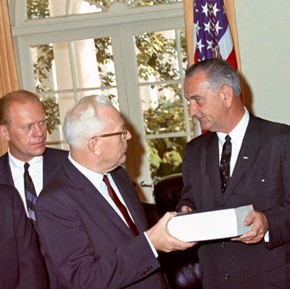 1964 – President Lyndon B. Johnson received the 888-page Warren Commission report on the assassination of President John F. Kennedy in Dallas.
Two months later, the Commission published twenty-six volumes of supporting documents, including the testimony or depositions of 552 witnesses and more than 3,100 exhibits. It contained 19,200 pages.
Loose Lips Factoid: Several months after Gerald Ford’s death in 2006, a cache of declassified documents revealed that Ford, then a U.S. congressman and a member of the Commission, had approached FBI Assistant Director Cartha DeLoach and offered to confidentially keep the Bureau informed on the Commission’s deliberations.
Among Ford’s many leaks was the revelation that two unnamed members of the Commission – most likely Richard Russell and Hale Boggs – remained unconvinced by FBI evidence that the fatal shot had been fired from the Texas School Book Depository. 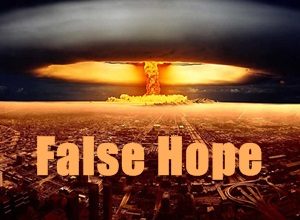 1996 – The United States and 70 other nations signed the Comprehensive Nuclear-Test-Ban Treaty designed to end all testing and development of nuclear weapons.
That all sounds wonderful but it is still not in effect because… as of 2020, 168 nations have signed and ratified the treaty but another 17 have signed but not ratified it.
Among the latter are China, Egypt, Iran, Israel and the United States.
India, North Korea and Pakistan have not signed it. 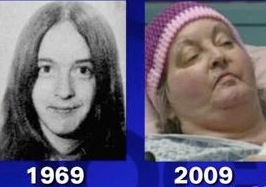 2009 – Convicted murderer Susan Atkins, a member of the “Manson family”, died.
The cause of death was announced as natural causes by the California Department of Corrections. A year earlier, Atkins had received a diagnosis of brain cancer and had a leg amputated.
Atkins was convicted for her participation in eight killings, including the most notorious, the “Tate/LaBianca” murders. She was sentenced to death, which was subsequently commuted to life in prison. 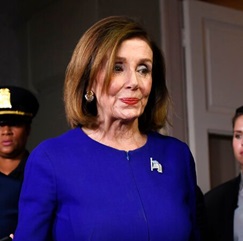 2019 – House Speaker Nancy Pelosi announced that six committees of the House of Representatives would begin a formal impeachment inquiry into President Donald Trump.
Pelosi accused Trump of betraying his oath of office, U.S. national security, and the integrity of the country’s elections.