“The United States in general and the army in particular is in a hell of a mess and there seems to be no end to it . We disregard the lessons of history. Even the most enlightened of our politicians are blind and mad with self-delusion. They believe what they wish may occur not what history teaches will happen. “
~Gen. George Patton 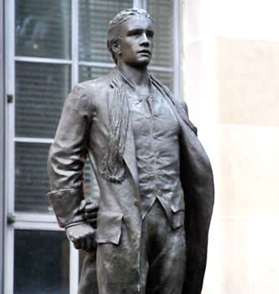 1776 – At 11:00 AM, 21-year old Nathan Hale, a former schoolteacher, Yale graduate and captain in the Continental Army, was executed as a spy.
Whether Hale actually spoke the line attributed to him just moments before his hanging has long been debated.
The quote comes from a British engineer, John Montresor, who guarded Hale and witnessed the hanging.
Captain Montresor was touched by Hale’s composure and sense of gentle dignity and high intentions. Montresor quoted Nathan’s words on the gallows as “I only regret that I have but one life to lose for my country.”
Statues dedicated to Hale – such as the one shown above – typically show him with feet tied together and arms bound behind his back at the moment of his execution. 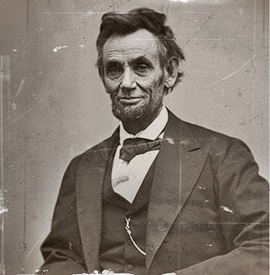 1862 – President Abraham Lincoln issued a preliminary Emancipation Proclamation, in which he said he would order the emancipation of all slaves in any state (or designated part of a state) that did not end their rebellion against the Union by January 1, 1863.
None of the Confederate states restored themselves to the Union, and Lincoln’s executive order, signed and issued on the date he promised, took effect. 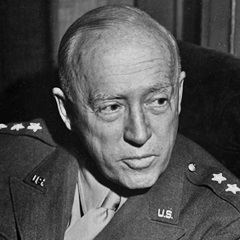 1945 – Gen. George S. Patton told reporters that he did not see the need for “this denazification thing” and compared the controversy over Nazism to a “Democratic and Republican election fight.”
Once again, ‘Blood and Guts’ had put his foot in his mouth.
His statements questioning the policy resulted in General Dwight Eisenhower removing him as U.S. commander in Bavaria. He was transferred to the 15th Army Group, but in December 1945 he suffered a broken neck in a car accident and died less than two weeks later at the age of 60. 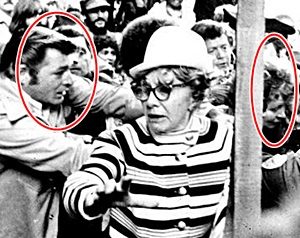 1975 – Just seventeen days after the first attempt on his life, President Gerald Ford was the subject of another assassination attempt when Sara Jane Moore fired a single shot at him in San Francisco.
By sheer coincidence, standing beside her was Oliver Sipple, a 33-year-old decorated U.S. Marine and Vietnam veteran. After Moore took her first shot – and missed Ford’s head by inches – Sipple sprang into action.
He quickly grabbed Moore’s arm as her second shot was fired, sending the bullet far from her intended target. Immediately after the event occurred, Sipple was hailed a hero by the public. But his status was short-lived.
Sipple had been working on a political campaign for Harvey Milk, a friend and colleague. Without seeking Sipple’s permission, Milk alerted the press that his good friend Oliver Sipple was – like Harvey Milk – gay.
While Sipple was indeed gay, he had not come out to his family or friends back home in Detroit.
It was a situation they were stunned by and completely unprepared to deal with and it caused an irreparable rift in their relationship.
His family disowned him – not even allowing him to attend his mother’s funeral.
Sipple’s mental and physical health sharply declined over the years. He drank heavily and was diagnosed with schizophrenia.
On February 2, 1989, an acquaintance found Sipple dead in his San Francisco apartment, with a bottle of Jack Daniel’s next to him and the television still on. He had been dead for approximately 10 days.
The hero died alone. He was 47. 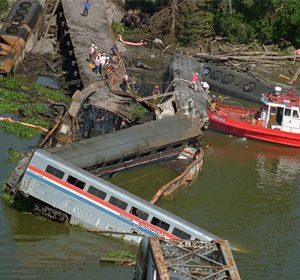 1993 – An Amtrak train derailed on the Big Bayou Canot Bridge near Mobile, Alabama.
The derailment was caused by displacement of a bridge span and deformation of the rails when a tow of heavy barges collided with the rail bridge eight minutes earlier.
47 people were killed and 103 more were injured.