This is going to be another memory-packed week of great music!
1966 had twenty-seven #1 hits and beginning today, we’re going to play them all … in chronological order.

By the way, the first #1 in this medley wasn’t exactly a new song for 1966. The original acoustic version of the song was recorded in March 1964 and made no impact when released. When producer Tom Wilson added electric instruments and drums to the mix, the single was released again in September 1965 and made it to #1 the first week of the new year (this is called a Rock Factoid, boys and girls). 🙂

Today’s medley starts with that #1 song on January 1 and takes us through April 29.
By the time we’re finished with the #1’s from 1966 on Thursday, we’ll still have time on Friday to play a long medley of songs that came close to the top but didn’t quite make it.
Yeah, it was another very fine year for music fans. I hope you enjoy the memories. 🙂 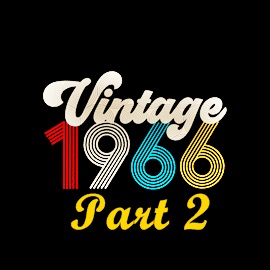