“People of many faiths are gathered to say to this nation and to the world for those who have lost their lives—innocent lives, in unspeakable tragedy, and through horrible violence visited on this nation – that those of us who are gathered here – Muslim, Jew, Christian, Sikh, Buddhist, Hindu – indeed, all people of faith – know that love is stronger than hate and that love lived out in justice will, in the end, prevail.”
~The Rt. Rev. Jane Holmes Dixon
Washington National Cathedral
National Day of Prayer and Remembrance 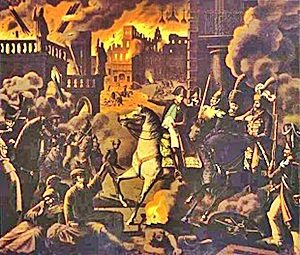 1812 – The Great Fire of Moscow began as Napoleon approached the city after the Battle of Borodino.
The prevailing theory behind the fire is that Count Fyodor Vasilyevich Rostopchin, the Governor-General of Moscow, gave orders to have the Kremlin and major public buildings (including churches and monasteries) either blown up or set on fire.
The damages were staggering. 6,500 of 9,100 private houses were destroyed along with 8,250 retail shops and warehouses and 122 churches.
Napoleon and his Grande Armée spent over a month in Moscow, hoping the Czar would respond to the French peace offers. After these efforts failed, the French set out on October 19 and began their epic – and disastrous – retreat over the famous Russian winter. 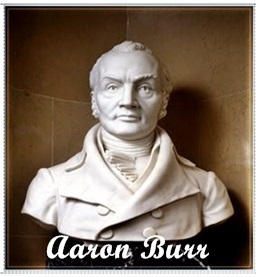 1836 – Aaron Burr died from complications of a stroke. He was 80.
He served as Vice President in the administration of President Thomas Jefferson. Nearing the end of his term, he challenged Alexander Hamilton, the former Secretary of the Treasury, to a duel for besmirching his reputation.
On the morning of July 11, 1804, Burr shot Hamilton (who died the following day) in their infamous duel at Weehawken, New Jersey. Burr was charged with murder in New York and New Jersey, but neither charge reached trial and he was able to complete his vice-presidential term.
In 1807, he was brought to trial on charges of conspiracy for leading a military charge against Spanish Territory and for trying to separate territories from the United States. He was acquitted of the charges but the conspiracy scandal ended his political career.
Karma Factoid: At the of age 77, Burr married Eliza Jumel, a wealthy widow who was 19 years younger. Soon after the marriage, she realized her fortune was dwindling due to Burr’s land speculation losses.
She separated from Burr after four months of marriage. The divorce was officially completed on September 14, 1836, the day of Burr’s death … but here’s the “Karma” part…
Her divorce lawyer was … Alexander Hamilton Jr. 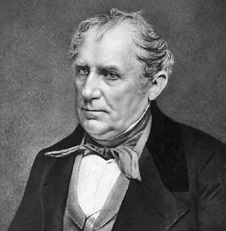 1851 – Author James Fenimore Cooper died one day before his 62nd birthday.
One of the most popular 19th-century American authors, his lasting reputation today rests largely upon the five epic Leatherstocking tales; The Prairie, The Pioneers, The Pathfinder, The Last of The Mohicans, and The Deerslayer.
Inspiration Factoid: My love of history came from reading the collected works of three authors; World War II historian William L. Shirer, Civil War historian Shelby Foote, and most definitely James Fenimore Cooper. 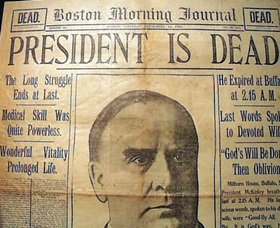 1901 – President William McKinley died eight days after being shot by Leon Czolgosz, a deranged anarchist, during the Pan-American Exposition in Buffalo, New York.
Czolgosz had shot McKinley twice at close range. One bullet deflected off a suit button, but the other entered his stomach, passed through the kidneys, and lodged in his back. When he was operated on, doctors failed to find the bullet, and gangrene soon spread throughout his body.
Czolgosz was convicted of murder and executed on October 29, 1901. 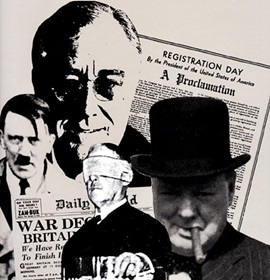 1940 – Congress passed the Selective Training and Service Act, providing for the first peacetime draft in U.S. history. President Franklin Roosevelt signed it two days later.
The act required all men between the ages of 21 and 36 to register for the draft. If drafted, a man would serve on active duty for 12 months, and then in a reserve component for 10 years or until he reached the age of 45, whichever came first.
Although the United States was not at war, many government officials believed the U.S. would eventually be drawn into one. With the fall of France to the Nazis in June 1940, Americans were growing uneasy about Great Britain’s ability to defeat Germany on its own.
Postscript: By the early summer of 1941, President Roosevelt asked the U.S. Congress to extend the term of duty for the draftees beyond twelve months to a total of thirty months, plus any additional time that he could deem necessary for national security.
The House of Representatives approved the extension by a single vote; while the Senate approved it by a large margin.
After the U.S. entered World War II, amendments to the Selective Training and Service Act on December 20, 1941, made all men between the ages of 20 and 44 liable for military service, and required all men between the ages of 18 and 64 to register.
Another amendment signed on November 13, 1942, called on all 18- and 19-year-olds to register for military service.
From 1940 until 1947 – when the wartime Selective Training and Service Act expired after extensions by Congress – over ten million men were inducted. 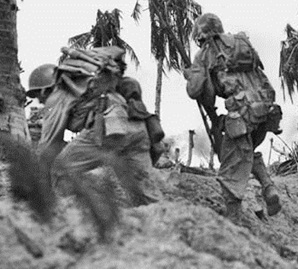 1944 – The U.S. 1st Marine Division landed on the island of Peleliu, one of the Palau Islands in the Pacific, as part of a larger operation to provide support for Gen. Douglas MacArthur, who was preparing to invade the Philippines. The cost in American lives would prove historic.
Within one week of the invasion, the Marines lost 4,000 men. By the time it was all over, that number would surpass 9,000. The Japanese lost more than 13,000 men. Flamethrowers and bombs finally subdued the island for the Americans.
In the end, MacArthur invaded the Philippines without need of Army or Marine protection from Peleliu so the loss of American lives proved pointless. 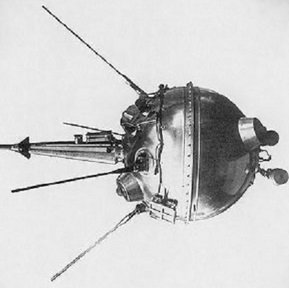 1959 – The Soviet space probe Luna 2 became the first man-made object to reach the moon as it crashed onto the lunar surface.
The object, weighing 858.4 pounds, crashed into the moon at a speed of about 7,500 miles an hour. 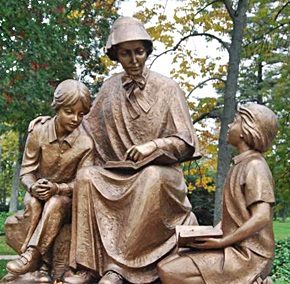 1975 – Elizabeth Ann Seton – founder of the United States’ first religious order (The Sisters of Charity of St. Joseph) was canonized by Pope Paul VI at the Vatican in Rome, becoming the first American-born Catholic saint. 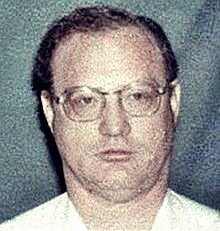 1989 – In Louisville, Kentucky, Joseph T. Wesbecker, a 47-year-old pressman, killed eight people and injured twelve at his former workplace, Standard Gravure, before committing suicide.
The shooting was the deadliest mass shooting in Kentucky’s history. The murders resulted in a high-profile lawsuit against Eli Lilly and Company, manufacturers of the antidepressant drug Prozac, which Wesbecker had begun taking during the month prior to his shooting rampage. 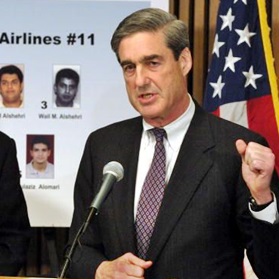 2001 – Within minutes of the September 11 attacks, the Federal Bureau of Investigation had opened the largest FBI investigation in United States history.
On this date, just three days after the hijacking of American Airlines Flight 11, United Airlines Flight 175, American Airlines Flight 77, and United Airlines Flight 93, the FBI announced the names of the 19 people they declared were the hijackers involved.
The head of the department was Robert Mueller. He had been FBI Director for only a week before the attacks but he said he had “a fairly high level of confidence” that the FBI knew the names of the hijackers The suspects were, according to FBI statements, quickly identified because few made any attempt to disguise their names on flight and credit card records. 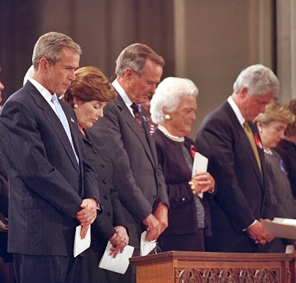 2001 – A National Prayer Service held at Washington National Cathedral for victims of the September 11 attacks was led by Rev. Billy Graham, with President George W. Bush and past and present top officials in attendance.
A memorial service was held on Parliament Hill in Ottawa, which Canadian Prime Minister Jean Chrétien presided over. More than 100,000 people attended.
In fact, church and memorial services were held throughout the world. They include a special service held in London, which was attended by Queen Elizabeth and 1,500 mourners. A three-minute silence at noon was observed throughout Europe.
The Star-Spangled Banner was sung in front of the Brandenburg Gate in Berlin and at mass gatherings in Edinburgh and Paris. National days of mourning were observed in Ireland and South Korea. 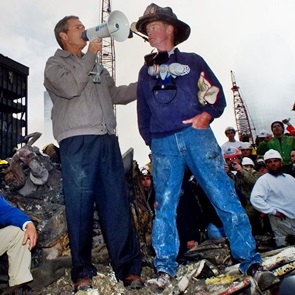 2001 – President George Bush stood at Ground Zero where the ruins of the twin towers of the World Trade Center were still smoldering.
As he conducted his tour, Bush suddenly climbed on top of the remnants of a burned fire truck and put his arm around firefighter Bob Beckwith. The president grabbed a bullhorn and started thanking the firefighters and other first responders at the scene, telling them that they were in the country’s prayers.