Today we look back at the July 17 release of five singles; a supreme flop, a global sensation, a cover song that blew the original away, a mellow hit with a slight twist, and the most beloved single from a legendary Australian band. And we’re also throwing in a birthday for your consideration! 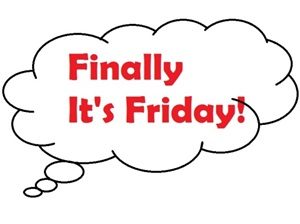 On July 17, 1961 (59 years ago today!), the Supremes released their second single. It would be their last for the Tamla label before moving to the Motown.
It is not only one of the rare singles to feature Florence Ballard on lead, but the only one with her as the sole lead. The background vocals were handled by Diane (later to be known as Diana) Ross, Mary Wilson and Barbara Martin (in her last recording with the group).
The single failed to chart … anywhere, and Ross became the primary lead singer after that.

On July 17, 1967 (53 years ago today!), the Beatles released this single in the U.S.
The song was Britain’s contribution to Our World, the first live global television link, for which the band were filmed performing it at EMI Studios in London on 25 June. The program was broadcast via satellite and seen by an audience of over 400 million in 25 countries.
John Lennon’s lyrics were deliberately simplistic, to allow for the show’s international audience, and captured the utopian ideals associated with the Summer of Love.
The single topped sales charts in Britain, the United States and nine other countries, and became an anthem for the counterculture’s embrace of flower power philosophy.
The song later served as the moral for the Beatles’ 1968 animated film Yellow Submarine.

On July 17, 1968 (52 years ago today!), Deep Purple released their version of Hush ten months after Billy Joe Royal had reached #52 with his original recording.
Deep Purple’s recording came from their 1968 debut album Shades of Deep Purple and became the group’s first hit single, peaking at # 2 in Canada and #4 on the Billboard Hot 100.
It went largely unnoticed (#58) in their native England.

On July 17, 1972 (48 years ago today!), Bread released this single.
A mixture of the sounds of soft rock, including strings and acoustic guitar, and the addition of a wah-wah effect electric guitar played by Larry Knechtel, it peaked at #11 on the Billboard Hot 100.
Although Jimmy Griffin was the primary lead guitarist in the group, Knechtel – who usually handled bass guitar and keyboards – was more than qualified to handle the guitar on this one.
He was a longtime member of the Wrecking Crew, a collection of Los Angeles-based session musicians, and was a gifted musician on several instruments. He played bass guitar on the Byrds’ Mr. Tambourine Man and won a Grammy Award for his piano work on Bridge Over Troubled Water by Simon and Garfunkel.
By the way, Knechtel is the guy shown on the far right in the video. He died in 2009 at the age of 69 after suffering a heart attack.

On July 17, 1978 (42 years ago today!), the Little River Band released a single which would became the band’s greatest success in the United States, peaking at #3 on the Billboard Hot 100.
Reminiscing – with nostalgic references in the lyrics to a Glenn Miller concert and to the Cole Porter song Night and Day – was given a BMI Five Million-Air award for five million plays on U.S. radio – the highest achievement ever for any Australian pop song.

Once again, it’s time to throw the chronological thing out the window. Today we’re going to end the column with a birthday.
On July 17, 1942 (78 years ago today!), Gale Garnett was born in New Zealand.
She moved to Canada with her family when she was 11 and made her New York nightclub debut in 1963.
In the fall of 1964, Garnett scored a #4 pop hit with her original composition We’ll Sing In The Sunshine which won a 1965 Grammy for Best Folk Recording.
Garnett continued to record through the rest of the 1960s with her backing band the Gentle Reign, but Lovin’ Place (#54) was her only other single to chart in America.