Streamingoldies > Daily History > On May 2…

“The minute the FBI begins making recommendations on what should be done with its information, it becomes a Gestapo.”
~J. Edgar Hoover
Director, Federal Bureau of Investigation 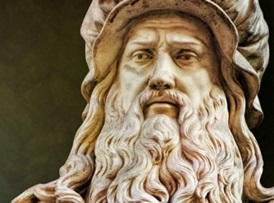 1519 – Italian Renaissance artist Leonardo da Vinci (The Last Supper, Virgin Of The Rocks and Mona Lisa, to name just a few) died of natural causes at the age of 67. 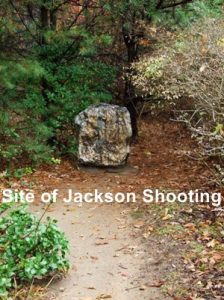 1863 – In one of the most stunning upsets of the war, a vastly outnumbered Army of Northern Virginia, led by General Thomas “Stonewall” Jackson, administered a devastating defeat to General Joseph Hooker’s Army of the Potomac at the Battle of Chancellorsville in Virginia.
The news wasn’t all good for the Confederates.
General Jackson was mortally wounded by “friendly fire” (Confederate soldiers from the 18th North Carolina Infantry regiment) as he returned from a scouting mission in the dark.
Jackson’s arm was amputated the next morning, and he never recovered, dying of complications from pneumonia eight days later. 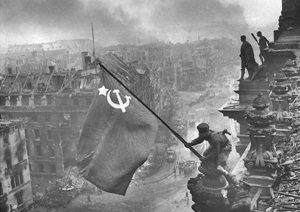 1945 – The Battle of Berlin, which had started on April 16, ended when General der Artillerie Helmuth Weidling, commander of the Berlin Defense Area, unconditionally surrendered the city to General Vasily Chuikov, commander of the Soviet 8th Guards Army.
Soldiers Raqymzhan Qoshqarbaev and Georgij Bulatov raised the Soviet Union flag on the roof of the Reichstag building in Berlin.
Soviet forces sustained 81,000 dead in the 16-day operation. Another 280,000 were reported wounded.
German losses, according to Soviet records, were 100,000 killed, 220,000 wounded, and 480,000 captured.
The number of civilian casualties is unknown, but 125,000 are estimated to have perished during the entire operation. 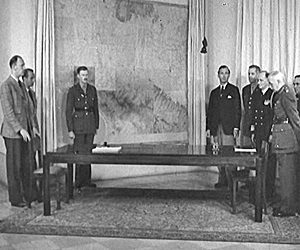 1945 – German forces in Italy formally surrendered to the Allies.
British Field Marshal Harold Alexander claimed the “Surrender of Caserta” shortened the war in Europe by six to eight weeks and saved Northern Italy from more destruction along with tens of thousands of lives.
German Commander-in-Chief of Army Group C Heinrich von Vietinghoff stated his German troops had no ammunition left so further destruction would have been impossible. 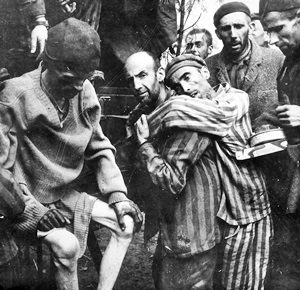 1945 – The 8th Infantry Division and the 82nd Airborne Division liberated Wöbbelin Concentration Camp near the city of Ludwigslust, Germany.
Living conditions in the camp were deplorable. There was little food or water and some prisoners had resorted to cannibalism. When the troops arrived, they found about 1,000 inmates dead in the camp.
In the aftermath, the U.S. Army ordered the townspeople in Ludwigslust to visit the camp and bury the dead. 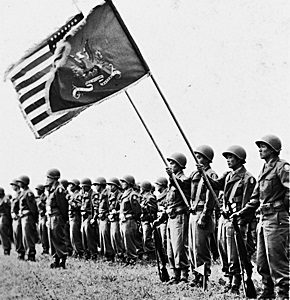 1945 – A death march from Dachau to the Austrian border was halted by the segregated 522nd Field Artillery Battalion of the U.S. Army in southern Bavaria, saving several hundred prisoners.
The regiment – the most decorated unit in U.S. military history – is best known for its history as a fighting unit composed almost entirely of second-generation American soldiers of Japanese ancestry. Many of the soldiers from the continental U.S. had families in American internment camps while they fought abroad. 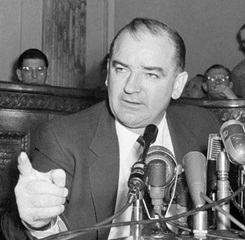 1957 – Senator Joseph McCarthy (R-Wisconsin) succumbed to illness exacerbated by alcoholism at the age 48.
McCarthy had been a key figure in the anti-communist hysteria popularly known as the “Red Scare” that engulfed the United States in the years following World War II.
After his 1954 censure by the U.S. Senate (for “conduct that tends to bring the Senate into dishonor and disrepute”), McCarthy continued senatorial duties for another two and a half years, but his career as a major public figure had been unmistakably ruined. 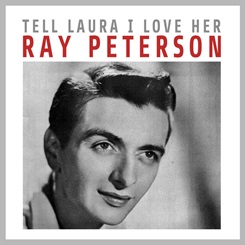 1960 – Ray Peterson recorded Tell Laura I Love Her.
When it was released as a single on RCA Victor Records, the song reached #7 on the Billboard Hot 100 chart.
Bad Taste Factoid: Decca Records in England decided not to release the recording on the grounds that it was “too tasteless and vulgar” and destroyed about twenty-five thousand copies that had already been pressed. 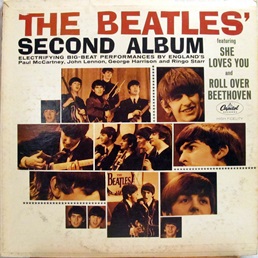 1964 – The Beatles second album on Capitol Records (cleverly titled The Beatles’ Second Album) shot to #1 on the album chart just three weeks after its release, knocking Meet The Beatles from the top spot.
It really wasn’t a new album. The songs, chosen by Capitol, came from a backlog of 25 songs issued by EMI in Britain from 1962 onwards, but had yet to be issued by Capitol.
Regardless of its origins, the album stands as probably best pure rock and roll album ever issued of the group’s music. It managed to avoid any trace of pop ballads and the result was the longest uninterrupted body of rock and roll and R&B in their entire output. 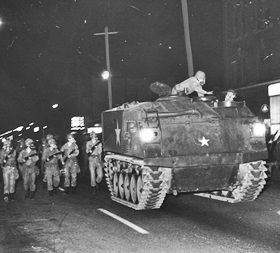 1970 – Believing that radicals and the SDS had initiated a disturbance at Kent State University, Mayor Leroy Satrom called Ohio Governor James A. Rhodes and informed his Administrative Assistant – erroneously – that “SDS (Students for a Democratic Society) students had taken over a portion of Kent.”
Nine hours later, the Ohio National Guard arrived.
The story continues tomorrow. 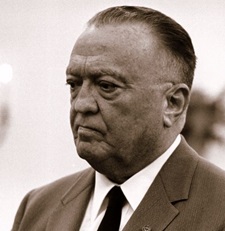 1972 – After nearly five decades as director of the Federal Bureau of Investigation, J. Edgar Hoover died from heart disease at the age of 77.

Personal Opinion – The Good: Hoover has been credited with building the FBI into a larger crime-fighting agency than it was at its inception and with instituting a number of modernizations to police technology, such as a centralized fingerprint file and forensic laboratories.
Personal Opinion – The Bad: He did, however, abuse the justice system he was sworn to uphold. He illegally tapped the telephones of government officials and maintained files of politicians; using that information as a Sword of Damocles precariously perched above their heads.
Personal Opinion – The Ugly: His informers, infiltrators and wire tappers delved into the activities of even the most innocuous and nonviolent civil rights and antiwar groups, trampling on the rights of citizens to express grievances against the government. His spies within potentially dangerous extremist groups sometimes provoked more violence than they prevented.
Idle Thought: The fact that such a man could acquire and keep that kind of power raises disturbing questions not merely about the role of a national police in a democracy, but also about the political system that tolerated him for so long. 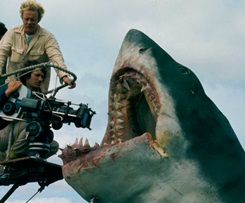 1974 – Filming got underway for the motion picture, Jaws, on Martha’s Vineyard, MA.
What was to be a 58-day shooting schedule for the film inspired by the Peter Benchley novel soon gave way to 120 days. Costs soared from what was to be a $3.5 million project to nearly $8 million.
The film generated $470 million so director Steven Spielberg was forgiven. 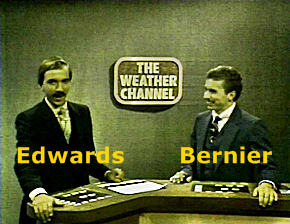 1982 – The Weather Channel debuted at 8:00 p.m. Eastern Time, anchored by meteorologists Bruce Edwards and André Bernier.
Their original slogan was “We Take the Weather Seriously, But Not Ourselves”
This clip from 2012 marked the 30th anniversary of that debut. 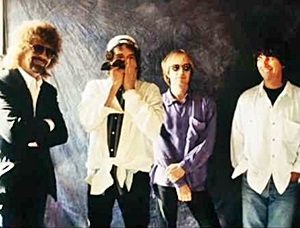 1990 – The Traveling Wilburys recorded The Devil’s Been Busy.
Having Fun Factoid: George Harrison was having so much fun he decided to “get the sitar out of the closet” and play it again. 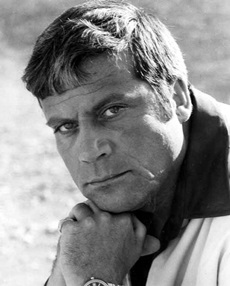 1999 – Actor Oliver Reed (The Three Musketeers, Oliver!, Gladiator) died of a heart attack at the age of 61. 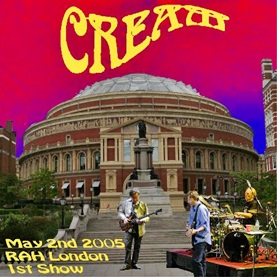 2005 – Eric Clapton, Ginger Baker and Jack Bruce reunited as Cream at London’s Royal Albert Hall … thirty-six years after they had split up. 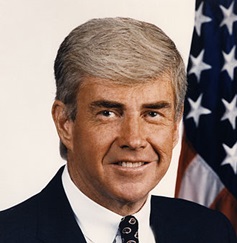 2009 – Jack Kemp, quarterback for the San Diego Chargers and Buffalo Bills, nine term congressman from New York, and the running mate of presidential nominee Bob Dole in 1996, died of cancer at the age of 73. 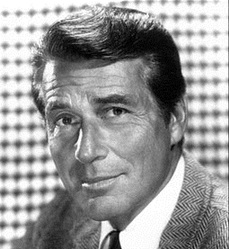