“I got a phone call from Lory. She was screaming. She said, ‘He’s dead!’ I couldn’t grasp it. I went to the morgue to identify his body. Whatever physical damage Conor suffered in the fall, by the time I saw him they had restored his body to some normality. I remember looking at his beautiful face in repose and thinking, ‘This isn’t my son. It looks a bit like him, but he’s gone.'”
~Eric Clapton 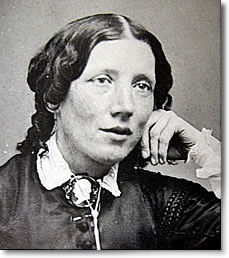 1852 – Harriet Beecher Stowe’s Uncle Tom’s Cabin was published in book form.
The story first appeared as a 40-week serial in The National Era, an abolitionist periodical, starting with the June 5, 1851, issue. It was originally intended as a shorter narrative that would run for only a few weeks.
Because of the story’s popularity, publisher John P. Jewett contacted Stowe about turning the serial into a book. While Stowe questioned if anyone would read Uncle Tom’s Cabin in book form, she eventually consented to the request.
The novel ignited a firestorm of protest from defenders of slavery, but elicited praise from abolitionists. In the first year of publication, 300,000 copies of the novel were sold.
It was the best-selling novel of the 19th century and the second best-selling book of that century, following the Holy Bible. 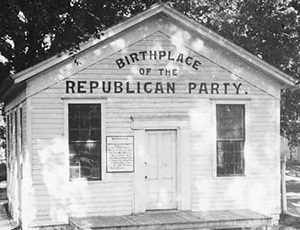 1854 – The Republican Party of the United States was organized in Ripon, Wisconsin.
It was organized by forces opposed to the expansion of slavery. The party grew out of opposition to the Kansas–Nebraska Act, which repealed the Missouri Compromise and opened Kansas Territory and Nebraska Territory to slavery and future admission as slave states.
At the first public meeting, 30 opponents of the general anti-Nebraska movement met in the Little White Schoolhouse of Ripon. The group insisted that no further political compromise with slavery was possible.
The Republican Party first came to power in the elections of 1860 when it won control of both houses of Congress and its candidate, former congressman Abraham Lincoln, was elected President.
Under Republican congressional leadership, the Thirteenth Amendment to the United States Constitution – which banned slavery in the United States – passed the Senate in 1864 and the House in 1865; it was ratified in December 1865. 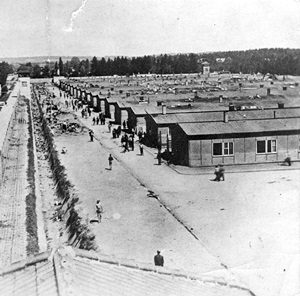 1933 – The Concentration Camp at Dachau was opened with the arrival of about 200 prisoners from Stadelheim Prison in Munich and the Landsberg fortress.
Heinrich Himmler, then Chief of Police in Munich, said the unused gunpowder and munitions factory, located about 10 miles from Munich, would be “the first concentration camp for political prisoners” to be used to restore calm to Germany.
However, its purpose was later enlarged to include forced labor, and, eventually, the imprisonment of Jews, German and Austrian criminals, and finally foreign nationals from countries that Germany occupied or invaded.
The Dachau camp system grew to include nearly 100 sub-camps, which were located throughout southern Germany and Austria. 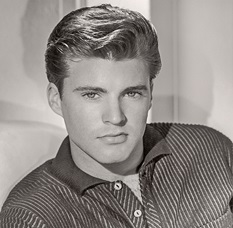 1961 – Ricky Nelson recorded Hello Mary Lou.
The song, issued as the B-side of his #1 hit Travelin’ Man, reached #9 on the Billboard music charts.
Plagiarism Factoid: Hello Mary Lou — written by Gene Pitney – was considered to be similar to an earlier song, Merry, Merry Lou, written by Cayet Mangiaracina and recorded by his band, the Sparks in 1957.
When Hello Mary Lou was released, the publisher of Merry, Merry Lou, Champion Music (an arm of Decca Records), sued for plagiarism and a settlement was reached.
Mangiaracina was given co-writing credit for Hello Mary Lou and a share of the song’s royalties, while Champion received a share of the publishing.
Were they really similar? I’ll let you decide. 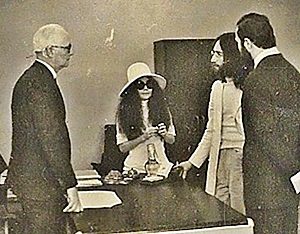 1969 – John Lennon and Yoko Ono were married at the British Consulate Office in Gibraltar.
Their wedding was followed by a honeymoon which wasn’t low key. Instead, Lennon and Ono staged a “Bed-In” for peace the week of March 25-31 at the Amsterdam Hilton Hotel, surrounded by the press.
Best Man Factoid: Remember the line from the Beatles’ The Ballad of John and Yoko (“Peter Brown called to say ‘You can make it OK, you can get married in Gibraltar near Spain'”)?
That’s Peter, standing to John’s left at the ceremony. 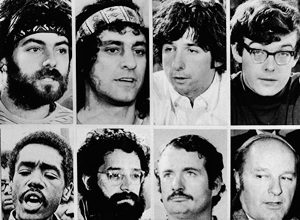 1969 – The events surrounding the Democratic National Convention resulted in eight indictments.
The convention was held in Chicago in late August to select the party’s candidates for the November 1968 presidential election. Prior to and during the convention – which took place at the International Amphitheatre – rallies, demonstrations, marches, and attempted marches took place on the streets and in the lakefront parks, primarily in protest of President Lyndon B. Johnson’s policies for the Vietnam War, policies which were vigorously contested during the presidential primary campaign and inside the convention.
Over the course of five days and nights, the police made numerous arrests, in addition to using tear gas, mace, and batons on the marchers. Hundreds of police officers and protesters were injured. Dozens of journalists covering the actions were also clubbed by police or had cameras smashed and film confiscated.

Chicago Mayor Daley had strenuously argued for prosecution but Ramsey Clark, who was Lyndon Johnson’s attorney general, didn’t think there was a case. He thought that there was actually more evidence against the police, who had violated the civil rights of the protesters in Chicago.
However, in 1969, Richard Nixon took office and appointed John Mitchell as the new attorney general. Mitchell – who was later convicted for his role in the Watergate conspiracy – was much more receptive to Daley, and decided to prosecute the Chicago Eight under the new federal anti-riot law.
In the aftermath of what was later characterized as a “police riot” by the U.S. National Commission on the Causes and Prevention of Violence, a federal grand jury indicted eight demonstrators, shown above:
(Top row L-R) Jerry Rubin, Abbie Hoffman, Tom Hayden, Rennie Davis
(Bottom Row L-R) Bobby Seale, Lee Weiner, John Froines, and David Dellinger.
The Chicago Eight Trial quickly became the Chicago Seven when Seale, after loudly disrupting the trial, was at first bound and gagged in the courtroom by Judge Julius Hoffman, and then severed from the case for a later trial, which never occurred, but did inspire Graham Nash to write a song.
On February 18, 1970, each of the seven defendants was acquitted of conspiracy. Two (Froines and Weiner) were acquitted completely, while the remaining five were convicted of crossing state lines with the intent to incite a riot. On February 20, they were sentenced to five years in prison and fined $5,000 each.
On November 21, 1972, all of the convictions were reversed by the U.S. Court of Appeals for the Seventh Circuit on the basis that the judge was biased in his refusal to permit defense attorneys to screen prospective jurors for cultural and racial bias, and the FBI surveillance of the defense lawyers’ offices.
Lyric Factoid: The “Don’t ask Jack to help you ’cause he’ll turn the other ear” lyric has long intrigued and puzzled listeners. Who was Jack?
“Jack is a term used by many as a kind of generic word,” Nash later explained, “and the ‘Jack’ in the song refers to those people for whom the Chicago issue was not “their problem.” 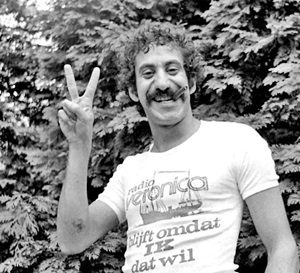 1973 – Jim Croce released Bad, Bad Leroy Brown.
Released as part of his album Life and Times, the song was a #1 hit for him, spending two weeks at the top of the Billboard Hot 100. 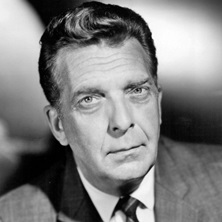 1974 – Chet Huntley died of lung cancer at the age of 62.
He was best known for co-anchoring NBC’s evening news program, The Huntley–Brinkley Report, for 14 years beginning in 1956.
Following his retirement in 1970, he conceived and built Big Sky, a ski resort south of Bozeman, Montana. He died three days before the resort’s opening ceremonies. 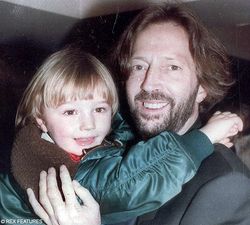 1991 – Conor Clapton, the 4-year old son of Eric Clapton, died after falling from the 53rd-story window of a New York City apartment building.
Clapton had Conor with Italian actress Lory Del Santo who had custody of their son. The day prior to Conor’s death, Clapton had taken him on a special day out to the circus at Long Island. It was the first time he had taken his son out by himself.
On this date, Clapton was due to arrive to pick up Conor for another day out, this time to the Bronx Zoo and lunch at an Italian restaurant.
Conor was running around the apartment in the high-rise his mother shared with Italian film producer Silvio Sardi.
A maintenance worker had been working on the windows in the living room but one was still open.
He called out to the nanny to watch the child, but before she could react, Conor dashed past her, jumped up on to the low window-ledge where he’d normally press his nose against the glass to gaze out – and disappeared.
Love Letter Factoid:“Conor had said to me a few days before he died, ‘Mommy, I want to write to daddy. What should I write?'” Del Santo recalled in 2006.
He wrote … 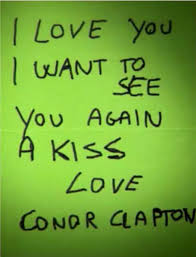 The letter was sent to Eric’s address in London.
He received it just days after the funeral. 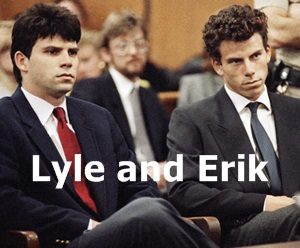 1996 – A jury in Los Angeles convicted Lyle and Erik Menendez of first-degree murder in the shotgun slayings of their millionaire parents.
In January 1994, two separate juries could not choose between murder and manslaughter verdicts after the brothers admitted killing their parents but said they had acted in self-defense, fearing that their parents would kill them after years of abuse.
The abuse rationale, the centerpiece of the defense, became largely a moot point when early in the retrial, Judge Stanley Weisberg ruled that the defense had shown insufficient evidence that the brothers had been sexually and psychologically abused by their father and had killed out of duress and fear.
On July 2, 1996, Weisberg sentenced the brothers to life in prison without the possibility of parole, and also sentenced them to consecutive sentences for the murders and the charges of conspiracy to commit murder.
The California Department of Corrections separated the brothers and sent them to different prisons, where they remained until February 2018 when Lyle was moved from Mule Creek State Prison in Northern California to the Richard J. Donovan Correctional Facility in San Diego County.
They were housed in separate units until April 4, 2018 when Lyle was moved to the same housing unit as Erik, reuniting them for the first time since they began serving their sentences nearly 22 years earlier. 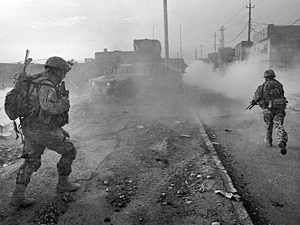 2003 – British and U.S. ground troops (with smaller contingents from Australia, Denmark and Poland) moved into the demilitarized zone between Iraq and its neighbor, Kuwait, and then into Iraq itself.
During the night, 12 British military personnel and four American troops were killed when a transport helicopter crashed.
Though Saddam Hussein had declared in early March 2003 that, “it is without doubt that the faithful will be victorious against aggression,” he went into hiding soon after the invasion.
Coalition forces were able to topple his regime and capture Iraq’s major cities in just three weeks.

If you’re wondering where the “Weekend Bonus” information is, it’s not here because I will be posting individual columns on March 21 and March 22.