“The past remains integral to us all, individually and collectively. We must concede the ancients their place, but their place is not simply back there in a separate and foreign country; it is assimilated in ourselves, and resurrected into an ever-changing present.”
~David Lowenthal 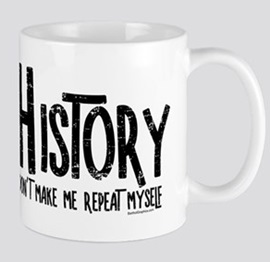 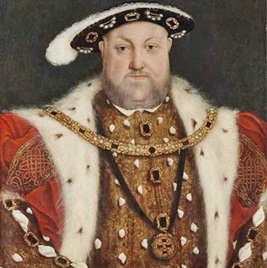 1547 – King Henry VIII died at the age of 55. At the time of his death, his waist measured 54 inches and he weighed nearly 400 pounds.
As a young adult, Henry had been described as “one of the most charismatic rulers to sit on the English throne,” but an accident at a jousting tournament in 1536 changed both his personality and physical health.
He was in full armor and was thrown from his horse, itself armored, which then fell on top of him. He was unconscious for two hours and was thought at first to have been fatally injured.
But, although he recovered, the incident aggravated serious leg problems which plagued him for the rest of his life, and may well have caused an undetected brain injury which profoundly affected his personality. 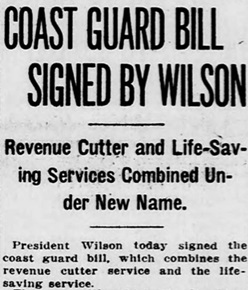 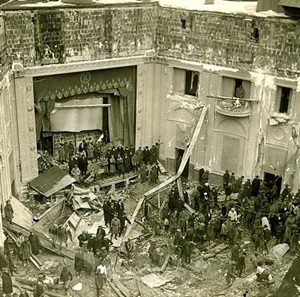 1922 – A blizzard dumped a measured 28 inches of snow at the main observing site in Washington, D.C. Railroad lines between Philadelphia and Washington were covered by at least 36 inches of snow, with drifts as high as 16 feet.
Congress adjourned as a result of the storm, but the storm will always be remembered for the collapse of the Knickerbocker Theatre roof while a movie was playing.
The roof was flat, which allowed the snow which had recently fallen to remain on the roof. During the movie’s intermission – and in a storm like that, why was anyone at the movies? – the weight of the heavy, wet snow became too much for the roof to bear. The roof split down the middle, bringing down the balcony seating as well as a portion of the brick wall, killing 98 people and injuring another 133.
The disaster ranks as one of the worst in Washington, D.C. history. Congressman Andrew Jackson Barchfeld was among those killed in the theater. The theater’s architect, Reginald Wyckliffe Geare, and owner, Harry M. Crandall, later committed suicide. 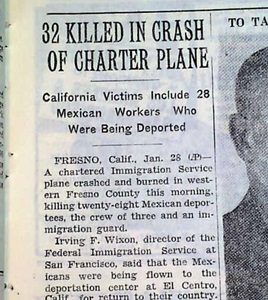 1948 – A twin-engine DC-3C chartered by the U.S. Immigration Service crashed in western Fresno County’s Los Gatos Canyon, killing all 32 people on board, including 28 Mexican farm workers being deported by the U.S. Immigration Service.
The crash inspired folk singer Woody Guthrie to write a song about what he considered the racist mistreatment of the passengers before and after the accident. The genesis of Deportee (Plane Wreck At Los Gatos) occurred when Guthrie was struck by the fact that radio and newspaper coverage of the Los Gatos plane crash listed the names of the American flight crew and security guard, but did not give the Mexican victims’ names, referring to them merely as “deportees.”
The song was immortalized by Pete Seeger but Arlo Guthrie’s recording of his father’s song remains my personal favorite version. 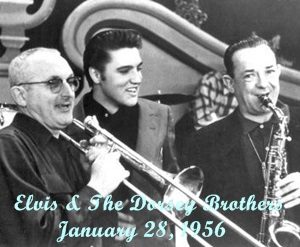 1956 – Elvis Presley made his first national television appearance, appearing on Stage Show, a program produced by Jackie Gleason and hosted by bandleaders Tommy and Jimmy Dorsey.
Gleason was not impressed. “I don’t like this guy. The kid has no right behaving like a sex maniac on a national show. He can’t last. I tell you flatly, he can’t last.”
That didn’t prevent Gleason from booking five more appearances by Presley. 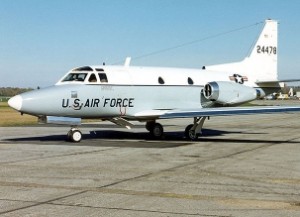 1964 – A USAF T-39 Sabreliner flying over West Germany on a training mission veered nearly 100 miles off course when the pilots became disoriented by a violent storm and crossed into East German airspace.
The jet was shot down by a Soviet MiG-19 near Vogelsberg, killing all three aboard; Captain John F. Lorraine, 34, an instructor pilot; Lieut. Colonel Gerald K. Hannaford, 41; and Captain Donald G. Millard, 33.
The Soviet attack on the plane provoked angry protests from the Department of State and various congressional leaders, but the Soviets said they had every reason to believe that “this was not an error or mistake. It was a clear intrusion.” Soviet officials also claimed that the plane was ordered to land but refused the instructions. 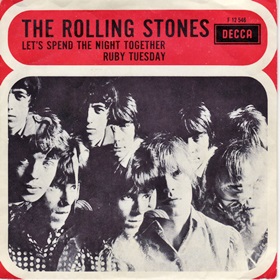 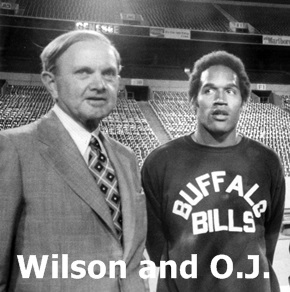 1969 – The first selection 1969 AFL-NFL Draft was held by the AFL’s Buffalo Bills. They drafted USC running back O.J. Simpson.
Simpson asked for what was then the largest contract in professional sports history: $650,000 over five years. The Bills initially refused to consider his demands, but when Simpson threatened to become an actor and skip professional football, Buffalo owner Ralph Wilson relented. 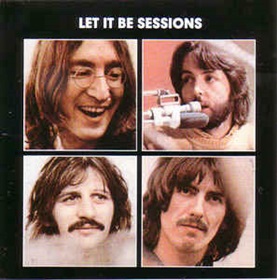 1969 – The Beatles recorded the single version of Don’t Let Me Down.
That evening, Allen Klein met The Beatles together for the first time (having previously met John Lennon). At the time the group was close to buying NEMS, the company formerly owned by Brian Epstein. The money to make the purchase was to be lent to them by EMI as an advance against future royalties.
Klein told them that until he was able to properly examine Lennon’s finances, the NEMS deal shouldn’t go ahead. George Harrison and Ringo Starr asked Klein to also look at their finances. Paul McCartney, unimpressed by the brash American accountant, walked out of the meeting. 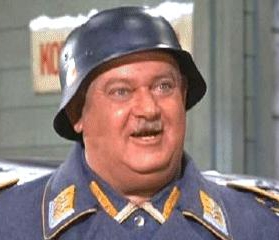 1973 – Actor John Banner (best known for his role as lovable Sergeant Schultz in the television comedy Hogan’s Heroes) died from an abdominal hemorrhage on his 63rd birthday.
Banner was born to Jewish parents in Vienna, Austria-Hungary. He briefly studied for a law degree at the University of Vienna, but decided instead to become an actor.
In 1938, when he was performing with an acting troupe in Switzerland, Adolf Hitler annexed Austria to Nazi Germany. Banner escaped to the United States.
He would later learn that his family members who had remained in Vienna all perished in Nazi concentration camps. 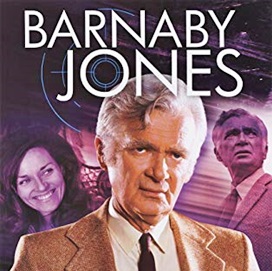 1973 – Barnaby Jones premiered on CBS.
The program featured Buddy Ebsen and Lee Meriwether as a father and daughter-in-law who ran a private detective firm in Los Angeles.
The show never finished in the Top 10 in the ratings (it finished at #17 in the second year) but even though ratings were relatively poor, it lasted eight seasons. 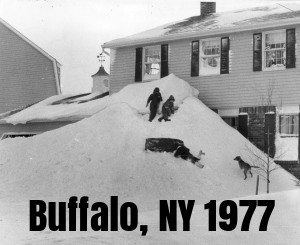 1977 – The Blizzard of 1977 started in Western N.Y. state, upstate New York and Southern Ontario and continued until February 1.
Daily peak wind gusts ranged from 46 to 69 mph with snowfall as high as 100 inches. The high winds blew those already staggering amounts of snow into drifts of 30 to 40 feet. There were 23 total storm-related deaths in western New York, with 5 more in northern New York. 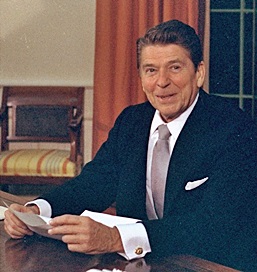 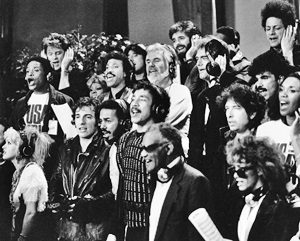 1985 – More than 40 artists got together, put egos aside, and recorded We Are The World, a benefit single for African famine relief, at A&M Recording Studios in Los Angeles.
When it was released in March 1985, the song – co-written by Michael Jackson and Lionel Richie and released under the group name ‘USA For Africa’ – topped music charts throughout the world and became the fastest-selling American pop single in history. 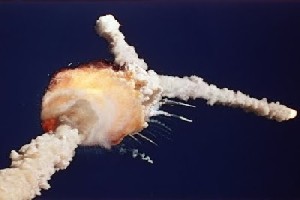 1986 – After a delay of five days because of weather problems and technical issue, the space shuttle Challenger lifted off from Cape Canaveral, Florida at 11:38 a.m. EST.
Seventy-three seconds later, hundreds on the ground stared in disbelief as the shuttle exploded in a forking plume of smoke and fire. Millions more watched the tragedy unfold on live television. There were no survivors.
On the night of the disaster, President Ronald Reagan had been scheduled to give his annual State of the Union address. He postponed the address for a week and instead spoke to the nation from the Oval Office of the White House.
He finished by quoting from the poem High Flight by John Gillespie Magee, Jr.: “We will never forget them, nor the last time we saw them, this morning, as they prepared for their journey and waved goodbye and ‘slipped the surly bonds of Earth’ to ‘touch the face of God.'”
On July 28, 1986, NASA’s Associate Administrator for Space Flight, former astronaut Richard H. Truly, released a report on the deaths of the crew (Francis R. Scobee, Commander, Michael J. Smith, Pilot, Ronald McNair, Mission Specialist, Ellison Onizuka, Mission Specialist, Judith Resnik, Mission Specialist, Christa McAuliffe, Payload Specialist, Gregory Jarvis, Payload Specialist).
“Our final conclusions are the cause of death of the Challenger astronauts cannot be positively determined; the forces to which the crew were exposed during Orbiter breakup were probably not sufficient to cause death or serious injury; and the crew possibly, but not certainly, lost consciousness in the seconds following Orbiter breakup due to in-flight loss of crew module pressure.” 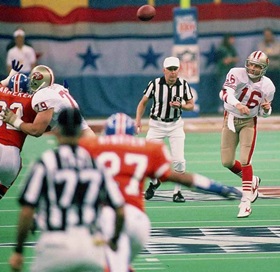 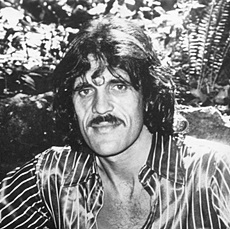 2005 – Drummer Jim Capaldi died of stomach cancer at the age of 60.
His musical career spanned more than four decades. He co-founded the band Traffic in 1967 with Steve Winwood with whom he co-wrote the majority of the band’s output, including Dear Mr. Fantasy, The Low Spark of High-Heeled Boys, and Paper Sun.
Traffic was inducted into the Rock and Roll Hall of Fame in 2004. 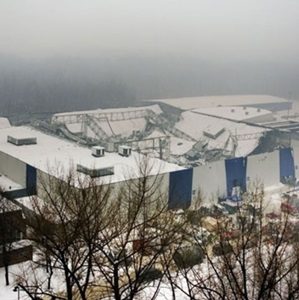 2006 – The roof of Katowice Trade Hall at the Katowice International Fair in Chorzów/Katowice, Poland, collapsed due to the weight of snow, killing 65 and injuring more than 170 others. 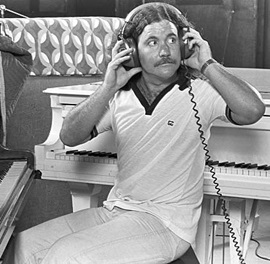 2009 – Billy Powell, pianist with Lynyrd Skynyrd (Free Bird, Sweet Home Alabama) died of a heart attack at the age of 56.
He had missed a doctor’s appointment the previous day for which he was supposed to have his heart checked. 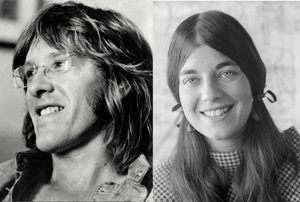 2016 – Paul Kantner, co-founder, rhythm guitarist, and occasional vocalist with Jefferson Airplane (White Rabbit, Somebody To Love), died of a heart attack at the age of 74.
On the same day, Signe Toly Anderson, the original lead singer with the band (Chauffeur Blues), died of chronic obstructive pulmonary disease, also at the age of 74.