“Remember it always, let it be graven in your memories. You are in Auschwitz. And Auschwitz is not a convalescent home. It is a concentration camp. Here, you must work. If you don’t you will go straight to the chimney. Work or crematorium – the choice is yours.”
~Elie Wiesel 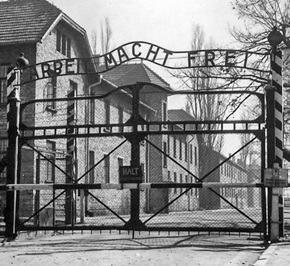 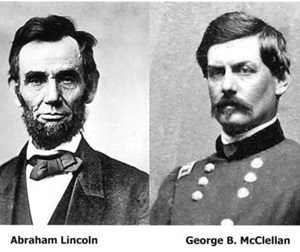 1862 – President Abraham Lincoln issued General War Order No. 1, ordering all land and sea forces to advance on February 22, 1862.
This bold move sent a message to his commanders that the president was tired of excuses and delays in seizing the offensive against Confederate forces.
The primary reason for the order was General George McClellan, commander of the Army of the Potomac in the East. McClellan had a deep contempt for the president that had become increasingly apparent since Lincoln appointed him in July 1861.
Not surprisingly, McClellan ignored the order. 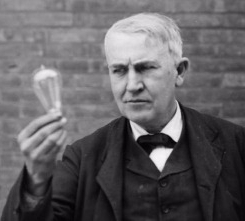 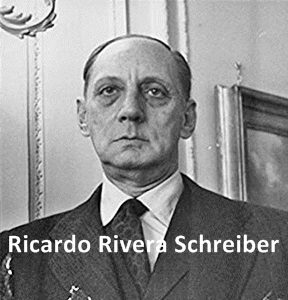 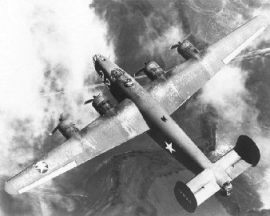 1943 – The First 8th Air Force dispatched ninety-one B-17s and B-24s bombers to attack the U-Boat construction yards at Wilhelmshaven, Germany in the first American bombing raid against the Germans.
The bombers destroyed two thirds of the port’s buildings and also shot down 22 German planes, losing three in return. 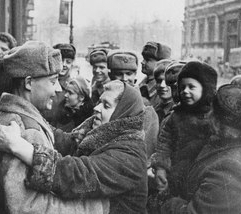 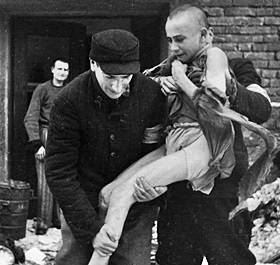 1945 – The 322nd Rifle Division of the Red Army liberated the remaining inmates of the Auschwitz-Birkenau concentration camp built by the Nazis in Poland.
Auschwitz was in fact not one camp, but two: Auschwitz I, built in an abandoned Polish military base, and Auschwitz II, or Birkenau, a much bigger complex that went up later about two miles away to expedite the Nazis’ “Final Solution”.
When the Red Army arrived at the camp, they found around 7,500 prisoners and 600 corpses that had been left behind. Among the items found by the Soviet soldiers were 370,000 men’s suits, 837,000 women’s garments, and 8 tons of human hair.
Ten days earlier – under orders from Reichsführer-SS Heinrich Himmler who charged camp commanders with “making sure that not a single prisoner from the concentration camps falls alive into the hands of the enemy” – 58,000 Auschwitz detainees had been evacuated under guard, largely on foot; thousands of them died in the subsequent death march west towards Wodzisław Śląski. Approximately 20,000 Auschwitz prisoners made it to Bergen-Belsen concentration camp in Germany, where they were liberated by the British in April 1945.
The exact number of victims at Auschwitz is difficult to fix with certainty, because many prisoners were murdered on arrival and were never registered.
French scholar George Wellers was one of the first to use German data on deportations to estimate the number killed at Auschwitz, arriving at a figure of 1,471,595 deaths, including 1.35 million Jews and 86,675 Poles.
Today, the site of Auschwitz-Birkenau endures as the leading symbol of the terror of the Holocaust. 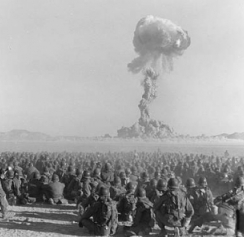 1951 – The United States detonated the first of a series of nuclear bombs at its new Nevada test site in the desert (Frenchman Flat), 65 miles northwest of Las Vegas. The flash was seen as far away as San Francisco.
In recent years, the harm caused to soldiers and westerners exposed to radioactivity from the Nevada test site has become a controversial topic.
Some critics argue the government waged a “nuclear war on the West,” and maintain that the government knew of the dangers posed to people living near the test site well before the 1957 shift to underground tests. Others, though, point out that the test site has brought billions of dollars into the state and resulted in great economic benefit to Nevada.
Well sure, if there’s a buck to be made out of human suffering, mankind will find a way. 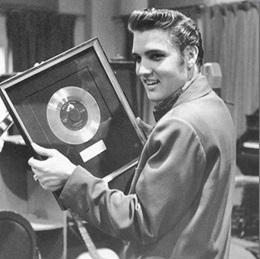 1956 – RCA Victor released Elvis Presley’s Heartbreak Hotel.
The single topped Billboard’s Top 100 chart for seven weeks, was #1 on the Country chart for seventeen weeks, and reached #3 on the R&B chart. 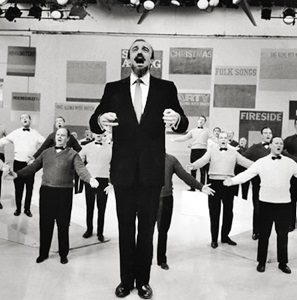 ]
1961 – Sing Along With Mitch premiered on NBC.
In keeping with the show’s title, viewers were presented with lyrics at the bottom of the television screen, and while many insist there was a bouncing ball to keep time, Miller always maintained that wasn’t the case.
A number of excerpts from Sing Along With Mitch have appeared on video-streaming services such as YouTube. No bouncing ball is in evidence in any of the clips.
Bouncing balls or not, the show somehow lasted three seasons.
Mitch Factoid: Miller disapproved of rock and roll. Wait, that isn’t strong enough. He hated it (“Rock and roll is musical baby food: it is the worship of mediocrity.”)
As head A&R man at Columbia Records, he not only passed on signing Elvis Presley and Buddy Holly, who became stars on RCA and Coral respectively, but on the Beatles, too, creating a fortune in revenue for rival Capitol. 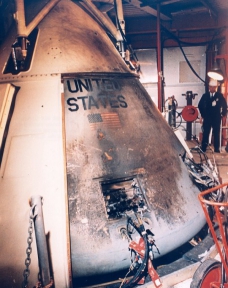 1967 – A launch pad fire during Apollo program tests at Cape Canaveral, Florida, killed astronauts Virgil “Gus” Grissom, Edward H. White II, and Roger B. Chaffee.
An investigation indicated that a faulty electrical wire inside the Apollo 1 command module was the probable cause of the fire. The astronauts, the first Americans to die in a spacecraft, had been participating in a simulation of the Apollo 1 launch scheduled for the next month. 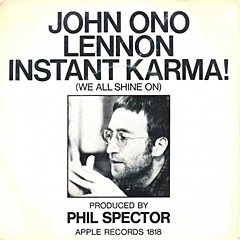 1970 – John Lennon (and a few famous friends) recorded Instant Karma!
Lennon wrote the song that morning. Its lyrical theme suggesting urgency inspired him to record and release it as quickly as possible, so he booked Studio Two at EMI Studios for a session that day.
His backing band consisted of George Harrison on guitar, Billy Preston on organ, Klaus Voormann on bass, and drummer Alan White.
Lennon would later say, “I wrote it for breakfast, recorded it for lunch, and we’re putting it out for dinner.”
He wasn’t far off.
Producer Phil Spector mixed the recording the next day and it was released in the UK on February 6, peaking at #5. It was released in the U.S. on February 20 and reached #3 on the Billboard Hot 100. 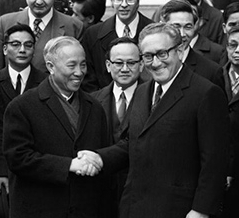 1973 – The Paris Peace Accords were signed by officials from the United States and North Vietnam, bringing an official end to America’s participation in its most unpopular foreign war.
On the military side, the accords seemed straightforward enough. A cease-fire was declared, and the United States promised to remove all military forces from South Vietnam within 60 days. For their part, the North Vietnamese promised to return all American prisoners of war within that same 60-day framework. The nearly 150,000 North Vietnamese troops in South Vietnam were allowed to remain after the cease-fire.
The political side of the agreement was somewhat less clear. In essence, the accords called for the reunification of North and South Vietnam through “peaceful means on the basis of discussions and agreements between North and South Viet-Nam.” Precisely what that entailed was left unsaid.
The United States also promised to “contribute to healing the wounds of war and to postwar reconstruction of the Democratic Republic of Viet-Nam [North Vietnam] and throughout Indochina.”
For Vietnam, the accords meant little. The cease-fire almost immediately collapsed, with recriminations and accusations flying from both sides.
In 1975, the North Vietnamese launched a massive military offensive, crushed the South Vietnamese forces, and reunified Vietnam under communist rule. 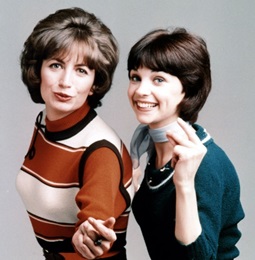 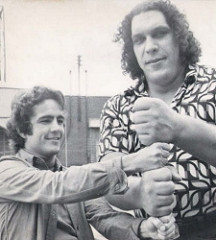 1994 – André René Roussimoff, better known as 7-foot-4-inch, 520-pound wrestler Andre the Giant, died in his sleep of congestive heart failure at the age of 46. 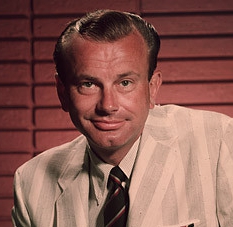 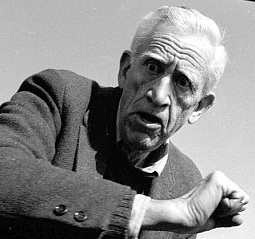 2010 – J.D. Salinger, the reclusive author of The Catcher In The Rye, died of natural causes at age 91.
Prior to his death, the best-selling writer spent some 50 years shunning the spotlight and living reclusively on a 90-acre hillside compound in Cornish, NH … and as you can see, he did not like photographers. 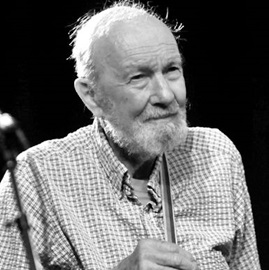 2014 – Folk singer/songwriter Pete Seeger died at the age of 94.
Seeger was a prime mover in the folk revival that transformed popular music in the 1950s. As a member of the Weavers, he sang hits including Goodnight, Irene – which reached #1 in 1950 – and If I Had A Hammer, which he co-wrote.
Another of Seeger’s songs, Where Have All the Flowers Gone?, became an antiwar standard, and in 1965, the Byrds had a #1 hit with a folk-rock version of Turn! Turn! Turn!, which was Seeger’s setting of a passage from the Book of Ecclesiastes.
During the McCarthy era, Seeger’s political affiliations, including membership in the Communist Party in the 1940s, led to his being blacklisted and later indicted for contempt of Congress. 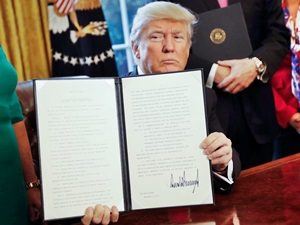 2017 – President Donald Trump issued Executive Order 13769, banning travel to the U.S. for seven Muslim-majority countries and suspended admission for refugees.
Homeland Security listed those countries as Iran, Iraq, Libya, Somalia, Sudan, Syria, and Yemen.
The signing of the order provoked widespread condemnation and protests and resulted in legal intervention against the enforcement of the order. A nationwide temporary restraining order was issued on February 3, 2017 in the case of Washington v. Trump, which was upheld by the United States Court of Appeals for the Ninth Circuit.
Later, other orders (Executive Order 13780 and Presidential Proclamation 9645) were signed by Trump and superseded order 13769. On June 26, 2018, the U.S. Supreme Court upheld the third executive order (Presidential Proclamation 9645) and its accompanying travel ban in a 5–4 decision, with the majority opinion being written by Chief Justice John Roberts.