“I don’t know what this song is about. When I was writing this I was going through a divorce. And the only thing I can say about it is that it’s obviously in anger. It’s the angry side, or the bitter side of a separation.”
Phil Collins
Discussing ‘In The Air Tonight’ 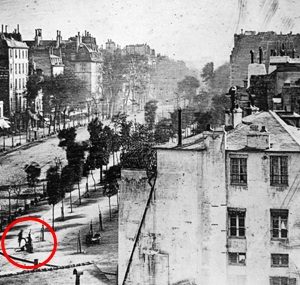 1839 – Louis Daguerre used his famous daguerreotype process of photography to snap a photo of the Boulevard du Temple in Paris.
The streets in the photo appear deserted because the exposure time for the photo was so long that the cars and trams could not be captured.
Only the man having his shoes shined and the shoe shiner were motionless enough to be caught. They are in bottom left corner of the photograph.
This is therefore the first known photograph of a person. 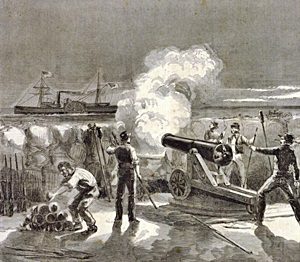 1861 – The Star of The West, a Union merchant ship, was fired upon as it tried to deliver supplies to Fort Sumter in Charleston Harbor, South Carolina. The incident was the first time shots were exchanged between North and South, although it did not trigger the Civil War.
When South Carolinians seceded from the Union on December 20, 1860, they demanded the immediate withdrawal of the Federal garrison at Fort Sumter. President James Buchanan refused to comply with this demand but was also careful not to make any provocative move.
Inside the fort, Major Robert Anderson and his 80 soldiers needed supplies. The Buchanan administration decided to dispatch a civilian ship, the Star of The West, instead of a military transport, in order to keep tensions from flaring.
On the morning of January 9, Star of The West captain John McGowan steered the ship into the channel near the fort. Two cannon shots roared from a South Carolina battery on Morris Island. They came from gunner George E. Haynsworth, a cadet at The Citadel in Charleston.
The shots, while poor, represented the opening salvo of the war. More shots were fired, and the ship suffered a minor hit. Anderson watched from Fort Sumter but did not respond in support of the ship. If he had, the war might have started on that day. 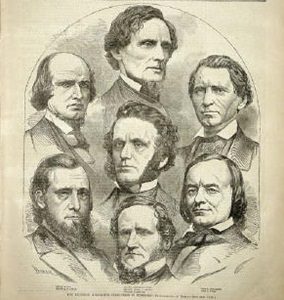 1861 – Mississippi became the second state to secede from the Union before the outbreak of the Civil War. The primary reason for their decision was, to be kind, despicable.
“In the momentous step which our State has taken of dissolving its connection with the government of which we so long formed a part, it is but just that we should declare the prominent reasons which have induced our course. Our position is thoroughly identified with the institution of slavery – the greatest material interest of the world.
Its labor supplies the product which constitutes by far the largest and most important portions of commerce of the earth. These products are peculiar to the climate verging on the tropical regions, and by an imperious law of nature, none but the black race can bear exposure to the tropical sun. These products have become necessities of the world, and a blow at slavery is a blow at commerce and civilization. That blow has been long aimed at the institution, and was at the point of reaching its consummation. There was no choice left us but submission to the mandates of abolition, or dissolution of the Union, whose principles had been subverted to work out our ruin.” 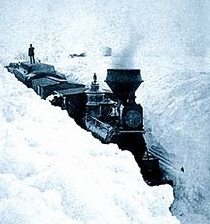 1877 – On one of the worst days of the “worst winter in the West,” nearly an inch of snow fell every hour for 16 hours in Montana, impeding the ability of already starving cattle to find food.
In early January, a warm Chinook wind had briefly melted the top layers of snow. When the brutal cold and snow returned (some ranches recorded temperatures of 63 degrees below zero) on this date, a hard thick shell of ice formed over everything, making it almost impossible for the cattle to break through the snow to reach the meager grass below.
With no winter hay stored to feed the animals, many ranchers had to sit by idly and watch their herds slowly die. “Starving cattle staggered through village streets,” one historian recalled, “and collapsed and died in dooryards.”
In Montana, 5,000 head of cattle invaded the outskirts of Great Falls, eating the saplings the townspeople had planted that spring and “bawling for food.”
When the snow melted in the spring, carcasses of the once massive herds dotted the land as far as the eye could see. One observer recalled that so many rotting carcasses clogged creek and river courses that it was hard to find water fit to drink.
Montana ranchers alone lost an estimated 362,000 head of cattle, more than half the territory’s herd. 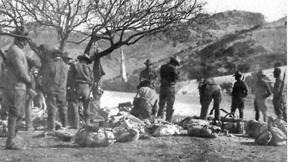 1918 – Troops from the 10th Calvary Regiment detected about thirty armed Yaquis in Bear Valley, Arizona, a large area that was commonly used as a passage across the international border with Mexico. A short firefight ensued, which resulted in the death of the Yaqui commander and the capture of nine others.
Though the conflict was merely a skirmish, it was the last time the United States Army engaged hostile Native Americans in combat and thus has been seen as one of the final battles of the American-Indian Wars. 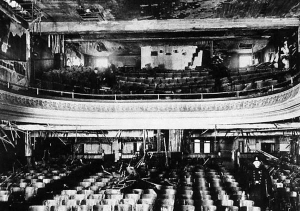 1927 – The Laurier Palace Theatre Fire in Montreal, Quebec, Canada – reportedly caused by a discarded cigarette smoldering beneath wooden floorboards – killed 78 children.
The children – who were seated in the balcony – had trouble exiting the building, as one of two stairways that led to safety was locked. Further, the doors opened inwards, meaning that the crush of children trying to escape had the effect of closing the doors more tightly, rather than opening them. 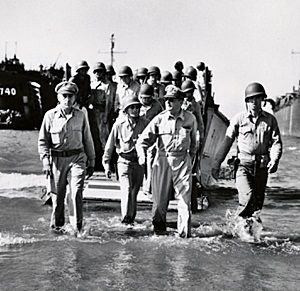 1945 – Gen. Douglas MacArthur and the American 6th Army landed on the Lingayen Gulf of Luzon, another step in the capture of the Philippine Islands from the Japanese. On October 20, newsreels had captured scenes of MacArthur wading ashore at Leyte, returning to the Philippines as he had famously promised he would after the original defeat of American forces there.
What the newsreels didn’t capture were the 67 additional days it took to subdue the island, with the loss of more than 55,000 Japanese soldiers during the two months of battle and approximately 25,000 more soldiers killed in smaller-scale engagements necessary to fully clear the area of enemy troops. The U.S. forces lost about 3,500.
The loss of ships and sailors was horrendous for both sides. That battle also saw the introduction of the Japanese kamikaze suicide bombers. More than 5,000 kamikaze pilots died in this gulf battle, taking down 34 ships. But the Japanese were not able to prevent the loss of their biggest and best warships, which meant the virtual end of the Japanese Imperial Fleet.
These American victories on land and sea at Leyte opened the door for the landing of more than 60,000 American troops on Luzon on January 9. Once again, cameras recorded MacArthur walking ashore, this time to greet cheering Filipinos. 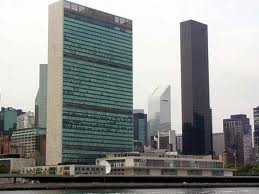 1951 – The United Nations headquarters officially opened in New York City. The headquarters occupies a site beside the East River, on 17 acres of land donated by the Rockefeller family. An initial offer to locate it on the Rockefeller estate of Kykuit (25 miles north of the city) was rejected as being too isolated from Manhattan.

1952 – The U.S. Marines announced their plan to recall Red Sox outfielder Ted Williams back to active duty. Williams, who had already missed three years in the majors due to serving in World War II, would play just six games in the 1952 season before his return to the military began.
The bomber pilot flew 39 missions over Korea and did not return to the Boston lineup on a full-time basis until late in the 1953 season.

1952 – In his State of the Union address, President Harry S. Truman warned Americans that they were “moving through a perilous time,” and called for vigorous action to meet the communist threat.
Truman spent much of his speech addressing foreign policy concerns. The primary focus was on meeting the communist challenge. The president declared that the United States was confronted with “a terrible threat of aggression.”
He also pointed with pride to U.S. action in meeting that threat. In Korea, combined U.S. and United Nations forces “turned back the Chinese Communist invasion;” elsewhere in Asia, U.S. assistance to its allies was helping to “hold back the Communist advance;” and in Europe and the Middle East, the fight against Soviet expansion was also ongoing.
Truman’s speech was a stirring rebuttal to domestic critics such as Senator Joseph McCarthy, who had attacked Truman’s “softness” on communism. 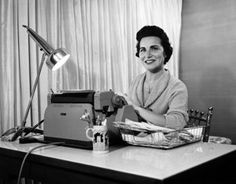 1956 – The first Dear Abby column premiered in The San Francisco Chronicle.
Pauline Phillips, a California housewife, chose her pen name herself, taking Abigail after the prophetess in the Book of Samuel (“Then David said to Abigail, ‘Blessed is your advice and blessed are you.'”) and Van Buren for its old-family, presidential ring. 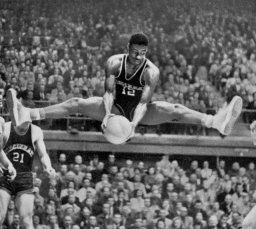 1958 – The University of Cincinnati defeated Seton Hall 116-54 … but what made the game really fascinating was the fact that 19-year old Oscar Robertson scored 56 points for Cincinnati. That’s right, Robertson outscored the entire Seton Hall team! 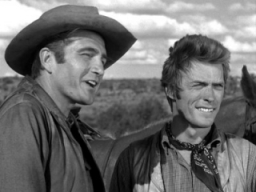 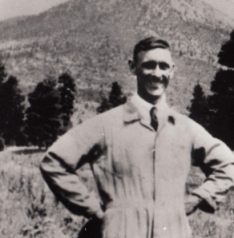 1966 – Albert Stevens died of heart disease at the age of 79 – and you probably have no idea who he was.
During the Manhattan Project, which would lead to the building of the first atomic bombs, researchers became increasingly concerned about the hazards of contact with plutonium.
In one of the most horrifying and unethical experiments ever undertaken, 18 people were injected with plutonium without their consent to measure its effects. The most heavily dosed was Albert Stevens, a house painter who received an injection that assaulted his body with 60 times the amount of radiation allowed to current workers every year until his death, over 20 years later.
Stevens had been diagnosed with stomach cancer, and since researchers did not expect him to live much longer, he was injected with a massive dose of plutonium. But when doctors opened him up to perform surgery on his tumor four days later, they found that he was merely suffering from an extremely bad ulcer. Stevens was lied to and led to believe that he’d undergone a miracle recovery and was then studied.
He would go on to absorb (annually) 60 times the amount of radiation that workers are now allowed to take. Stevens would go on to live more than 20 years, his blood filled with plutonium. 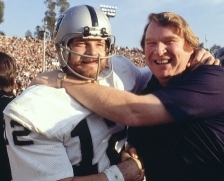 1977 – At Super Bowl XI, the Oakland Raiders, under coach John Madden and quarterback Ken Stabler, defeated the Minnesota Vikings, 32-14.
For the Vikings and coach Bud Grant, the Super Bowl loss was their fourth in as many tries – and they have not played in once since. 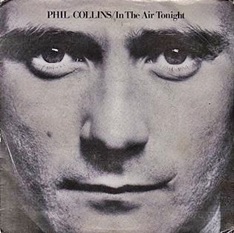 1981 – Phil Collins released In The Air Tonight.
The song was an instant hit, quickly climbing to #2 on the UK Singles chart. It was also an international hit, achieving top 10 status in Australia, New Zealand and several European territories, reaching #1 in Austria, Germany, Switzerland and Sweden. It peaked at #19 on the Billboard Hot 100 in the United States. 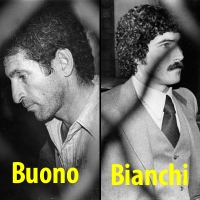 1984 – Angelo Buono, one of the Hillside Stranglers, was sentenced to life in prison for his role in the rape, torture, and murder of 10 young women in Los Angeles.
Buono’s cousin and partner in crime, Kenneth Bianchi, testified against Buono to escape the death penalty.
Angelo Buono died from a heart attack on Sept. 21, 2002 at the age of 67. Kenneth Bianchi was denied parole in September 2005 and remains in prison. 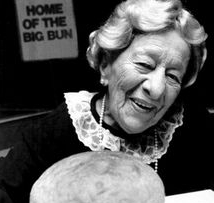 1984 – “Where’s The Beef?”
Clara Peller was first seen by TV viewers in the famous and successful commercial campaign for Wendy’s fast-food chain. Dave Thomas spent $8 million on the ads that promoted hamburger sales plus T-shirts, baseball caps, records, greeting cards and countless other items bearing the picture of the elderly cult star. 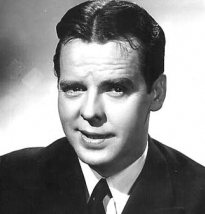 1995 – English actor, satirist, writer and comedian Peter Cook died after suffering a gastrointestinal hemorrhage (a direct result of severe liver damage) at the age of 57.
He starred in Not Only….But Also, Goodbye Again, Good Evening. 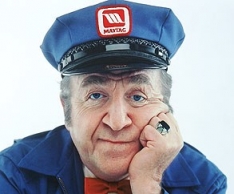 1997 – Actor Jesse White (Harvey, It’s A Mad, Mad, Mad, Mad World, hundreds of character roles in various television series, but best remembered for portraying the lonely Maytag repairman in television commercials from 1967 to 1988) died of a heart attack at the age of 80.