“There is only one question before you, albeit a difficult one, one that is a question of fact and law and constitutional theory. Would it put at risk the liberties of the people to retain the President in office? Putting aside partisan animus, if you can honestly say that it would not, that those liberties are safe in his hands, then you must vote to acquit.”
White House Counsel Charles Ruff
Clinton Impeachment Trial

“A failure to convict will make the statement that lying under oath, while unpleasant and to be avoided, is not all that serious … We have reduced lying under oath to a breach of etiquette, but only if you are the President … And now let us all take our place in history on the side of honor, and, oh, yes, let right be done.”
Chief Prosecutor Henry Hyde
Clinton Impeachment Trial

1892 – A massive mine explosion left nearly 100 dead in Krebs, Oklahoma. The disaster, the worst mining catastrophe in Oklahoma’s history, was mainly due to the mine owner’s emphasis on profits over safety.
The Osage Coal & Mining Company’s No. 11 mine was notorious for its poor conditions. This led to a high turnover of workers, and the company routinely hired unskilled labor, providing little in the way of training to get them up to speed. This was true for even the most dangerous jobs, like handling explosives and munitions.
In the early evening of January 7, several hundred workers were mining the No. 11 mine when an inexperienced worker accidentally set off a stash of explosives. Approximately 100 miners were burned or buried in the explosion. Another 150 workers suffered serious injuries. Nearly every household in Krebs was directly affected by the tragedy. 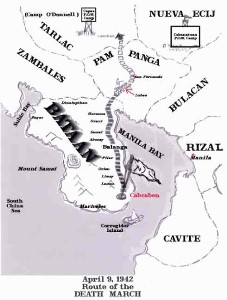 1942 – The three-month Battle of Bataan began in the Bataan Peninsula near Manila Bay in Luzon Island, Philippines. Despite an almost complete lack of supplies and materiel, Filipino-American forces managed to fight the Japanese to a bloody 3-month standstill before surrendering.
The surrender of Bataan would hasten the fall of Corregidor a month later, but without the heroic stand by the allies, the Japanese might have quickly overrun all of the U.S. bases in the Pacific, and worse, the Japanese could have even quickly invaded Australia.
Ultimately, more than 60,000 Filipino and 15,000 American prisoners of war were forced into the 60-mile Bataan Death March (which began on April 9), in which gruesome acts of violence were committed.
Prisoners were beaten and starved as they marched. Those who fell were bayoneted. Some of those who fell were beheaded by Japanese officers who were practicing with their samurai swords from horseback.
The Japanese culture at that time reflected the view that any warrior who surrendered had no honor; thus was not to be treated like a human being. Thus they believed they were not committing any crimes. 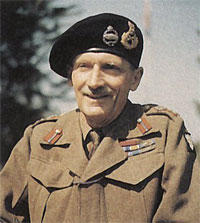 1945 – British Gen. Bernard Montgomery gave a press conference in which he all but claimed complete credit for saving the Allied cause in the Battle of the Bulge. He was almost removed from his command because of the resulting American outcry.
Montgomery had already earned the ire of many American officers because of his cautiousness in the field, arrogance off the field, and willingness to disparage his American counterparts. The last straw was Montgomery’s whitewashing of the Battle of the Bulge facts to assembled reporters in his battlefield headquarters – he made his performance in the Ardennes sound not only more heroic but decisive, which necessarily underplayed the Americans’ performance.
Since the loss of American life in the battle was tremendous and the surrender of 7,500 members of the 106th Infantry humiliating, Gen. Omar Bradley complained loudly to Gen. Dwight D. Eisenhower, who passed the complaints on to Churchill. On January 18, Churchill addressed Parliament and announced in no uncertain terms that the “Bulge” was an American battle – and an American victory. 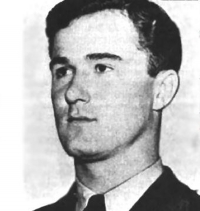 1948 – Kentucky Air National Guard pilot, Captain Thomas F. Mantell crashed while in pursuit of an object he reported as being “metallic and of tremendous size.”
Godman Field at Fort Knox, Kentucky received a report from the Kentucky Highway Patrol of an unusual aerial object near Maysville, KY. Reports of a westbound circular object, 250 feet to 300 feet in diameter, were received from Owensboro and Irvington, Kentucky.
In addition, Sgt. Quinton Blackwell saw an object from his position in the control tower at Fort Knox. Two other witnesses in the tower reported a white object in the distance. Base commander Colonel Guy Hix also reported seeing an object.
According to the Air Force, once Mantell passed 25,000 feet, he blacked out from a lack of oxygen, and his plane began spiraling back towards the ground. A witness later reported Mantell’s P51-Mustang in a circling descent. His plane crashed on a farm south of Franklin, Kentucky on the Kentucky-Tennessee state line.
A later investigation by the U.S. Air Force’s Project Blue Book indicated that Mantell died chasing a top secret Skyhook balloon, but skeptics pointed out that the mysterious object which had been seen by so many was no longer visible immediately after Capt. Mantell’s crash. 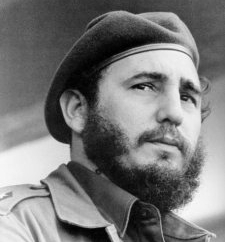 1959 – Just six days after the fall of the Fulgencio Batista dictatorship in Cuba, U.S. officials recognized the new provisional government of the island nation.
Despite fears that Fidel Castro, whose rebel army helped to overthrow Batista, might have communist leanings, the U.S. government believed that it could work with the new regime and protect American interests in Cuba. 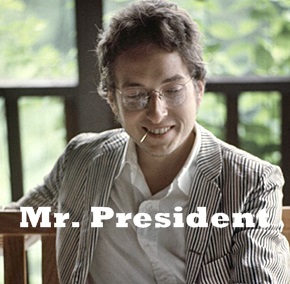 1968 – In a “grass ballot” vote conducted by pioneering FM radio station KMPX in San Francisco, Bob Dylan was elected President of the United States.
Blues icon Paul Butterfield was elected Vice-President; Joan Baez, Secretary of State; George Harrison, Music Ambassador to the United Nations; the members of Jefferson Airplane were all elected Secretaries of Transportation, and the members of the Grateful Dead were elected Attorneys General. 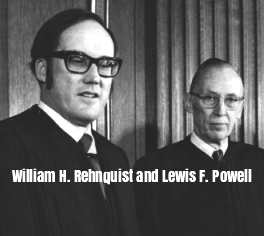 1973 – Finishing a shooting spree he had started on New Year’s Eve, 1972 – in which he had killed two policemen before escaping – Mark Essex’s campaign of terror against the New Orleans police climaxed in an 11-hour rampage at a Howard Johnson’s hotel where he killed seven people, including three more police officers, and wounded eight.
Essex, a former Navy dental technician – who had been court-martialed and dishonorably discharged for going AWOL before joining the Black Panthers – claimed to be the victim of the Navy’s institutionalized racial discrimination, bigotry, and harassment.
His shooting spree ended on the roof of the hotel, where he died in a hail of gunfire from police. An autopsy later revealed Essex had been struck by more than 200 bullets.
After detectives identified Essex’s body, they searched his uptown apartment and discovered a shrine dedicated to his hatred. Every inch of wall space was covered with racist graffiti. The words “hate” and “kill” were repeated over and over.
Among Essex’s possessions were Muslim and Black Panther newspapers along with a well-worn copy of the book Black Rage by Doctors William H. Grier and Price M. Cobbs. Detectives also found a New Orleans map with the locations of police headquarters and the Downtown Howard Johnson’s circled. 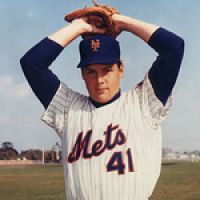 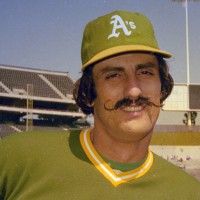 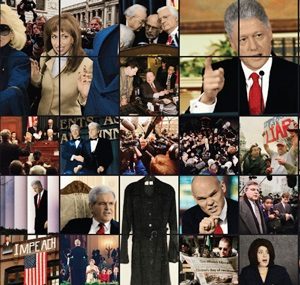 1999 – The impeachment trial of President Bill Clinton, formally charged with lying under oath and obstructing justice, began in the Senate.
As instructed in Article 1 of the U.S. Constitution, Supreme Court Chief Justice William Rehnquist was sworn in to preside, and the senators were sworn in as jurors.
Clinton had been impeached on 11 grounds, including perjury, obstruction of justice, witness-tampering, and abuse of power, and also provided explicit details of the sexual relationship between the president and Monica Lewinsky.
Five weeks later, on February 12, the Senate voted on whether to remove Clinton from office. Clinton was acquitted on both articles of impeachment.
The prosecution needed a two-thirds majority to convict but failed to achieve even a bare majority.
Rejecting the first charge of perjury, 45 Democrats and 10 Republicans voted “not guilty,” and on the charge of obstruction of justice the Senate was split 50-50.
After the trial concluded, President Clinton said he was “profoundly sorry” for the burden he imposed on Congress and the American people. 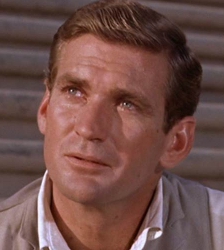 2015 – Actor Rod Taylor (The Birds, The Time Machine, Inglourious Basterds ) died after suffering a heart attack. He was 84.

2015 – Two gunmen – brothers Saïd and Chérif Kouachi – identifying themselves as belonging to Al-Qaeda’s terrorist group branch in Yemen, committed a mass shooting at the offices of Charlie Hebdo, a French satirical weekly magazine in Paris, killing twelve people and injuring another eleven.
The killings were in response to a number of controversial Muhammad cartoons the magazine had published.
A massive manhunt began immediately after the attack. One suspect left his ID card in an abandoned getaway car. The brothers took hostages at a signage company in Dammartin-en-Goële on January 9, and after an eight-hour siege, they were gunned down when they emerged from the building firing.