“Several times I have decided to leave El Salvador. I almost could except for the children, and poor bruised victims of this insanity. Who would care for them? Whose heart would be so staunch as to favor the reasonable thing in a sea of their tears and helplessness? Not mine, dear friend, not mine.”
~Jean Donovan 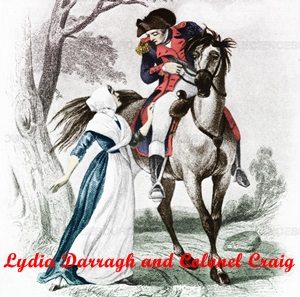 1777 – Philadelphia housewife and nurse Lydia Darragh single-handedly saved the lives of General George Washington and his Continental Army when she overheard the British planning a surprise attack on Washington’s army in Whitemarsh, PA for the following day.
Using a cover story that she needed to buy flour from a nearby mill just outside the British line, Darragh passed the information to American Lieutenant Colonel Thomas Craig the following day.
The British marched towards Whitemarsh on the evening of December 4, 1777, and were surprised to find General Washington and the Continental Army waiting for them.
After three inconclusive days of skirmishing, General Howe chose to return his troops to Philadelphia. 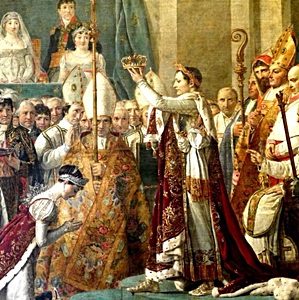 1804 – In Notre Dame Cathedral in Paris, Napoleon Bonaparte was crowned Napoleon I, the first Frenchman to hold the title of emperor in a thousand years.
Pope Pius VII handed Napoleon the crown that the 35-year-old conqueror of Europe placed on his own head. 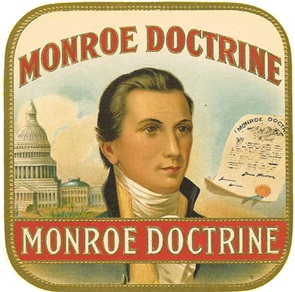 1823 – During his annual address to Congress, President James Monroe proclaimed a new U.S. foreign policy initiative that became known as the “Monroe Doctrine”.
Primarily the work of Secretary of State John Quincy Adams, the Monroe Doctrine forbade European interference in the American hemisphere but also asserted U.S. neutrality in regard to future European conflicts.
Essentially, the United States was informing the powers of the Old World that the American continents were no longer open to European colonization, and that any effort to extend European political influence into the New World would be considered by the United States “as dangerous to our peace and safety.”
The United States would not interfere in European wars or internal affairs, and expected Europe to stay out of American affairs. 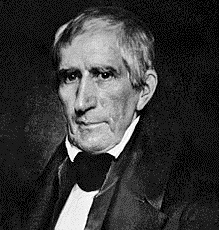 1840 – William Henry Harrison was elected the ninth president of the United States by defeating incumbent President Martin Van Buren.
The election ran from October 30 to December 2.
Harrison was the first president to campaign actively for office. He did so with the slogan “Tippecanoe and Tyler too”. Tippecanoe referred to Harrison’s military victory over a group of Shawnee Indians at a river in Indiana called Tippecanoe in 1811.
Tyler referred to John Tyler, his running mate.
The 67-year-old Harrison did not enjoy the benefits of victory.
A month after taking office, Harrison died and Vice-president Tyler served the remainder of his term. 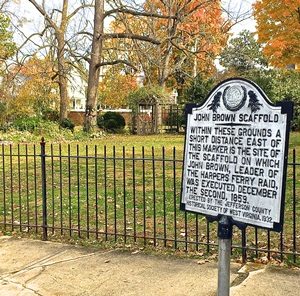 1859 – In Charles Town, VA, militant abolitionist John Brown was executed on charges of treason, murder, and insurrection.
At Harpers Ferry on October 16, Brown’s well-trained unit was initially successful, capturing key points in the town, but Brown’s plans began to deteriorate after his raiders stopped a Baltimore-bound train and then allowed it to pass through.
News of the raid spread quickly, and militia companies from Maryland and Virginia arrived the next day, killing or capturing several raiders.
On October 18, U.S. Marines commanded by Colonel Robert E. Lee and Lieutenant J.E.B. Stuart – both of whom were destined to become Confederate generals – recaptured the arsenal, taking Brown and several other raiders alive.
On the day of his hanging, 16 months before the outbreak of the Civil War, Brown prophetically wrote, “The crimes of this guilty land will never be purged away but with blood.” 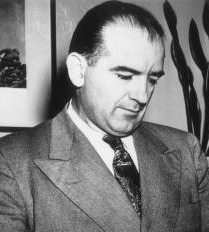 1954 – The U.S. Senate voted 65 to 22 to condemn Senator Joseph R. McCarthy for conduct unbecoming of a senator.
The condemnation, which was equivalent to a censure, referred to McCarthy’s controversial investigation of suspected communists in the U.S. government, military, and civilian society. 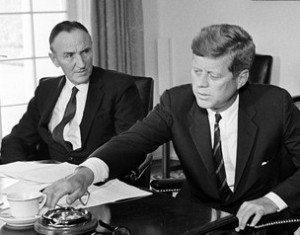 1962 – Following a trip to Vietnam at President John F. Kennedy’s request, Senate Majority Leader Mike Mansfield (D-Montana) became the first U.S. official to refuse to make an optimistic public comment on the progress of the war.
Originally a supporter of South Vietnamese President Ngo Dinh Diem, Mansfield changed his opinion of the situation after his visit.
He claimed that the $2 billion the U.S. had poured into Vietnam during the previous seven years had accomplished nothing. 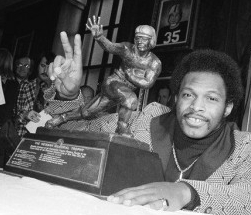 1975 – Ohio State University running back Archie Griffin became the first player in history to win the Heisman Trophy two years in a row. 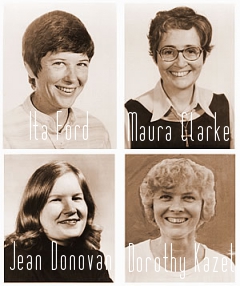 1980 – In El Salvador, Maryknoll Sisters Ita Ford and Maura Clarke, Ursuline Sister Dorothy Kazel, and laywoman Jean Donovan were tortured, raped and murdered by five members of a military death squad of the Salvadoran military-led government.
The night before the murders, Sister Ita Ford, speaking at a rally in Nicaragua, spoke these chilling words: “Christ invites us not to fear persecution because, believe me, brothers and sisters, the one who is committed to the poor must run the same fate as the poor, and in El Salvador we know what the fate of the poor signifies: to disappear, be tortured, to be held captive – and to be found dead.”
Four years later, the soldiers were convicted and sentenced to 30 years in prison, but three were released for good behavior in 1998. 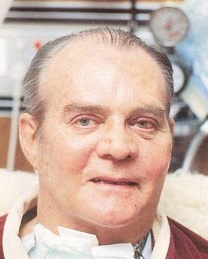 1982 – Barney B. Clark became the first recipient of an artificial heart.
The 61-year-old retired dentist from Seattle underwent a 7½-hour operation at the University of Utah Medical Center in Salt Lake City. The operation was performed by a surgical team headed by Dr. William C. DeVries.
Clark survived with the artificial heart for over 3 months. He died on March 23, 1983. 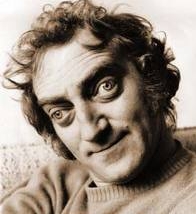 1982 – Marty Feldman (British comedy writer, comedian and actor – best known for his role as Igor in Young Frankenstein) – died of a heart attack at the age of 48. 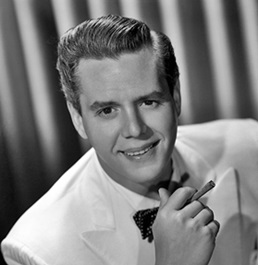 1986 – Desi Arnaz died of lung cancer at the age of 69.
The musician, actor and producer was best known for his role as Ricky Ricardo on I Love Lucy, starring with Lucille Ball, to whom he was married at the time. 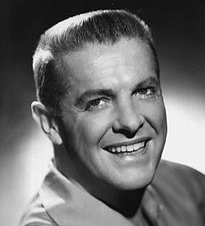 1990 – Actor Robert Cummings died of kidney failure at the age of 80.
He co-starred in the several films, including Saboteur and Dial M For Murder but is best known for television’s The Bob Cummings Show. 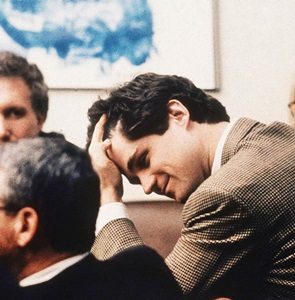 1991 – Opening testimony took place in the highly publicized rape trial of William Kennedy Smith, a nephew of President John F. Kennedy and son of Jean Kennedy Smith, the president’s sister and former ambassador to Ireland.
Smith, then a 30-year-old medical student at Georgetown University, was accused of sexually assaulting a 29-year-old Florida woman in the early hours of March 30, 1991, at the Kennedy family’s Palm Beach compound.
On December 11, after deliberating for 77 minutes, a six-member jury acquitted Smith on all charges.
In an interesting side note, Smith’s lead defense attorney, Roy Black, later married Lisa Haller, one of the jurors. 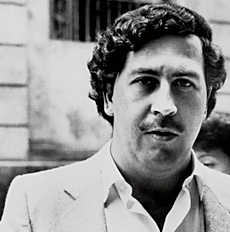 1993 – Columbian drug-lord Pablo Escobar was shot to death in Medellín, Columbia, ending a 15-month search effort that cost hundreds of millions of dollars.
Known as “The King of Cocaine,” he was regarded as the wealthiest criminal in history, with an estimated net-worth of $30 billion by the early 1990s. 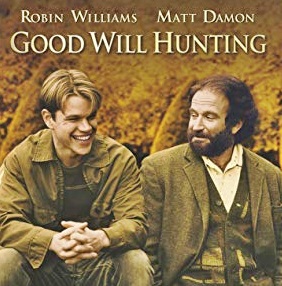 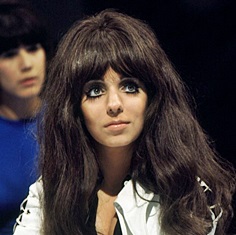 2006 – Mariska Veres, lead singer with Shocking Blue (Venus) died of gallbladder cancer at the age of 59. 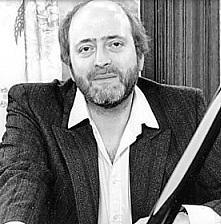 2009 – Singer/songwriter Eric Woolfson died of kidney cancer at the age of 64.
As a founding member of The Alan Parsons Project, Woolfson co-wrote, played keyboards and sang lead vocals on Time, Don’t Answer Me and Eye In The Sky. 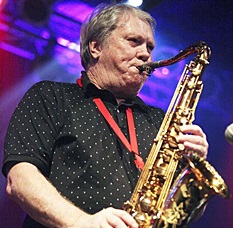 2014 – Saxophonist Bobby Keys died of kidney cancer at the age of 70.
He appeared on songs by the Rolling Stones(Brown Sugar), Lynyrd Skynyrd (Call Me The Breeze), Harry Nilsson (You’re Breakin’ My Heart), George Harrison (Wah Wah), John Lennon (Whatever Gets You Thru The Night), Ringo Starr (Photograph), Eric Clapton (After Midnight), Joe Cocker (Cry Me A River) and many other prominent musicians. 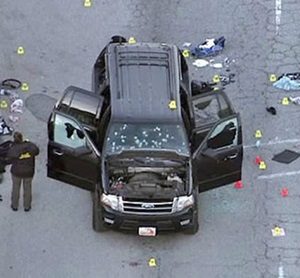 2015 – Fourteen people were killed and twenty-two others were seriously injured in a terrorist attack consisting of a mass shooting and an attempted bombing at the Inland Regional Center in San Bernardino, California.
Syed Rizwan Farook and Tashfeen Malik, a married couple, targeted the San Bernardino County Department of Public Health training event and Christmas party of about 80 employees in a rented banquet room.
The entire attack took two or three minutes, during which the shooters fired more than 100 bullets before fleeing. Four hours later, the shooters were killed in a shootout with the police.
Seven police agencies were involved in the final shootout, with 23 officers firing a combined total of at least 440 rounds. The perpetrators fired at least 81 rounds.
Nearly 2,500 rounds of .223-caliber and 9mm ammunition were recovered from the vehicle, along with medical supplies and a trigger apparatus believed to be for the explosives left behind at the Inland Regional Center.
In an interview that day with CBS News, President Barack Obama said, “The one thing we do know is that we have a pattern now of mass shootings in this country that has no parallel anywhere else in the world. There are some steps we could take – not to eliminate every one of these mass shootings – but to improve the odds that they don’t happen as frequently.”