Eighteen years after his passing on November 29, 2001, it is still hard to believe.

George Harrison was the Quiet One, the most private and reluctant member of the Fab Four, the lad who most dearly missed the anonymity he’d relinquished soon after leaving his teen years, when his band became an international rage that changed not just rock music but pop culture itself. 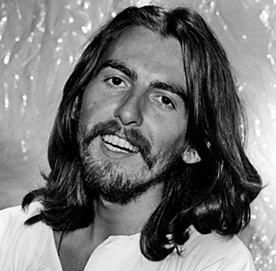 For most of the Beatles’ six-year reign, Harrison stood in the shadow of two giants. His main role was providing lead guitar, harmonies and a variety of exotic flourishes to the music of John Lennon and Paul McCartney, a gig that he found both thrilling and frustrating. His gifts as a songwriter would have made him a standout in any other rock act, and midway through the band’s life, he knew it.

You won’t find any Beatle songs in this video journey because Harrison more than held his own as a solo artist. Some of these songs may be unfamiliar but if they are, it’s only because I decided to skip past many of the obvious hit singles and focus more on some of his other material that deserve your attention.

The first song isn’t a Harrison tune at all but instead a tribute to him from an old bandmate.