“For me, that was the great thing about splitting up: to be able to go off and make my own record and record all these songs that I’d been stockpiling without worrying about my quota of one or two tracks per album that I was allowed by John and Paul.”
~George Harrison
Discussing ‘All Things Must Pass’ album 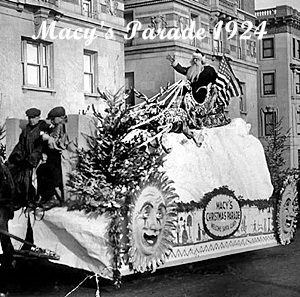 1924 – The annual Thanksgiving parade started in Newark, NJ by Louis Bamberger at the Bamberger’s store was transferred to New York City by Macy’s.
The employees marched to Macy’s flagship store on 34th Street dressed in vibrant costumes. There were floats, professional bands and live animals borrowed from the Central Park Zoo.
At the end of that first parade, as has been the case with every parade since, Santa Claus, as shown above, was welcomed into Herald Square.
With an audience of over 250,000 people, the parade was such a success that Macy’s declared it would become an annual event. 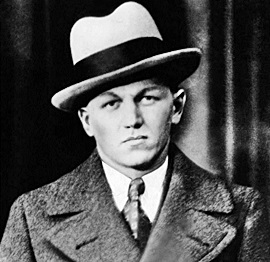 1934 – George “Baby Face” Nelson died in a shootout in Barrington, Illinois.
Nelson, his wife Helen and John Paul Chase were making arrangements to allegedly meet with underworld figure Alvin Karpis to make plans for a bank robbery.
As Nelson – who was responsible for killing more FBI agents than any other person – prepared to leave for his meeting with Karpis, Inspector Samuel P. Cowley of the Chicago FBI office received word that Nelson had been seen in the Barrington, Ill., area, a short distance from Chicago.
Cowley and Special Agent Herman Edward Hollis were dispatched to the area, and encountered Nelson and Chase on the highway just moments after the outlaws had been involved in a brief gun battle with two other agents.
Cowley and Hollis began pursuing Nelson’s vehicle when Nelson suddenly veered off Northwest Highway at the entrance to the North Side Park in Barrington, and stopped.
Gunfire was exchanged, and Hollis, shot in the head, died instantly. Cowley, mortally wounded, died early the next morning.
Nelson, however, was also critically wounded and died that night. His body was stripped of clothing and wrapped in a small blanket.
It was left in a ditch near a Niles Center, Ill., cemetery where the FBI found it the next morning in response to an anonymous tip.
Nelson – who was Public Enemy #1 at the time of his death – was only 25 years old. 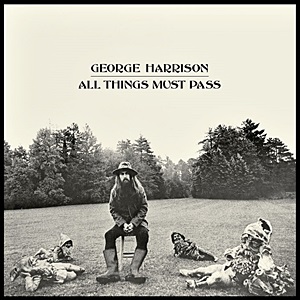 1970 – George Harrison released his epic All Things Must Pass album.
Actually, it was a triple-album. The original vinyl release consisted of two albums of songs and a third album of informal jams, titled Apple Jam.
It was Harrison’s first solo work after the break-up of the Beatles in April that year. It included the hit singles My Sweet Lord (#1 Billboard) and What Is Life (#10 Billboard), as well as songs such as Isn’t It A Pity (#1 Billboard) and the title track – two songs that had been turned down by John Lennon and Paul McCartney for inclusion on releases by the Beatles.
Among the large cast of backing musicians were Eric Clapton, Ringo Starr, Gary Wright, Billy Preston, Klaus Voormann, Jim Gordon, Alan White, Dave Mason, Carl Radle, members of Badfinger, and Pete Drake.
Sales Factoid: All Things Must Pass has sold more copies than John Lennon’s Imagine and Paul McCartney and Wings’ Band On The Run albums … combined, and remains the most successful album ever released by an ex-Beatle.
Album Cover Factoid: The stark black-and-white cover photo was taken on the main lawn at Harrison’s Friar Park home in Henley-on-Thames.
It is generally interpreted that the photograph – showing Harrison seated in the center of, and towering over, four comical-looking garden gnomes – represented his removal from the Beatles’ collective identity.
It certainly caught the attention of John Lennon, who was “irritated” by the photo. 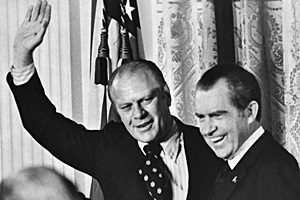 1973 – The U.S. Senate voted 92-3 to confirm Gerald R. Ford as Vice President, succeeding Spiro T. Agnew.
Agnew, who had been under investigation for tax fraud and corruption, resigned on October 10, 1973 after appearing before a federal court in Baltimore, and pleading nolo contendere (no contest) to one felony charge, tax evasion, for the year 1967.
Ford had begun his political career in 1949 as the U.S. Representative from Michigan’s 5th congressional district. He served in this capacity for 24 years, the final nine of them as the House Minority Leader.
With his confirmation by the Senate, Ford became the first person appointed to the vice presidency under the terms of the 25th Amendment. 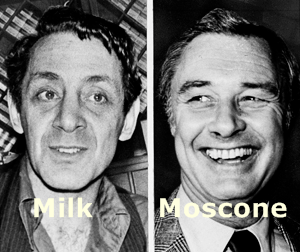 1978 – San Francisco Mayor George Moscone and City Supervisor Harvey Milk, a gay-rights activist, were shot to death inside City Hall by Dan White, a former supervisor.
White was angry that Moscone had refused to reappoint him to his seat on the Board of Supervisors, from which he had just resigned, and that Milk had lobbied heavily against his reappointment.
These events helped bring national notice to then-Board President Dianne Feinstein, who became the first female mayor of San Francisco and eventually U.S. Senator for California.
White was subsequently convicted of voluntary manslaughter, rather than first-degree murder. He committed suicide in 1985, a little more than a year after his release from prison. 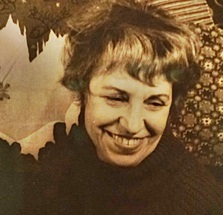 1981 – Actress/singer Lotte Lenya died of cancer at the age of 83.
Her role in The Roman Spring of Mrs. Stone brought Lenya an Academy Award nomination as Best Supporting Actress, and she was cast as SPECTRE agent Rosa Klebb in the James Bond movie From Russia With Love.
While she is best known for her film career, Lenya left a very distinguished Broadway legacy
In 1956, she won a Tony Award for her role in the English version of The Threepenny Opera, the only time an off-Broadway performance has been so honored.
In 1966, Lenya originated the role of Fraulein Schneider in the original Broadway cast of the musical Cabaret.
Name Factoid: She was present in the recording studio when Louis Armstrong recorded Mack the Knife, co-written by her husband, Kurt Weill.
Armstrong improvised the line “Look out for Miss Lotte Lenya!” adding her name to the list of Mack’s female conquests in the song
Name Factoid #2: In 1968, Donovan had a #33 Billboard hit with Lalena. He later revealed that the song was inspired by the actress and that the song’s lyrics were his reaction to Lenya’s character in the film version of The Threepenny Opera. 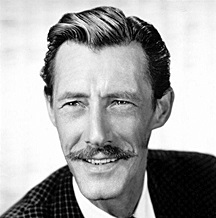 1988 – Actor John Carradine died of heart and kidney failure at the age of 82.
With his deep, resonant voice, he was one of the most prolific character actors in Hollywood history – he claimed to have appeared in over 450 films – and the patriarch of an acting dynasty that included four of his sons (David, Bruce, Keith and Robert).
To many, he is known only for gaudy movies such as The Astro-Zombies, Vampire Hookers and Billy the Kid vs. Dracula, which he once described as the worst of his films.
Yet this was the same man who loved Shakespeare and the same actor who enthralled critics and audiences in The Ten Commandments, Captains Courageous, Around The World In 80 Days, Stagecoach, Drums Along The Mohawk, The Grapes of Wrath, The Shootist, and The Man Who Shot Liberty Valance. 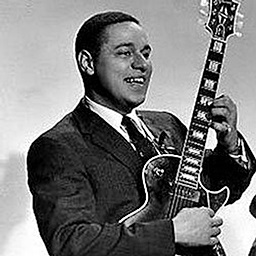 2012 – MacHouston “Mickey” Baker died of heart and kidney failure at the age of 87.
While he was primarily a session guitarist, working with Doc Pomus, The Drifters, Ray Charles, Big Joe Hunter, and numerous other artists, Baker is probably best known for forming the pop duo Mickey & Sylvia (with Sylvia Robinson, one of his guitar students) in the mid-1950s.
Together, they had a #11 hit single with Love Is Strange in 1956. 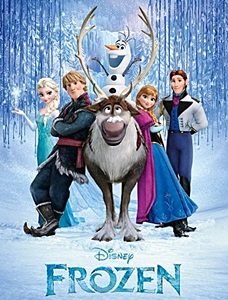 2013 – Frozen went into general theatrical release … and never looked back.
Although the animated film was costly to create ($150 million), it has generated over $1.4 Billion in receipts, and ranks as the 15th highest-grossing film of all time.
Frozen won two Academy Awards; Best Animated Feature and Best Original Song (Let It Go).
In case you have been living under a rock and aren’t aware, a feature-length sequel, Frozen 2, was released on November 22, 2019.

Please Note: I am taking a “History Lesson” break on Thursday and Friday (although there will be a couple of music videos popping up on those two days). 🙂
Wishing you all a very Happy Thanksgiving!