“Music does bring people together. It allows us to experience the same emotions. People everywhere are the same in heart and spirit. No matter what language we speak, what color we are, the form of our politics or the expression of our love and our faith, music proves we are the same.”
~John Denver 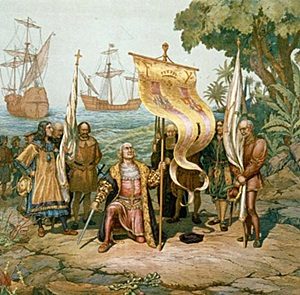 1492 – After sailing across the Atlantic Ocean, Italian explorer Christopher Columbus spotted land, believing he had finally reached his goal of sailing to East Asia.
His expedition went ashore the same day and claimed the land for Isabella and Ferdinand of Spain. Columbus called the island (in what is now The Bahamas) San Salvador. 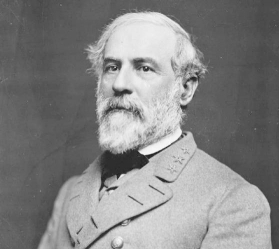 1870 – Two weeks after suffering a stroke, General Robert E. Lee, the commander of the Confederate Army of Northern Virginia, died at his home in Lexington, Virginia. He was 63 years old.
After putting an end to an insurrection led by John Brown at Harpers Ferry in 1859, Lee was considered a shining military strategist. However, he turned down an offer from President Abraham Lincoln to command the Union forces, choosing instead to resign from the military.
While Lee had misgivings about centering a war on the slavery issue, when Virginia voted to secede from the nation on April 18, 1861, Lee agreed to help lead the Confederate forces.
In May 1862, he took control of the Army of Northern Virginia and drove back the Union Army in Richmond in the Seven Days Battle. In August of that year, he gave the Confederacy a crucial victory at Second Manassas.
But not all went well. He courted disaster when he tried to cross the Potomac, just barely escaping at the bloody battle known as Antietam. In it, nearly 14,000 of his men were captured, wounded or killed.
His forces suffered another round of heavy casualties in the three-day Battle of Gettysburg, ending Lee’s invasion of the North and helping to turn the war around for the Union.
By early 1865 the fate of the war was clear, a fact driven home on April 2 when Lee was forced to abandon Richmond. A week later, a reluctant and despondent Lee surrendered to Union General Ulysses S. Grant at Appomattox, Virginia. 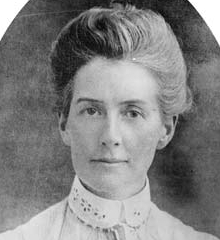 1915 – British nurse Edith Cavell was executed by a German firing squad in Brussels for helping Allied soldiers escape from German-occupied Belgium during World War I.
During her trial, Cavell admitted that she was guilty of the offenses with which she had been charged. She was sentenced to death.
Though diplomats from the neutral governments of the United States and Spain fought to commute her sentence, their efforts were ultimately in vain. Cavell was idealized as a hero and was honored with a statue in St. Martin’s Place, just off London’s Trafalgar Square. 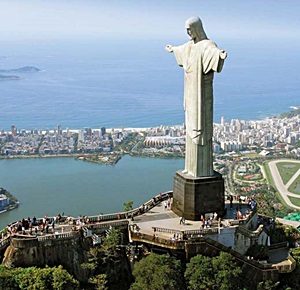 1931 – The statue of Christ the Redeemer was dedicated on top of Mount Corcovado overlooking Rio de Janeiro.
Constructed between 1922 and 1931, the statue is 98 feet high, (plus a 26 foot pedestal). The arms stretch a total of 92 feet wide. 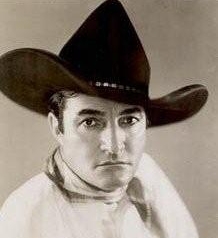 1940 – Silent film star Tom Mix was killed when he lost control of his speeding Cord Phaeton convertible and rolled into a dry wash (now called the Tom Mix Wash) near Florence, Arizona. He was 60 years old.
Mix was driving north from Tucson in his Cord Phaeton sports car. He was driving so fast that he didn’t notice – or failed to heed – signs warning that one of the bridges was out on the road ahead.
The Phaeton swung into a gully and Mix was smacked in the back of the head by one of the heavy aluminum suitcases (containing a substantial sum of money, traveler’s checks, and jewels) that had been in the convertible’s backseat. The impact broke the actor’s neck and he died almost instantly. 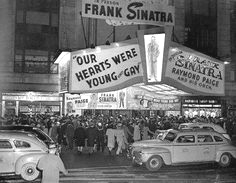 1944 – It was dubbed the “Columbus Day Riot.”
At Frank Sinatra’s show at the Paramount Theater in New York City, police were called in to control the outside crowd of 25,000 fans who were desperate to get inside.
Part of the problem had to do with fans refusing to leave the theater after having seen one complete show. Repeat performances were then being scheduled in tight rotation, running nearly all day and into the night.
In theaters with a capacity for 3,000 to 3,500 fans, sometimes as few as 250 would leave at the show’s end. Some were known to sit through dozens of performances to the point of becoming faint, remaining in their seats for six or eight hours without food and refusing to leave until forcibly removed by ushers. 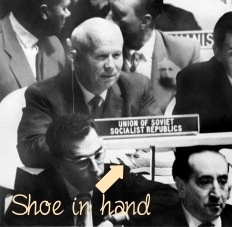 1960 – In one of the most surreal moments in the history of the United Nations – and the Cold War – Soviet Union leader Nikita Khrushchev removed his shoe and pounded a table with it in protest against a speech critical of Soviet policy in Eastern Europe.
During a debate over a Russian resolution decrying colonialism, a representative of the government of the Philippines charged the Soviets with employing a double standard, pointing to their domination of Eastern Europe as an example of the colonialism they were criticizing in their resolution.
In response, Khrushchev took off one of his shoes and began to furiously pound the table.
The chaotic scene finally ended when General Assembly President Frederick Boland (Ireland) broke his gavel calling the meeting to order, but not before the image of Khrushchev as a hotheaded buffoon was indelibly etched into America’s collective memory. 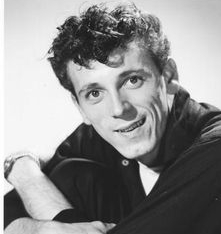 1971 – Gene Vincent (‘Be-Bop-A-Lula’) died from a ruptured stomach ulcer. He was only 36.
His popularity waned in the U.S. in the late Fifties as the rockabilly era gave way to teen idols, but he remained a revered star in Britain and Europe throughout the Sixties.
He was inducted into the Rock and Roll Hall of Fame in 1998. 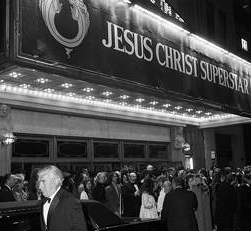 1971 – The rock opera Jesus Christ Superstar premiered at the Mark Hellinger Theatre on Broadway.
The show and subsequent productions were condemned by some religious groups who claimed the character of Judas was too sympathetic.
At the same time, some Jews said it bolstered the anti-Semitic belief that the Jews are responsible for Jesus’ death by showing most of the villains as Jewish. 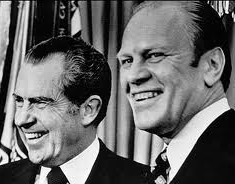 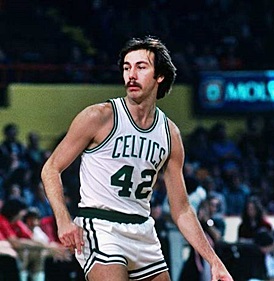 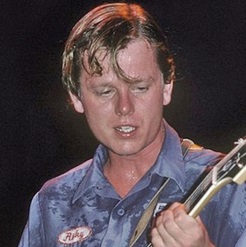 1985 – Guitarist Ricky Wilson, guitarist and founding member of rock band the B-52’s, died of AIDS-related cancer at the age of 32.
Wilson was the group’s master planner and main songwriter. His unusual approach to the guitar, using only four strings and special open tunings, went a long way toward defining the band’s unique sound. 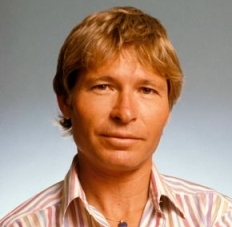 1997 – Singer John Denver (Rocky Mountain High, Annie’s Song, Take Me Home, Country Roads, Sunshine On My Shoulders, Thank God I’m A Country Boy) died when his experimental amateur aircraft crashed into Monterey Bay on the California coast.
Denver, flying an aircraft with which he had previously experienced control problems, lost control of his Long-EZ aircraft, leading to the fatal crash. 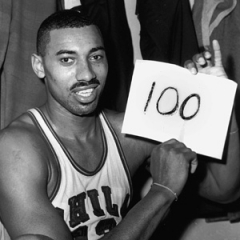 1999 – NBA Hall of Fame player Wilton Norman “Wilt” Chamberlain died of congestive heart failure at the age of 63.
Chamberlain scored 31,419 points – he scored 100 in one game in 1962 – and is the only player in NBA history to average at least 30 points and 20 rebounds per game over the entire course of his NBA career.

2000 – A motorized rubber dinghy loaded with explosives blew a 40-by-40-foot hole in the port side of the USS Cole, a U.S. Navy destroyer that was refueling at Aden, Yemen.
Seventeen sailors were killed and 38 wounded in the attack, which was carried out by two suicide terrorists alleged to be members of Saudi exile Osama bin Laden’s al Qaeda terrorist network.
In the aftermath of the attack, President Bill Clinton ordered American ships in the Persian Gulf to leave port and head to open waters.
U.S. investigators focused exclusively on possible links to Osama bin Laden, who had been formally charged in the U.S. with masterminding the 1998 bombings of U.S. embassies in Kenya and Tanzania that killed 224 people, including 12 Americans. 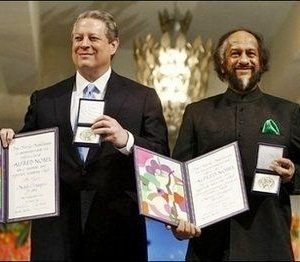