“Do not seek death. Death will find you. But seek the road which makes death a fulfillment. In the last analysis, it is our conception of death which decides our answers to all the questions that life puts to us.”
~Dag Hammarskjold / United Nations Secretary-General 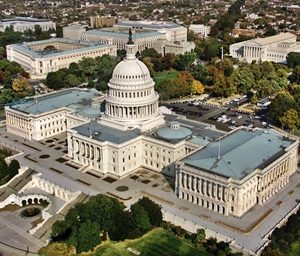 1793 – President George Washington laid the cornerstone to the United States Capitol building, the home of the legislative branch of American government.
The building would take nearly a century to complete, as architects came and went, the British set fire to it and it was called into use during the Civil War.
Today, the Capitol building, with its famous cast-iron dome and important collection of American art, is part of the Capitol Complex, which includes six Congressional office buildings and three Library of Congress buildings, all developed in the 19th and 20th centuries. 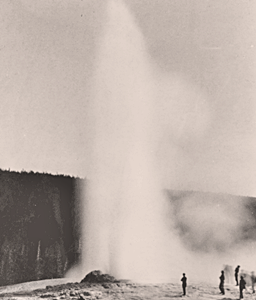 1870 – Old Faithful Geyser was observed and named by Henry D. Washburn during the Washburn–Langford–Doane Expedition to Yellowstone. 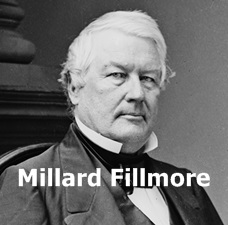 1850 – As part of the Compromise of 1850 between Southern slave-holding interests and Northern Free-Soilers, the U.S. Congress passed the Fugitive Slave Act. President Millard Fillmore, a strong advocate of the act, signed it into law.
The passage of the act – which required that all escaped slaves, upon capture, be returned to their owners and that officials and citizens of free states had to cooperate – helped quiet early calls for Southern secession.
Widespread opposition to the act saw the law become virtually unenforceable in certain Northern states, and by 1860 only around 330 slaves had been successfully returned to their Southern “masters”.
The Fugitive Slave Act was finally repealed by an act of Congress in 1864. 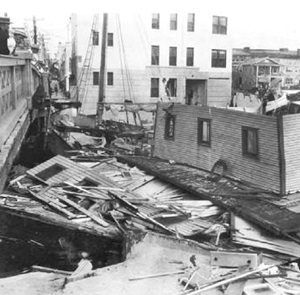 1926 – The Great Miami Hurricane made landfall between Coral Gables and South Miami.
With winds estimated at 150 mph, the storm crossed the peninsula south of Lake Okeechobee, entered the Gulf of Mexico, and made another landfall near Mobile, Alabama as a Category 3 hurricane on September 20.
It then hooked westward along coastal Alabama and Mississippi, eventually dissipating on September 22 after moving inland over Louisiana. Over 370 residents had died by the time the storm ended. 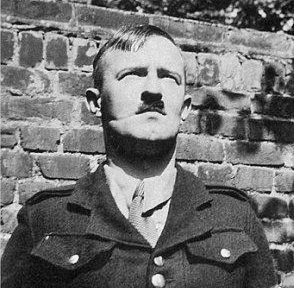 1939 – William Joyce, an Irish-American fascist politician who had defected to Germany, made the first of his Nazi propaganda broadcasts aimed at British listeners.
Over the next six years, those broadcasts earned him the derisive moniker of Lord Haw-Haw by the British press. That ridicule didn’t affect the size his audience. At the height of his influence, in 1940, Joyce had an estimated six million regular and 18 million occasional listeners in the United Kingdom
Joyce, originally an American citizen, lived in Britain before becoming a naturalized German citizen in 1940.
He was hanged in London on January 3, 1946 for betraying Britain. 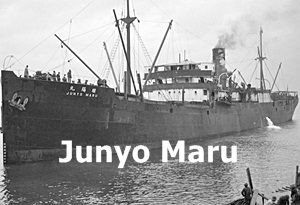 1944 – 15 miles off the west coast of Sumatra, British submarine HMS Tradewinds torpedoed and sank the Junyo Maru, a Japanese cargo ship which had been transformed to carry prisoners of war and slave laborers.
Over 5,500 people died, including 1377 Dutch prisoners, 64 British and Australian prisoners, and 8 American prisoners.
The rest of the victims were slave laborers predominantly from Java who, for the entire period of their captivity, had suffered especially inhumane conditions.
Their captivity was so bad that only 200 of the 4,200 on board attempted to leave the sinking ship. Instead, they huddled together on board, rather than jumping for a chance in the water. 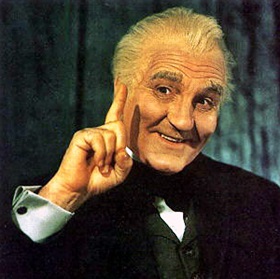 1949 – Actor Frank Morgan died of a heart attack at the age of 59.
He starred in The Affairs Of Cellini and Tortilla Flat – both of which earned him Academy Award nominations – but he is best remembered for his performance as the title character in The Wizard Of Oz.
In addition to playing the Wizard in that epic film, Morgan also played “Professor Marvel,” the carnival huckster, the Gatekeeper at the Emerald City, the coachman of the carriage drawn by “The Horse of a Different Color,” and the Guard who blubbered loudly upon seeing Dorothy cry at not being admitted to see the Wizard. 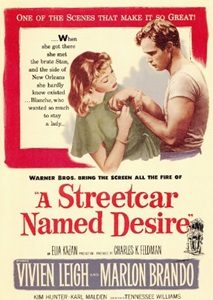 1951 – A Streetcar Named Desire, adapted from Tennessee Williams’ Pulitzer Prize-winning 1947 play, premiered in theaters.
Marlon Brando, Kim Hunter, and Karl Malden were all cast in their original Broadway roles. Vivien Leigh, who had appeared in the London theatre production of the play, was cast in the film adaptation based on her star power.
The film set an Oscar record when it became the first film to win in three acting categories; Best Actress (Leigh), Best Supporting Actor (Malden), Best Supporting Actress (Hunter), and Art Direction.
Brando rose to prominence as a major Hollywood film star and received the first of four consecutive Academy Award nominations for Best Actor. 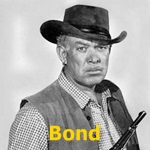 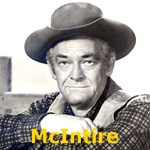 1957 – Wagon Train premiered on NBC. After five years, the series switched to ABC in 1962 and ran for three more years.
Ward Bond was the original wagon master. Following his death in 1960 (in the middle of the fourth season), he was replaced by John McIntire as wagon master. 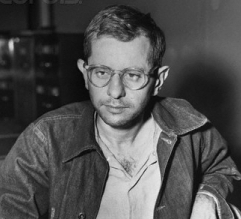 1959 – Serial killer Harvey Glatman was executed in a California gas chamber for murdering three young women in Los Angeles.
Resisting all appeals to save his life, Glatman wrote to the appeals board to say, “I only want to die.” 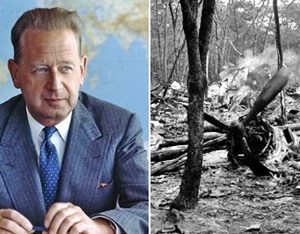 1961 – United Nations Secretary-General Dag Hammarskjold died when his plane crashed under mysterious circumstances near Ndola in Northern Rhodesia (now Zambia).
The Rhodesian Federal Inquiry Commission, which investigated the crash, concluded that the pilot flew too low and struck trees, but multiple claims have been made that the plane was shot down, and that Hammarskjold was actually killed in an assassination plot involving some combination of the CIA (U.S.), MI6 (UK), a Belgian Mining Company, and a South African paramilitary unit, because he was pushing for the Congo’s independence, which would have hurt the interests of any of those forces.
The U.S. and British were reportedly angry at a UN military operation that the secretary general had ordered days before his death on behalf of the Congolese government.
In 1998, the South African National Intelligence Agency turned over a file to the South African Truth and Reconciliation Commission. It included copies of eight documents, one of which stated that CIA director Allen Dulles concurred that “Dag is becoming troublesome … and should be removed.” 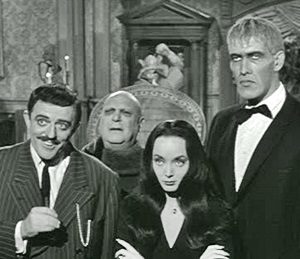 1964 – The Addams Family premiered on ABC.
Based on the characters from Charles Addams’ New Yorker cartoons, the series starred John Astin, Carolyn Jones, Jackie Coogan, and Ted Cassidy (as “charming” butler Lurch).
They Worked Hard Factoid:Although the series ran for only two seasons, a total of 64 episodes were aired because back then, boys and girls, television series usually contained 30 or more episodes per season, not the 18-24 shows per season TV viewers get today. 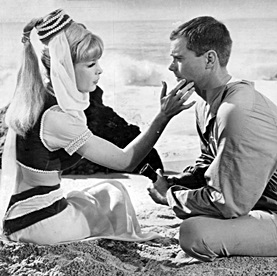 1965 – I Dream Of Jeannie premiered on NBC.
The show, which starred Barbara Eden and Larry Hagman, lasted five seasons. 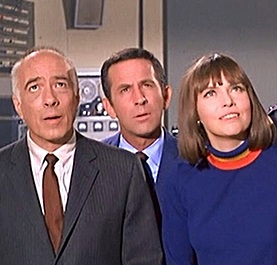 1965 – Get Smart premiered on NBC.
The series starred Don Adams, Barbara Feldon and Edward Platt and ran for five years. 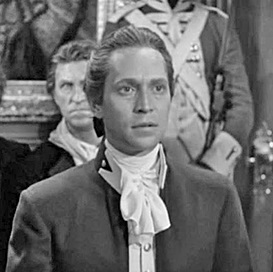 1968 – Actor Franchot Tone died of lung cancer at the age of 63.
He was Oscar-nominated for his role as Midshipman Roger Byam in the 1935 production of Mutiny On The Bounty and became a leading man in films such as Dangerous, Phantom Lady, Dark Waters, and Advise and Consent. 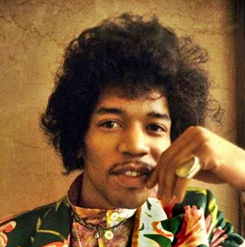 1970 – Jimi Hendrix died of a drug overdose. He was 27.
Coroner Gavin Thurston concluded that Hendrix aspirated his own vomit and died of asphyxia while intoxicated with barbiturates. Citing “insufficient evidence of the circumstances”, he declared an open verdict, meaning the death was suspicious, but he was unable to reach any other verdict.
Monika Dannemann, his girlfriend, later revealed that Hendrix had taken nine of her prescribed Vesparax sleeping tablets, 18 times the recommended dosage.
Although his mainstream career spanned only four years, he is widely regarded as one of the most celebrated musicians of the 20th century. Rock and Roll Hall of Fame describes him as “arguably the greatest instrumentalist in the history of rock music.” 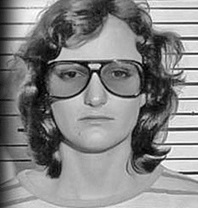 1975 – Newspaper heiress and wanted fugitive Patty Hearst was captured in a San Francisco apartment and arrested for armed robbery.
Eighteen months earlier, Hearst, the 19-year-old daughter of newspaper publisher Randolph Hearst, had been kidnapped from her apartment in Berkeley, California, by two black men and a white woman, all three of whom were members of the Symbionese Liberation Army.
The situation changed dramatically when Hearst declared, in a tape sent to the authorities, that she was joining the SLA of her own free will. Later that month, a surveillance camera took a photo of her participating in an armed robbery of a San Francisco bank, and she was also spotted during the robbery of a Los Angeles store.
Despite her later claim that she had been brainwashed by the SLA, she was convicted on March 20, 1976, and sentenced to seven years in prison. Her prison sentence was commuted by President Jimmy Carter and she was released in February 1979.
She received a full pardon from President Bill Clinton on January 20, 2001, his last day in office. 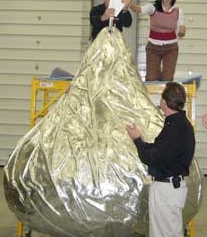 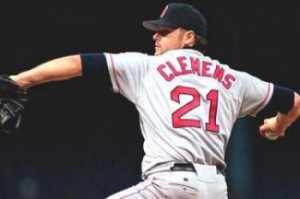 1996 – Boston Red Sox pitcher Roger Clemens struck out 20 Detroit Tigers, tying his own major league record for most strikeouts in a game; a record he had set ten years earlier against Seattle. 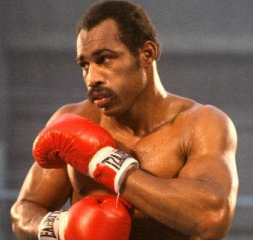 2013 – Former heavyweight boxing champion Ken Norton died after a series of strokes. He was 70.