In 1895, Mark Hanna, a U.S. senator from Ohio, explained how politics worked. “There are two things that are important in politics,” he said. “The first is money, and I can’t remember what the second one is.” 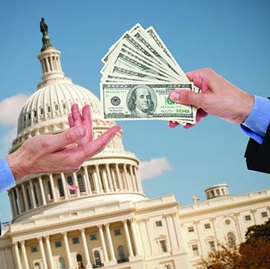 That figure rose to $8.7 billion in 2018, when midterm congressional elections were held.

But don’t think for one minute that we’ve reached the summit of political spending.

According to the latest U.S. advertising forecast from WPP PLC’s ad-buying unit GroupM, political ad spending will total $9.9 billion in 2020.

How many homeless veterans and hungry children could the U.S. assist with that kind of money? Oh, the candidates will pay lip service to both situations but the reality is their (pardon the pun) “primary” concern is raising cash and spending it on television and radio commercials, signs and so much campaign material that it puts your mailbox at risk of collapsing.