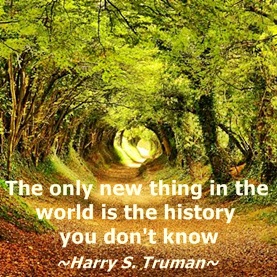 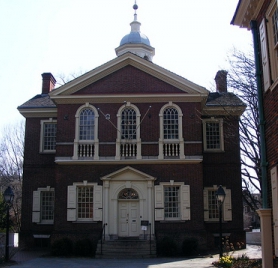 1774 – In response to the British Parliament’s enactment of the Coercive Acts in the American colonies, the first session of the Continental Congress convened at Carpenters’ Hall in Philadelphia.
The Coercive Acts, called the “Intolerable Acts” by colonists, closed Boston to merchant shipping, established formal British military rule in Massachusetts, made British officials immune to criminal prosecution in America and required colonists to maintain living quarters British troops.
Fifty-six delegates from all of the colonies except Georgia drafted a declaration of rights and grievances and elected Virginian Peyton Randolph as the first president of Congress.
Patrick Henry, George Washington, and John Adams were among the delegates. 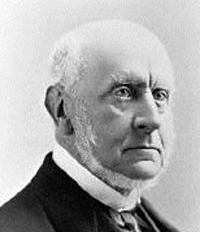 1863 – Charles Francis Adams, the United States Foreign Minister to Great Britain, sent an angry letter to the British government warning that war between the two nations could erupt if Great Britain allowed a pair of powerful ironclad ships, designed to help the Confederates break the Union naval blockade, to set sail.
Throughout the war, Confederate agents in England acquired ships from British shipyards that were later used in the Confederate navy. This seemed to be in violation of Britain’s own Neutrality Act of 1819.
During the Civil War, the British argued that selling ships to the Confederates was not a violation of the law so long as they were not armed. So the Confederacy simply purchased the ships and then took them to another port before adding the armament.
On September 5, Adams concluded a letter to British Foreign Secretary Lord Russell with the words: “It would be superfluous of me to point out to your Lordship that this is war,” and with those words, a major foreign crisis was averted, and any glimmer of Confederate hope for British recognition vanished.
Sadly, Adams’ contribution to the success of the Union victory has been relegated to the dustbin of American history … but not by me. 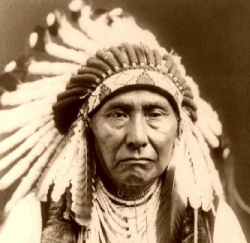 1877 – Sioux chief Crazy Horse was fatally bayoneted by a U.S. soldier after resisting confinement in a guardhouse at Fort Robinson, Nebraska.
A year earlier, Crazy Horse was among the Sioux leaders who defeated George Custer’s Seventh Cavalry at the Battle of Little Bighorn in Montana Territory. 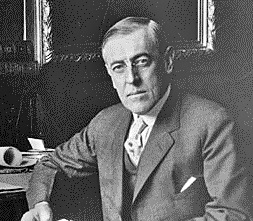 1914 – President Woodrow Wilson ordered the U.S. Navy to make its wireless stations accessible for any transatlantic communications – even to German diplomats sending coded messages, despite the fact Germany was a belligerent in World War I.
Wilson’s decision was part of his policy to keep America neutral and out of involvement in the war. Little did he know how important his order on this date would be.
Three years later, it would lead to the interception of the “Zimmermann telegram” which forced the U.S. into the war.
On February 24, 1917, British authorities gave Walter Hines Page, the U.S. ambassador to Britain, a copy of the Zimmermann Telegram, a coded message from German Foreign Secretary Arthur Zimmermann to Heinrich von Eckardt, the German ambassador to Mexico.
In the telegram, intercepted and deciphered by British intelligence in late January, Zimmermann instructed his ambassador, in the event of a German war with the United States, to offer significant financial aid to Mexico if it agreed to enter the conflict as a German ally.
Germany also promised to restore to Mexico the lost territories of Texas, New Mexico and Arizona.
Wilson was shocked by the note’s content and the next day proposed to Congress that the U.S. should start arming its ships against possible German attacks.
Wilson also authorized the State Department to publish the telegram on the front pages of American newspapers.
On April 2, President Wilson, who had initially sought a peaceful resolution to World War I, urged immediate U.S. entrance into the war. Four days later, Congress formally declared war against Germany. 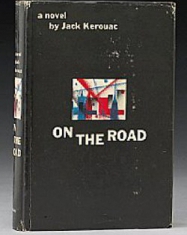 1957 – On The Road, a novel by writer Jack Kerouac, was published.
Based on the travels of Kerouac and his friends across America, it is considered a defining work of the postwar Beat and Counterculture generations, with its protagonists living life against a backdrop of jazz, poetry, and drug use. 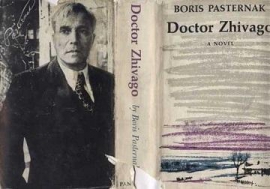 1958 – Boris Pasternak’s romantic novel, Dr. Zhivago was published in the United States.
The book was banned in the Soviet Union, where officials argued that the book romanticized the pre-Revolution Russian upper class and degraded the peasants and workers who fought against the czarist regime.
Smuggled into the U.S. by admirers, the book was hailed as an instant classic and won the Nobel Prize for Literature. None of the acclaim for the book helped Pasternak. The Soviet government refused to allow him to accept the Nobel Prize, and he was banished from the Soviet Writers Union.
In 1965, Dr. Zhivago was made into a hit movie starring Omar Sharif as the title character. The film earned nine Academy Award nominations and won five. 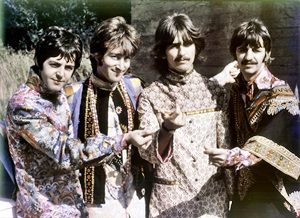 1967 – The Beatles recorded sixteen takes of the rhythm track of I Am The Walrus.
The impressive multitude of overdubs (strings and backing vocals) that completed the song were recorded in later sessions.
Take 16, was included on The Beatles Anthology 2 … and in my opinion, it kicks ass! 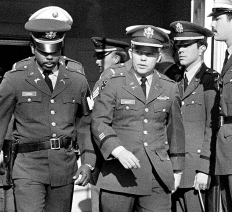 1969 – Lt. William Calley was charged with six specifications of premeditated murder in the death of 109 Vietnamese civilians at My Lai in March 1968. Calley had led his men in a massacre of Vietnamese civilians, including women and children, on March 16, 1968.
The incident was initially covered up, but eventually came to light a year later.
An Army board of inquiry, headed by Lt. Gen. William Peers, investigated the massacre and produced a list of 30 persons who knew of the atrocity, but only 14, including Calley and his company commander, Captain Ernest Medina, were charged with crimes.
All eventually had their charges dismissed or were acquitted by court-martials except Calley, who was found guilty of personally murdering 22 civilians and sentenced to life imprisonment.
His sentence was reduced to 20 years by the Court of Military Appeals and further reduced later to 10 years by the Secretary of the Army. Calley was paroled by President Richard Nixon in 1974 after having served about a third of his 10-year sentence. 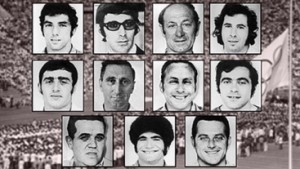 1972 – During the 1972 Summer Olympics at Munich, a group of Palestinian terrorists stormed the Olympic Village apartment of Israeli athletes, killing two and taking nine others hostage.
In return for the release of the hostages, the terrorists, part of a group known as Black September, demanded that Israel release over 230 Arab prisoners being held in Israeli jails and two German terrorists.
In an ensuing shootout at the Munich airport the following day, the nine Israeli hostages were killed along with five terrorists and one West German policeman. Olympic competition was suspended for 24 hours to hold memorial services for the slain athletes.
In the aftermath of the murders, the Israeli government, headed by Golda Meir, hired a group of Mossad agents to track down and kill the Black September assassins. 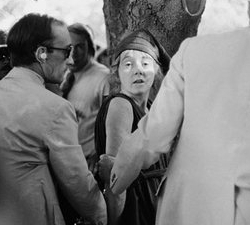 1975 – In Sacramento, California, an assassination attempt against President Gerald Ford was foiled when a Secret Service agent grabbed a semi-automatic .45-caliber pistol from Lynette “Squeaky” Fromme, a follower of cult leader Charles Manson. Fromme was pointing the loaded gun at the president when the Secret Service agent wrestled it from her. 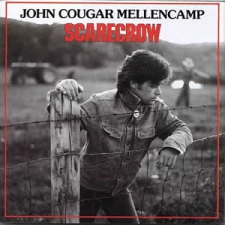 1985 – John ‘Cougar’ Mellencamp’s Scarecrow album peaked at #2 on the Billboard Hot 100 chart.
The album put a spotlight on the fading American dream (especially farmers) in the face of corporate greed – and no song described it better – or more powerfully than Rain On The Scarecrow. 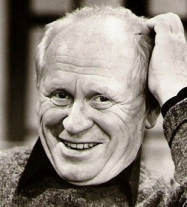 1988 – Actor Gert Frobe, best known for his roles as Auric Goldfinger in the James Bond film Goldfinger, Peachum in The Threepenny Opera, and as Baron Bomburst in Chitty Chitty Bang Bang, died of a heart attack at the age of 75. 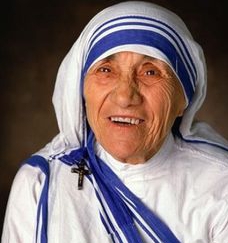 1997 – Mother Teresa, a Roman Catholic nun and missionary who founded the Missionaries of Charity, died at the age of 87.
At the time of her death, the Missionaries of Charity had over 4,000 sisters, and an associated brotherhood of 300 members, operating 610 missions in 123 countries.
Winner of the Nobel Peace Prize in 1979, Mother Teresa was canonized a saint by the Vatican in 2016. 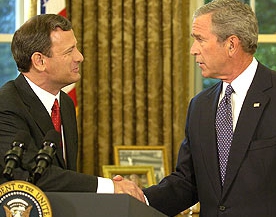 2005 – President George Bush announced the nomination of Judge John Roberts to succeed Chief Justice William H. Rehnquist who had died two days earlier.
Bush had previously nominated Roberts to the U.S. Supreme Court as an Associate Justice to fill a vacancy that would be created by the pending retirement of Justice Sandra Day O’Connor, but on this date, he withdrew Roberts’s nomination as O’Connor’s successor and announced his new nomination to the position of Chief Justice. 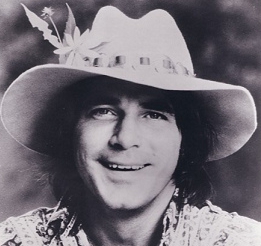 2012 – Singer/songwriter Joe South died of heart failure at the age of 72.
His 1969 hit, Games People Play, won a Grammy Award for Song of The Year, and he had another hit with Walk A Mile In My Shoes in 1970.
As a songwriter, South wrote Down In The Boondocks and Hush, both hits for Billy Joe Royal (the latter covered by Deep Purple), and Rose Garden, a smash for Lynn Anderson. 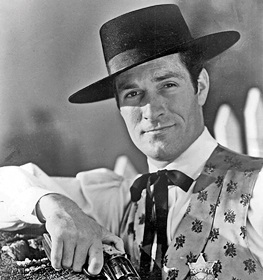 2016 – Actor Hugh O’Brian died of natural causes at the age of 91.
He is best known for his starring role in the ABC western television series The Life and Legend of Wyatt Earp from 1955–1961.
Although his film career was only mildly successful, O’Brian had a small role in John Wayne’s last film, The Shootist and was the last character ever killed by Wayne on screen.
O’Brian, a good friend of Wayne’s, considered it a great honor.

Please Note: I know I have been teasing you with “surprise” lessons the past few weeks, but this will be the last one until I return on a regular basis on September 11.