“We are gathered here, representatives of the major warring powers, to conclude a solemn agreement whereby peace may be restored. The issues involving divergent ideals and ideologies have been determined on the battlefields of the world, and hence are not for our discussion or debate.
Nor is it for us here to meet, representing as we do a majority of the peoples of the earth, in a spirit of distrust, malice, or hatred.”
~Gen. Douglas MacArthur
Supreme Commander Allied Powers
Opening Statement onboard the USS Missouri
September 2, 1945 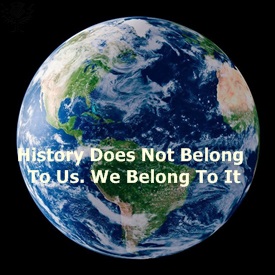 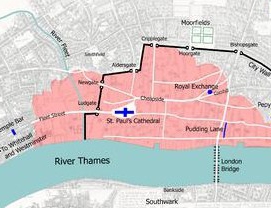 1666 – In the early morning hours, the Great Fire of London started in the house of King Charles II’s baker on Pudding Lane near London Bridge.
It soon spread to Thames Street, where warehouses filled with combustibles and a strong easterly wind transformed the blaze into an inferno. When the Great Fire finally was extinguished on September 6, more than four-fifths of London had been destroyed.
Miraculously, only 16 people were known to have died. 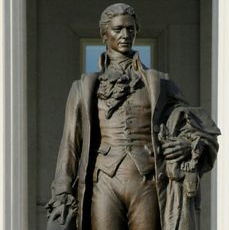 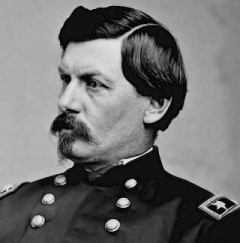 1862 – President Abraham Lincoln reluctantly restored Union General George B. McClellan to full command after General John Pope’s disaster at the Second Battle of Bull Run, Virginia, on August 29 and 30.
McClellan, commander of the Army of the Potomac, saw much of his army transferred to Pope’s Army of Virginia after his own failure to capture Richmond, Virginia in June 1862.
Pope, who had one chance to prove his leadership at Second Bull Run against Confederate General Robert E. Lee, retreated to Washington, D.C. He had not received any help from McClellan, who sat nearby in Alexandria, Virginia, and refused to go to Pope’s aid.
After a summer of defeats, the Union forces in the east were now in desperate need of a boost in morale. Even though McClellan was, in part, the architect of those losses, Lincoln felt he was the best available general to raise the sagging spirits of the men in blue. 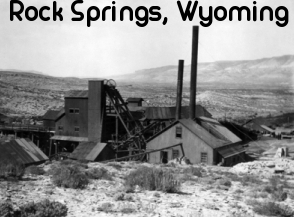 1885 – Outraged by a company decision to allow Chinese miners to work the richest coal seams, a mob of 150 white miners in Rock Springs, Wyoming, brutally attacked their Chinese coworkers, killing 28, wounding 15 others, and driving several hundred more out of town. 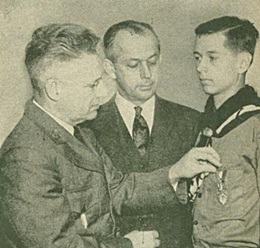 1912 – 16-year old Arthur Eldred became the first Boy Scout to receive the coveted distinction of Eagle Scout by the Boy Scouts of America.
Eldred was the first of four generations of Eagle Scouts in his family. 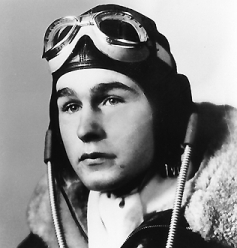 1944 – Future President George Herbert Walker Bush was serving as a torpedo bomber pilot in the Pacific theater of World War II when his squadron was attacked by Japanese anti-aircraft guns.
Bush was forced to bail out of the plane over the ocean. 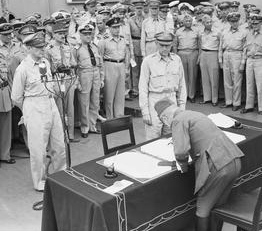 1945 – Aboard the USS Missouri in Tokyo Bay, Japan formally surrendered to the Allies, bringing an end to World War II.
Although Emperor Hirohito had announced the Japanese surrender on August 15, U.S. General Douglas MacArthur – instructed to preside over the surrender by President Harry Truman – held off the ceremony until September 2 in order to allow time for representatives of all the major Allied powers to arrive. 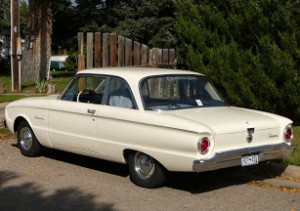 1959 – Ford Motor Company introduced its company’s newest car – the 90-horsepower, 30 miles-per-gallon Falcon.
Dubbed “the small car with the big car feel,” the Falcon was an overnight success. It went on sale that October 8 and by October 9, dealers had snapped up every one of the 97,000 cars in the first production run. 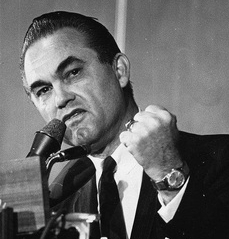 1963 – Nine months after he proclaimed “segregation now, segregation tomorrow and segregation forever,” Alabama Governor George Wallace issued an executive order shutting down Tuskegee High School to prevent integration – and then s surrounded the school with state troopers.
Within days, U.S. District Judge Frank M. Johnson and four other federal trial judges in Alabama jointly issued a restraining order instructing the governor to stop interfering with the court-ordered desegregation of public schools in Birmingham, Mobile and Tuskegee.
When Wallace ordered the Alabama National Guard to stop any non-white children from entering all-white schools, President John F. Kennedy federalized the guard and had them return to their armories. 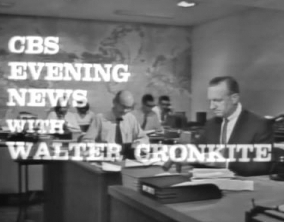 1963 – In this age of mass communication and 24-hours a day news programming, what happened on this day seems difficult to believe.
On September 2, CBS Evening News with Walter Cronkite became U.S. network television’s first half-hour weeknight news broadcast, when the show is lengthened from 15 to a whopping 30 minutes. 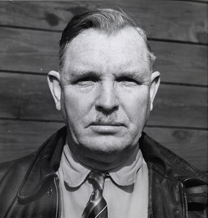 1964 – Alvin York, Medal of Honor winner, and one of the most decorated American soldiers in World War I, died of a cerebral hemorrhage at the age of 76. 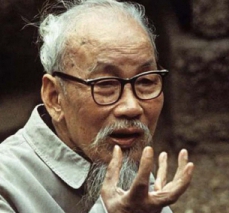 1969 – President Ho Chi Minh of the Democratic Republic of Vietnam died of a heart attack in Hanoi. He died on the 24th anniversary of his declaration of Vietnam independence from France. 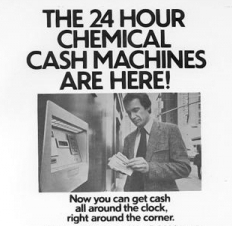 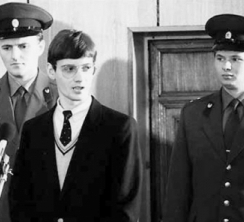 1987 – The trial of Mathias Rust, a 19-year-old West German pilot who flew his Cessna plane into Red Square in May 1987, began in Moscow.
Rust had become an international celebrity following his daring intrusion into Soviet airspace and landing in the center of Moscow, but the Soviet government condemned his actions.
Rust was charged with several violations, the most serious being that he had illegally entered Soviet airspace. He argued that he was merely trying to promote world peace. He carried with him copies of a plan he had developed for a worldwide democracy, which he referred to as Iagonia.
On a global scale, the Soviets had been embarrassed by Rust’s flight, since it indicated that the vaunted Soviet air defense system was imperfect. Following a brief farce of a trial, Rust was found guilty of violating Soviet airspace and sentenced to prison.
He served 18 months. 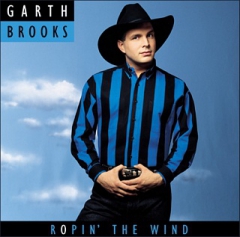 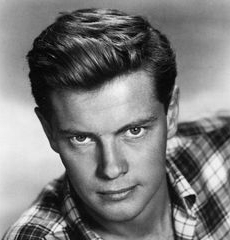 2001 – Actor Troy Donahue (A Summer Place, Rome Adventure, Parrish, Hawaiian Eye) died of a heart attack at the age of 65. 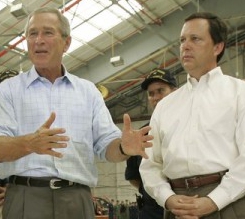 2005 – At an impromptu press conference, President George W. Bush told Michael Brown, head of the Federal Emergency Management Agency, “Brownie, you’re doing a heck of a job” during a tour of Hurricane Katrina damage in Alabama. The words would come back to haunt Bush and Brown.
“Brownie,” critics claimed, had not done a “heck of a job” at all.
One day earlier, Brown had told CNN that he was unaware that New Orleans’ officials had housed thousands of evacuees, who quickly ran out of food and water, in the Convention Center – even though major news outlets had been reporting on the evacuees’ plight for at least a day.
He also criticized those that were stuck in New Orleans as those “who chose not to evacuate, who chose not to leave the city.”
In yet another misstep, he told fire and rescue departments outside affected areas to refrain from providing trucks or emergency workers without a direct appeal from state or local governments in order to avoid coordination problems and the accusation of overstepping federal authority.
Ten days after the “heck of a job” praise from Bush, Brown resigned, saying that it was “in the best interest of the agency and best interest of the president.”
In reality Brown had been pushed out by the administration rather than resigning. 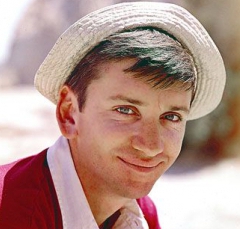 2005 – Actor Bob Denver (The Many Loves of Dobie Gillis and Gilligan’s Island) died of cancer at the age of 70. 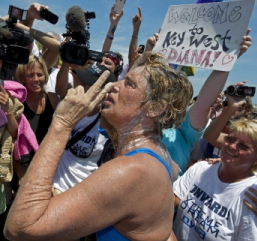 2013 – 64-year-old Diana Nyad became the first person to swim from Cuba to Florida without the use of a shark cage for protection.
Nyad completed the 110-mile swim from Havana to Key West, through the jellyfish-and shark-infested waters of the Straits of Florida, in approximately 53 hours.