“Anyone’s guilty who lets these things happens and pretends like it isn’t. No, he was guilty all right. Just as guilty as the fanatics who pulled the trigger. Maybe we all are.”
~Willem Dafoe (as FBI Special Agent Alan Ward)
‘Mississippi Burning’

1788 – On a 57 to 47 vote, New Hampshire became the ninth and last necessary state to ratify the Constitution of the United States, thereby making the document the law of the land.
On September 17, 1787, after three months of debate moderated by convention president George Washington, the new U.S. constitution had been signed by 38 of the 41 delegates present at the conclusion of the convention. As dictated by Article VII, the document would not become binding until it was ratified by nine of the 13 states.
Today the U.S. Constitution is the oldest written constitution in operation in the world. Some scholars note that the United Kingdom and San Marino have some written governing documents still in effect that predate the enactment of the U.S. Constitution.
But as a single document laying out an overall framework for governing a country – a common way many people would define a constitution – the U.S. truly has the oldest one still working. 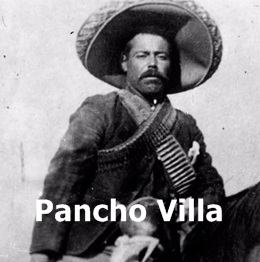 1916 – The controversial U.S. military expedition against Mexican revolutionary Pancho Villa brought the United States and Mexico closer to war when Mexican government troops attacked U.S. Brigadier General John J. Pershing’s force at Carrizal, Mexico. The Americans suffered 22 casualties, and more than 30 Mexicans were killed.
For 11 months, Pershing failed to capture the elusive revolutionary, who was aided by his intimate knowledge of the terrain of northern Mexico and his popular support from the people there. Meanwhile, resentment over the U.S. intrusion into Mexican territory led to a diplomatic crisis with the government in Mexico City.
In January 1917, having failed in their mission to capture Villa, and under continued pressure from the Mexican government, the Americans were ordered home. 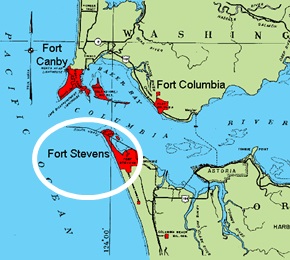 1942 – Japanese submarine I-25, commanded by Tagami Meiji, surfaced at the mouth of the Columbia River in Oregon and fired 17 shells from its 5.5-inch deck gun at Fort Stevens.
The shots were harmless, in part because Maj. Robert Huston, the fort’s commander ordered an immediate blackout. The commander also refused to permit his men to return fire, which would have revealed their position.
The only damage to the fort was the destroyed backstop of the post’s baseball field. The attack, such as it was, made Fort Stevens the only military installation in the continental United States to come under enemy fire in World War II. 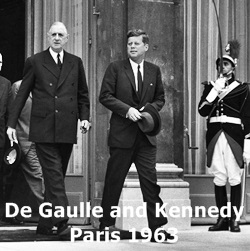 1963 – The French government shocked its allies by announcing that it was withdrawing its navy from the North Atlantic fleet of the North Atlantic Treaty Organization (NATO). The French action was viewed in the West as evidence that France would be pursuing an independent policy regarding its nuclear arsenal.
In the months prior to the French action, the United States had been pushing its NATO allies to accept a plan whereby the NATO North Atlantic fleet would be armed with Polaris nuclear missiles.
The ships would have crews made up of personnel from various NATO nations.
This plan, however, conflicted with a French plan to base much of their nation’s nuclear arsenal in their own navy. Obviously, France wished to maintain absolute control over its ships to carry out this program. French President Charles de Gaulle’s government issued a brief statement indicating that the French ships in the NATO North Atlantic fleet were being withdrawn.
The announcement came just as President John F. Kennedy was preparing to go to Europe for a series of talks with America’s allies. Kennedy, during his European trip, attempted to persuade the French to rethink their position, but de Gaulle stood firm in his decision.
French naval forces never rejoined the NATO fleet. 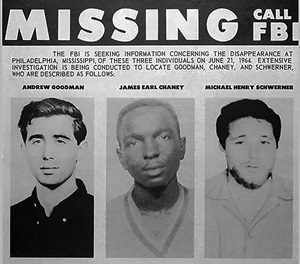 1964 – This is long because it has to be
In Neshoba County in central Mississippi, three civil rights field workers disappeared after investigating the burning of an African American church by the Ku Klux Klan. The disappearance of the three young men garnered national attention and led to a massive FBI investigation that was code-named MIBURN, for Mississippi Burning.
Michael Schwerner and Andrew Goodman, both white New Yorkers, had traveled to heavily segregated Mississippi in 1964 to help organize civil rights efforts on behalf of the Congress of Racial Equality. The third man, James Chaney, was a local African American man who had joined CORE in 1963.
On this date, the three went to investigate the burning of the church in Neshoba. While attempting to drive back to Meridian, they were stopped by Neshoba County Deputy Sheriff Cecil Price just inside the city limits of Philadelphia, the county seat. Price, a member of the KKK, threw them in the Neshoba County jail, allegedly under suspicion for church arson.
The three sat in their cell for seven hours. No phone calls were permitted. They were eventually released late at night but were followed by Price and several other vehicles as they headed out of town.
On August 4, the remains of the three young men were found. The culprits were identified, but the state of Mississippi made no arrests. Six months later, nineteen men, including Deputy Price, were indicted by the U.S. Justice Department for violating the civil rights of Schwerner, Goodman, and Chaney (charging the suspects with civil rights violations was the only way to give the federal government jurisdiction in the case).
On October 27, 1967, an all-white jury found seven of the men guilty, including Price and KKK Imperial Wizard Samuel Bowers. Nine were acquitted and the jury deadlocked on three others. U.S. District Judge William Cox sentenced the men to prison terms ranging from three to 10 years.
After sentencing, Cox said, “They killed one nigger, one Jew, and a white man. I gave them what I thought they deserved.” None of the convicted men served more than six years behind bars.
On the forty-first anniversary of the three murders, Edgar Ray Killen, was found guilty of three counts of manslaughter on June 21, 2005. Eighty-year-old Killen, known as an outspoken white supremacist and part-time Baptist minister, was sentenced to 60 years in prison.
Mississippi Burning, an all-names-changed dramatization of the Ku Klux Klan’s murders of the three civil rights workers, premiered in 1988.
Starring Gene Hackman and Willem Dafoe, it was – and still is – a must see depiction of the state of affairs in the United States in the 1960’s. It is one of the most intensely gripping movies I have ever seen. 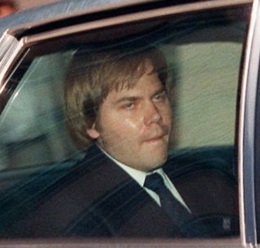 1982 – John W. Hinckley, Jr., who shot President Ronald Reagan and three others outside a Washington, D.C., hotel on March 30, 1981, was found not guilty of attempted murder by reason of insanity. 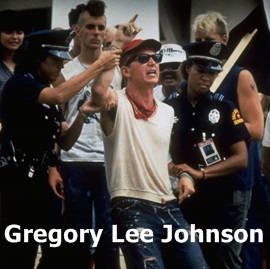 1989 – The U.S. Supreme Court ruled in Texas v. Johnson that American flag-burning was a form of political protest protected by the First Amendment.
Gregory Lee Johnson, then a member of the Revolutionary Communist Youth Brigade, had participated in a political demonstration during the 1984 Republican National Convention in Dallas.
The group marched through the streets, shouted chants, destroyed property, broke windows and threw trash, beer cans, and held signs outside the offices of several companies. At one point, a demonstrator handed Johnson an American flag stolen from a flagpole outside one of the targeted buildings.
When the demonstrators reached Dallas City Hall, Johnson poured kerosene on the flag and set it on fire. He was charged with violating a Texas law that prohibits vandalizing respected objects (desecration of a venerated object). He was convicted, sentenced to one year in prison, and fined $2,000.
After a series of appeals, the case ended up at the Supreme Court, which overturned the conviction on a 5-4 margin. 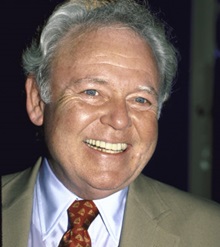 2001 – Actor Carroll O’Connor died from a heart attack brought on by complications from diabetes. He was 76.
He was best known for playing the role of Archie Bunker, the main character in the television sitcoms All In The Family (1971–1979) and Archie Bunker’s Place (1979–1983) before switching to a television dramatic role as southern Police Chief William (Bill) Gillespie In the Heat of the Night (1988-1995).