Christmas In My Hometown

A little over a week ago, I played a spoken piece I did back in 2005 when I was part of The Heather & Ray Show on WCFR in my hometown of Springfield, VT.

That recording, Santa’s Secret, was based on a poem, but the day after recording it, I once again found myself with a few spare moments before the show began so I decided to record another piece; this one recorded extemporaneously with no planned notes.

I had seen a commercial on television the night before, one of those “your kids MUST have this!” sales pitches, implying that your child’s life would be useless if they didn’t get it.

The next morning, that commercial was still on my mind. I hit the “record” button and just started talking and then added a music background.

I still feel the same way.

Christmas Memories … That’s What We’re All About

Christmas In My Hometown 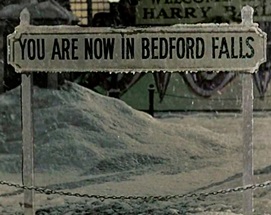