“Death is no more than passing from one room into another. But there’s a difference for me, you know. Because in that other room I shall be able to see. If the blind put their hands in God’s, they find their way more surely than those who see but have not faith or purpose.”
~Helen Keller 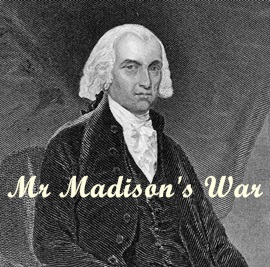 1812 – President James Madison sent a message to Congress detailing American grievances against Great Britain, though not specifically calling for a declaration of war.
Madison’s grievances included a series of trade restrictions introduced by Britain to impede American trade with France, a country with which Britain was at war; the forced recruitment of seamen on U.S. vessels into the Royal Navy (the British claimed they were British deserters); and third, the British military support for Native Americans who were offering armed resistance to the expansion of the American frontier to the Northwest.
In addition, many Americans, who were always hungry for more land, had looked with envy upon the rich portion of southern Canada in the Great Lakes region. War with England, it was felt, might well bring the Canadian provinces into the American fold.
After Madison’s message, the House of Representatives deliberated for four days behind closed doors before voting 79 to 49 (61%) in favor of the first declaration of war.
Every eastern delegation in Congress came down against the war declaration but the southern and western delegations were almost unanimously in favor. Those opposed to the war dubbed it “Mr. Madison’s War”.
The Senate concurred in the declaration by a 19 to 13 (59%) vote in favor.
The conflict began formally on June 18, 1812, when Madison signed the measure into law and proclaimed it the next day. 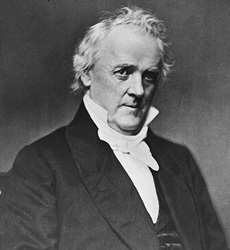 1868 – James Buchanan, the 15th President of the United States (1857-1861), died from respiratory failure at the age of 77.
The day before his death, Buchanan predicted that “history will vindicate my memory,” but historians fault him for his failure to address the issue of slavery which brought the nation to the brink of civil war.
He ranks at or near the bottom in terms of vision/agenda-setting, domestic leadership, foreign policy leadership, moral authority, and positive historical significance of their legacy. 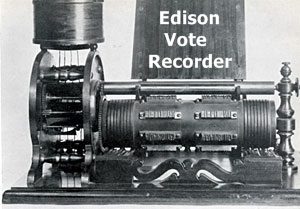 1869 – Thomas Edison received a patent for his electric voting machine.
In Edison’s vote-recorder – created for legislative bodies, such as the U.S. Congress, to record their votes in a more timely fashion than the time-honored voice vote system – a voting device was connected to the clerk’s desk. At the desk, the names of the legislators were embedded in metal type in two columns – yes” and “no.”
Legislators would move a switch on the device to point to either “yes” or “no,” sending an electric current to the device at the clerk’s desk.
Congress wanted no part of any device that would increase the speed of voting – decreasing the time for filibusters and political wheeling and dealing – so Edison’s vote-recorder was sent to the political graveyard. 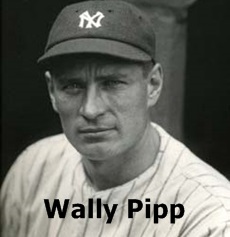 1925 – Lou Gehrig of the New York Yankees played the first of what would become 2,130 consecutive baseball games. He entered the game as a pinch hitter, substituting for shortstop Paul “Pee Wee” Wanninger.
The next day, Yankees manager Miller Huggins started Gehrig in place of regular first baseman Wally Pipp – not because Pipp had a headache as the myth says – but because Huggins wanted to shake up the lineup for the struggling Yankees.
Gehrig went on to start every Yankees game until his retirement in 1939 while Pipp was traded to Cincinnati following the 1925 season and played with them for three seasons before retiring..
Gehrig’s record of 2,130 consecutive games endured for 56 years until Baltimore Orioles shortstop Cal Ripken, Jr., surpassed it on September 6, 1995. 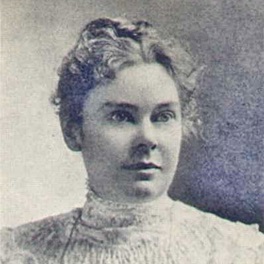 1927 – Lizzie Borden died from pneumonia at the age of 66.
She gained notoriety as the main suspect in the August 4, 1892 axe murders of her father and stepmother in Fall River, Massachusetts.
Although she was acquitted of the murders, Borden remains the prime suspect in the grisly deaths. 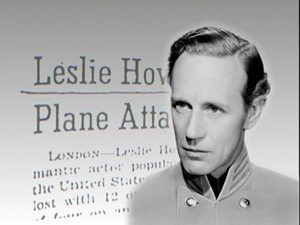 1943 – Actor Leslie Howard died when an airliner on which he was a passenger was shot down over the Bay of Biscay, off the coasts of France and Spain. He was 50.
He starred in The Scarlet Pimpernel, Of Human Bondage, and Pygmalion, but is best known for his role as Ashley Wilkes in Gone With The Wind 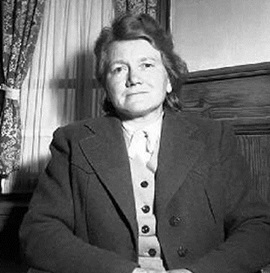 1960 – Paula Hitler, the younger (by seven years) sister of Adolf Hitler, and the last surviving member of the dictator’s immediate family died at the age of 64 in Berchtesgaden, Germany.
By her own account, after losing a job with a Viennese insurance company in 1930 when her employers found out who she was, she received financial support from her brother (which continued until his suicide in 1945), and lived under the name Wolff at his request.
She was arrested by U.S. intelligence officers in May 1945 and debriefed. She could not bring herself to believe that her brother had been responsible for the Holocaust.
After being released from American custody, she moved to Vienna and lived on her savings for a time, then worked in an arts and crafts shop.
In 1952, she moved to Berchtesgaden and lived in seclusion in a two-room flat under the name of Paula Wolff. 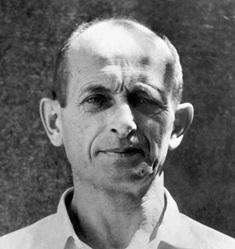 1962 – Near Tel Aviv, Israel, Adolf Eichmann, the Nazi SS officer who organized Adolf Hitler’s “final solution of the Jewish question,” was executed by hanging for his crimes against humanity. 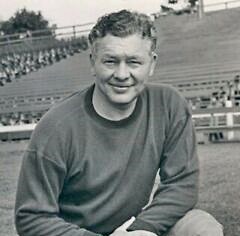 1965 – Earl Louis “Curly” Lambeau died of a heart attack at the age of 67.
Lambeau co-founded the Green Bay Packers in 1919 and was the team’s first playing star and its coach for 31 years. He was an inaugural inductee to the Pro Football Hall of Fame in 1963.
More than any other person, he is responsible for the existence today of the Packers’ unique small-town franchise. Shortly after his death in 1965, the Packers home stadium, which is still in use today, was renamed Lambeau Field in his honor. 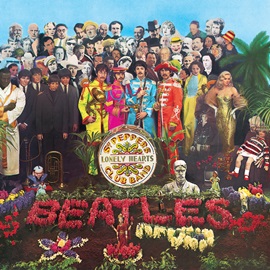 1967 – The Beatles released Sgt. Pepper’s Lonely Hearts Club Band in England.
The album, which was released in the U.S. the following day, is regarded by many as the greatest in the history of rock and roll.
The album spent a total of 148 weeks on the UK charts and topped them for a total of 27 weeks – 23 of them consecutive.
In the U.S., it spent 88 consecutive weeks in the Billboard 200, during which time it spent 15 weeks at #1, and in total spent 175 weeks on the chart.
Worldwide sales are over 30 million. 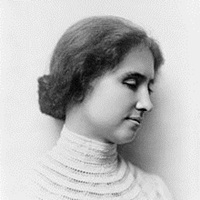 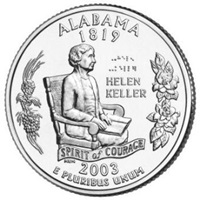 1968 – Helen Keller died in Westport, Connecticut, at the age of 87.
At 19 months old Keller contracted an unknown illness described by doctors as “an acute congestion of the stomach and the brain,” which some historians and physicians believe might have been scarlet fever or meningitis. The illness left her both deaf and blind.
When Helen was seven, her father hired Anne Sullivan, herself visually impaired, to teach Helen.
Sullivan started by spelling words into Helen’s hand; within six months this method proved to be working when Keller had learned 575 words, some multiplication tables, as well as the braille system. It was the beginning of a relationship during which Sullivan evolved into Keller’s governess and eventually her companion.
In 1900, Keller was accepted at Radcliffe College. Her admirer, Mark Twain, had introduced her to Standard Oil tycoon Henry Huttleston Rogers, who, with his wife Abbie, paid for her education. In 1904, at the age of 24, Keller graduated from Radcliffe, becoming the first deaf-blind person to earn a Bachelor of Arts degree at the school.
Keller learned to speak – albeit in a halting manner – and spent much of her life giving speeches and lectures on aspects of her life. She became an accomplished writer, publishing, among other books, The World I Live In, Out Of The Dark, My Religion, Helen Keller’s Journal and Teacher.
For her work on behalf of the blind and the deaf, she was widely honored and in 1964 was awarded the Presidential Medal of Freedom, the nation’s highest civilian honor, by President Lyndon Johnson.
In 2003, Alabama honored its native daughter (she was born in Tuscumbia, AL) on its state quarter. The Alabama quarter is the only circulating U.S. coin to feature braille (above her name on the coin). 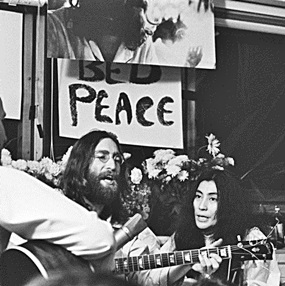 1969 – In the midst of his “Bed-In” honeymoon campaign with wife Yoko Ono, John Lennon recorded Give Peace A Chance in Room 1742 at the Queen Elizabeth Hotel in Montreal.
The “recording session” was attended by dozens of journalists and various celebrities, including Ono, Timothy Leary, Rabbi Abraham Feinberg, Petula Clark, Dick Gregory, Allen Ginsberg, Murray the K, and Derek Taylor, many of whom are mentioned in the lyrics.
Lennon played acoustic guitar and was joined by Tommy Smothers of the Smothers Brothers, also on acoustic guitar.
Released a month later as a single on Apple Records, it became an anthem of the American anti-war movement during the 1970s.
Although often considered to be Lennon’s first solo single, ‘Give Peace A Chance’ was actually credited to the Plastic Ono Band, his conceptual group that would later become reality with a changing line-up.
The song was originally credited as a Lennon/McCartney composition, although Paul played no part in its creation.
In 1980, Lennon set the record straight.
“I didn’t write it with Paul; but again, out of guilt, we always had that thing that our names would go on songs even if we didn’t write them. It was never a legal deal between Paul and me, just an agreement when we were fifteen or sixteen to put both our names on our songs. I’d put his name on’ Give Peace A Chance’ though he had nothing to do with it. It was a silly thing to do, actually. It should have been Lennon-Ono.“ 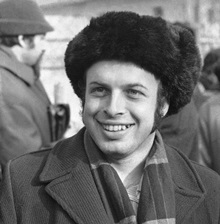 1977 – The Soviet government charged Anatoly Shcharansky, a leader among Jewish dissidents and human rights activists in Russia, with the crime of treason.
The action was viewed by many in the West as a direct challenge to President Jimmy Carter’s new foreign policy emphasis on human rights and his criticism of Soviet repression.
After what passed as a trial, Shcharansky was sentenced to 14 years in prison. He was finally released in February 1986, when he and four other prisoners were exchanged for four Soviet spies who had been held in the West. 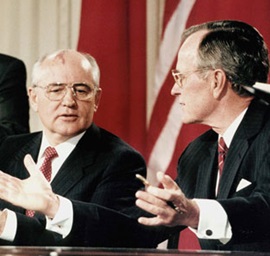 1990 – At a superpowers summit meeting in Washington, D.C., U.S. President George H.W. Bush and Soviet leader Mikhail Gorbachev signed a historic agreement to end production of chemical weapons and begin the destruction of both nations’ sizable reserves of them 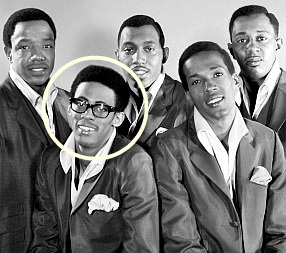 1991 – Singer David Ruffin died of a drug overdose. He was 50.
As a member of the Temptations, Ruffin sang lead on several of their biggest hits, including My Girl, I Wish It Would Rain, and Ain’t Too Proud To Beg.
His addiction to cocaine led to his dismissal from the group in 1968. While he did have limited success as a solo artist (My Whole World Ended (The Moment You Left Me)), Ruffin’s life was a spiral of drug arrests and jail time for repeated violations of his parole.
Ruffin was inducted into the Rock and Roll Hall of Fame along with the other Temptations in 1989. 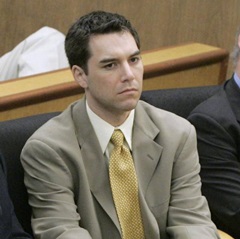 2004 – Opening statements began in the trial of Scott Peterson, accused of murdering his wife Laci and the couple’s unborn son. On Christmas Eve 2002, the pregnant Laci had disappeared from Modesto, California.
Peterson was convicted of the first-degree murder of his wife and the second-degree murder of his unborn son in November. He was unemotional during the reading of the verdict.
On March 16, 2005, Peterson was formally sentenced to death by lethal injection. He remains on death row in California’s San Quentin State Prison. 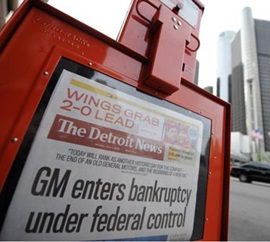 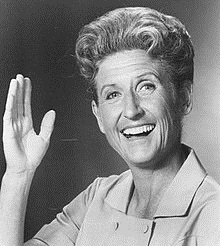 2014 – Actress Ann B. Davis died at 64 from a subdural hematoma after hitting her head in a fall.
She achieved prominence for her role in the NBC comedy The Bob Cummings Show, for which she twice won the Primetime Emmy Award for Outstanding Supporting Actress in a Comedy Series, but she was best known for playing the part of Alice Nelson, the housekeeper in ABC’s The Brady Bunch.