“In all history there is no war which was not hatched by the governments, the governments alone, independent of the interests of the people, to whom war is always pernicious even when successful.”
~Leo Tolstoy 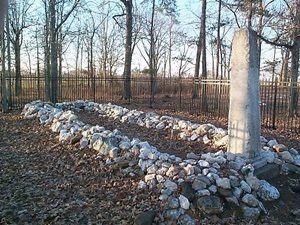 1780 – British Colonel Banastre Tarleton had been given the mission to destroy any colonial resistance in South Carolina … and on this date, he used it to the extreme.
At the Battle of Waxhaws, six miles south of the North Carolina border, a cavalry charge by Tarleton’s men broke the 350 Patriots under Colonel Abraham Buford. Tarleton and his troops weren’t satisfied with the victory.
His men used their sabers on the beleaguered Americans, including men who were kneeling with their hands up in surrender.
The defeat at Waxhaws cost Buford 113 men killed and 150 severely wounded. A large group of the American dead were buried in a mass grave (shown above). 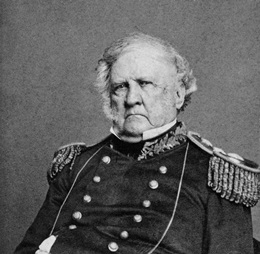 1866 – Winfield Scott, who served as Commanding General of the United States Army for 20 years, died at the United States Military Academy at West Point, New York. He was 79.
Over the course of his 53-year career, “Old Fuss and Feathers” commanded forces in the War of 1812, the Black Hawk War, the Mexican–American War, and the Second Seminole War.
He was the army’s senior officer at the start of the Civil War, and conceived the Union strategy known as the “Anaconda Plan” (which emphasized a Union blockade of the Southern ports, and called for an advance down the Mississippi River to cut the South in two), which was used to defeat the Confederacy. 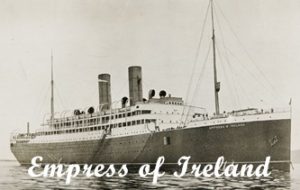 1914 – Heavy fog and a horrible series of blunders caused a collision of boats on the St. Lawrence River in Canada. It was one of the worst maritime disasters in history.
The Empress of Ireland had left Quebec City on May 28 with 1,057 passengers and 420 crew members on board. On this date – at 2:00 a.m. – the Empress was near Father Point on the St. Lawrence River when thick fog rolled in. A Norwegian coal freighter, the Storstad, was approaching as visibility was reduced to nearly nothing.
Although each ship was aware of the other, the Storstad failed to follow standard procedures for fog conditions, which call for stopping when visibility is drastically reduced.
The Storstad only slowed, while the Empress came to a complete stop.
The Norwegian freighter hit the Empress mid-ship and sliced through its hull. Captain Thomas Anderson of the Storstad made matters even worse by failing to reverse engines after the crash. He proceeded directly ahead, crushing many people on board and turning the Empress over onto its side.
The Empress sank in just 14 minutes. Of the 1,057 passengers and 420 crew members on board, only 217 passengers and 248 crew members survived the collision. 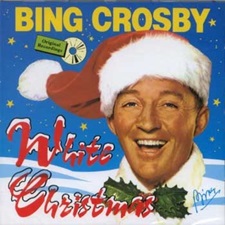 1942 – Bing Crosby recorded White Christmas.
The song spent eleven weeks on top of the charts in 1942, and returned to the #1 spot again during the holiday seasons of 1945 and 1946, making it the only single in history with three separate runs at the top of the U.S. charts. 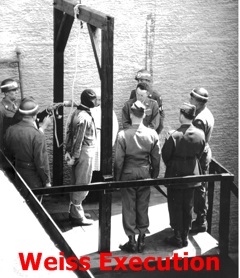 1946 – Martin Gottfried Weiss was executed by hanging at Landsberg prison after being found guilty of “violating the laws and usages of war.”
He was the commandant of three of Nazi Germany’s concentration camps; Neuengamme, Majdanek, and very briefly, Dachau.
Dr. Johannes Neuhäusler, a Munich bishop who was a prisoner at Dachau, credited Weiss with saving the prisoners at Dachau by refusing to carry out a command to kill all the prisoners and destroy the camp.
“Because Weiss foresaw the complete collapse of Hitler’s power, he did not permit the carrying out of Himmler’s command to shell and burn the camp at Dachau together with all its inmates on the night of 28/29 April 1945.”
Neuhäusler’s testimony did not save Weiss. 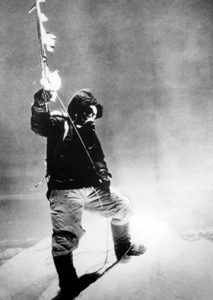 1953 – Edmund Hillary of New Zealand and Tenzing Norgay, a Sherpa of Nepal, became the first explorers to reach the summit of Mount Everest, which at 29,035 feet above sea level is the highest point on earth.
Hillary took a photograph (shown above) of Norgay using an ice axe as a standard for the British Flag on the summit of Mt. Everest.
Ironically, Tensing would be required to use this same axe to save Hillary’s life during a mishap in a crevasse field during their descent from the summit.
Queen Elizabeth II learned of the achievement on June 1, the eve of her coronation. Later that year, Hillary and Colonel John Hunt – commander of the British expedition – were knighted by the queen.
Norgay, because he was not a citizen of a Commonwealth nation, received the British Empire Medal. 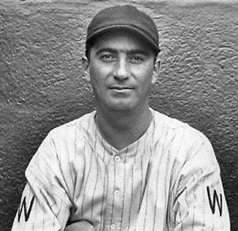 1972 – Baseball catcher Moe Berg died from injuries sustained in a fall at home. He was 70.
It is more than likely you have never heard of Berg even though he played 15 seasons in the major leagues. After all, he only hit six home runs and batted .243 during his career.
But that’s not why he is mentioned here.
A graduate of Princeton University and Columbia Law School (and a man who spoke seven languages fluently), Berg was a spy working for the U.S. government of the United States from 1934 until 1952.
In 1934, five years before he retired from baseball, Berg was picked to join a traveling American All-Star baseball team on a trip to Japan. Fellow teammates and baseball fans wondered why a third-string (and very mediocre) player was chosen for the All-Star team with the likes of Lou Gehrig and Babe Ruth.
Why he was chosen was never disclosed, yet significantly, while the All-Star team was in Tokyo, Berg, who spoke Japanese, slipped away and took covert movies of the Tokyo skyline, Tokyo harbor, and munitions facilities from the top of the city’s tallest building. The movies were later used in the planning of U.S. bombing raids over Tokyo in 1942.
Beginning in 1941, Berg gathered intelligence in Yugoslavia on resistance groups the U.S. government was considering supporting, and traveled to Italy, where he interviewed various physicists concerning the Nazi German nuclear program.
In 1952, Berg was hired by the CIA to use his old contacts from World War II to gather information about the Soviet atomic bomb project.
Berg was inducted into the National Jewish Sports Hall of Fame in 1996, and his is the only baseball card on display at the headquarters of the Central Intelligence Agency. 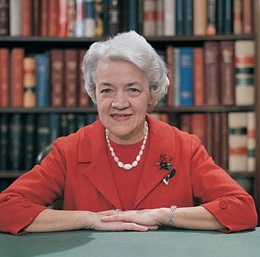 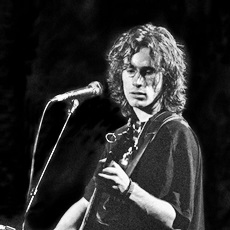 1997 – Musician Jeff Buckley drowned in the Mississippi River when he was caught in the wake of a passing boat (his body was found on June 4.)
The son of folk singer Tim Buckley (whom, he only met once, at the age of eight), Buckley released only one album (Grace) in his lifetime, but since his death, there have been many posthumous releases of his material, including a collection of four-track demos and studio recordings for his unfinished second album, My Sweetheart the Drunk.
He will be – or should be – forever remembered for his stunning cover of Leonard Cohen’s Hallelujah, considered by many as the greatest version ever recorded. 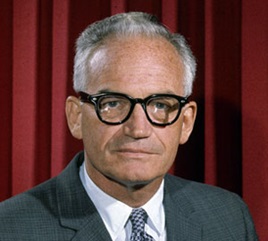 1998 – Barry Goldwater, five-term United States Senator from Arizona and the Republican Party’s nominee for president in the 1964 election, died from complications of a stroke. He was 89 and in the early stages of Alzheimer’s disease. 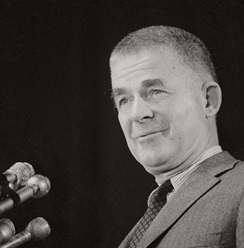 2004 – Archibald Cox, special prosecutor during the Watergate scandal before being fired by President Richard Nixon, died of natural causes at the age of 92. 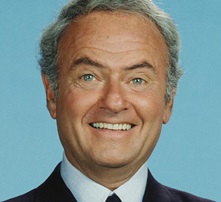 2008 – Actor/comedian Harvey Korman died at the age of 81 as the result of complications from a ruptured abdominal aortic aneurysm.
He is best remembered for his performances on The Carol Burnett Show and for playing the role of Hedley Lamarr in Blazing Saddles. 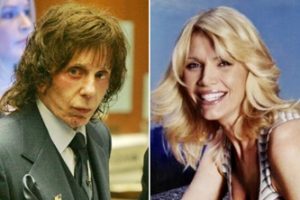 2009 – Record producer Phil Spector was formally sentenced to 19 years to life in prison for the 2003 second-degree murder of actress Lana Clarkson.
He won’t be eligible for parole until 2028, at which time he will be 88. 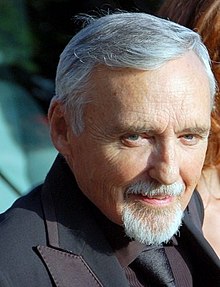 2010 – Actor Dennis Hopper died of prostate cancer at the age of 74.
His illustrious film career included Rebel Without A Cause, Giant, Easy Rider, Apocalypse Now, Blue Velvet, Speed and Hoosiers. 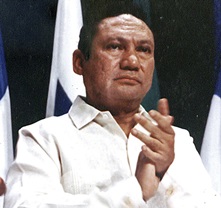 2017 – Manuel Noriega, the de facto ruler of Panama from 1983 until 1989 before he was forcibly removed by American troops, died following an operation after suffering a brain hemorrhage. He was 83.