I have some great news, some good news, and a little – for some of you – bad news.

Let’s start with the great news; the kind that will make everything else seem trivial. Are you ready?

I woke up this morning and so did you.

Now let’s move on to the good news. No matter how much the bad news might bother you, the reality is it is not the end of the world. There are a million problems the world faces that are much worse than what I am about to tell you. 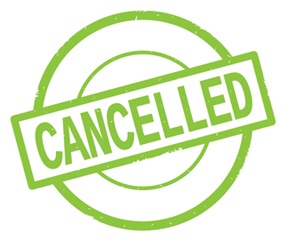 The return of the Heather & Ray Show on January 11 is not going to happen. We were cancelled before the show ever started. You might call it, as Heather did, “the shortest comeback in radio history.“

The owners of WCFR have decided the 4-hour Get Back with Heather & Ray Show did not fit their format. They focus on music from the late 80s through the early 2000s and we were going to be “getting back” to the 60s and 70s (and occasionally the 50s) every Saturday morning.

I was told the kind of music we planned on playing would be too much of a distraction for their regular listeners. I guess the thought of hearing the Beatles, Rolling Stones or Elvis would have mortified listeners who enjoy their daily fix of Depeche Mode, Madonna or Bon Jovi.

I was also told the type of people who enjoy music from the 60s are a vanishing breed (I’m being kind. Their description was a little more vivid.) I did let them know I respectfully disagreed with that, but hey, it’s their station and they have every right to program it the way they see fit.

I should add that our program could have returned but only if I agreed to broker the time (pay them $240 per week) and if I chose to go that route, I would “bear all of the responsibilities in Get Back – financial, logistical, sales and promotion.”

I have never claimed to be the brightest bulb in the room but I can assure you I am not an idiot. I was not going to charge them a penny for hosting the program but my initial reaction to that “offer” was I sure as hell was not going to pay nearly $1000 per month for the “privilege” of doing so.

But then I thought about the possibilities (and all of the people who appeared to be genuinely happy about our return.) If I could sell $1000 per month in advertising, it just might work. I prepared a list of “clients” I would call on and sent those names to the owners because I had been advised I really shouldn’t call on any of their existing advertisers.

Were the businesses I had listed available? I never heard back from them.

As I said earlier, it’s not the end of the world, although there were several things we were both excited about.

We had some exciting guests lined up; three Democratic presidential candidates (two U.S. Senators and a Mayor), plus a congressman, a governor, and the Chief of Police … and that was just for January!

We had plans to get heavily involved with the community by doing our best to help with the problem of hungry school kids because child hunger doesn’t just happen in December. 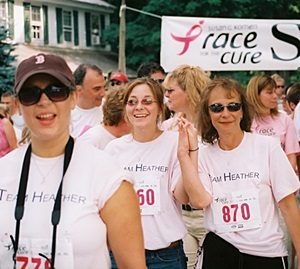 We had discussed the idea of reforming Team Heather for the annual Susan G. Komen Race For The Cure in their fight against breast cancer because “every step, every dollar, and every voice matters.”
Both Heather and I have had relatives and far too many friends who have faced this battle and we didn’t want them thinking they are fighting it on their own.

And of course we were looking forward to taking listeners back to that magical era when music was, you know, music!

On a personal note, I was anticipating a number of show highlights: singing “Heather Weather” every 30 minutes (now there’s a flashback!), listening to Heather’s UBI’s (Useless Bits of Information), discussing This Day in Rock & Roll History, and so much more.

I was tempted to give out the email addresses of the station owners but have decided against it (psst, I will give them to anyone who asks me for them.) 😉

Did I tell you the great news? Yeah, I did but let me remind you again. I woke up this morning and so did you.