1862 – Confederate and Union troops in the Civil War clashed near Maryland’s Antietam Creek in the bloodiest one-day battle in American history. The Battle of Antietam actually consisted of three battles. Beginning at dawn on September 17, Union General Joseph Hooker’s men stormed Confederate General Thomas J. “Stonewall” Jackson’s troops around the Dunker Church, the West Woods, and David Miller’s cornfield. The Federals made repeated attacks, but furious Rebel counterattacks kept the Yankees in check.
By early afternoon, the fighting moved south to the middle of the battlefield. Union troops under General Edwin Sumner inflicted devastating casualties on the Confederates along a sunken road that became known as “Bloody Lane,” before the Southerners retreated. McClellan refused to apply reserves to exploit the opening in the Confederate center because he believed Lee’s force to be much larger than it actually was.
In the late afternoon, Union General Ambrose Burnside attacked General James Longstreet’s troops across a stone bridge that came to bear Burnside’s name. The Yankees crossed the creek, but a Confederate counterattack brought any further advance to a halt.
The losses for the one-day battle were staggering. Union casualties included 2,108 dead, 9,540 wounded, and 753 missing, while Confederate casualties numbered 1,546 dead, 7,752 wounded, and 1,108 missing.

1862 – The Allegheny Arsenal, located in Pittsburgh, PA, and an important supply and manufacturing center for the Union Army during the Civil War, was rocked by three explosions. 78 workers, mostly young women, were killed.
Although a coroner’s jury held that the accident had been the result of the negligent conduct of Col. John Symington and his subordinates in allowing loose powder to accumulate on the roadway, Symington was acquitted.

1939 – Soviet Foreign Minister Vyacheslav Molotov declared that the Polish government had ceased to exist, as the U.S.S.R. exercised the “fine print” of the Hitler-Stalin Non-aggression pact – the invasion and occupation of eastern Poland.

1964 – Bewitched premiered on ABC. The series ran for eight years. 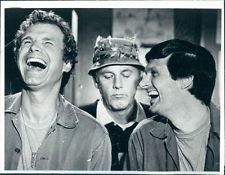 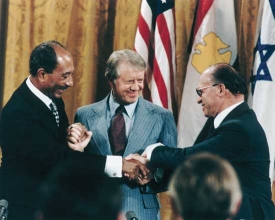 1978 – At the White House in Washington, D.C., Egyptian President Anwar el-Sadat and Israeli Prime Minister Menachem Begin signed the Camp David Accords, laying the groundwork for a permanent peace agreement between Egypt and Israel after three decades of hostilities.

1983 – 20-year-old Vanessa Williams became the first African American to win the Miss America crown. Scandal later erupted, however, when nude photos surfaced of Williams that had reportedly been shot when she worked for a photographer before her pageant days. She was forced to resign her Miss America title in July 1984. The photos later appeared (without Williams’ consent) in Penthouse magazine. 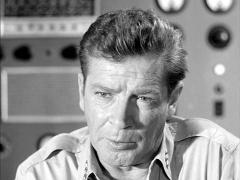 1984 – Actor Richard Basehart (He Walked By Night, Hitler, Moby Dick, but best remembered for his role of Admiral Harriman Nelson in Voyage To The Bottom Of The Sea) died at the age of 70 following a series of strokes. 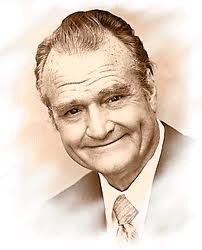