1606 – The Susan Constant, the Godspeed, and the Discovery left England, carrying settlers who would found Jamestown, Virginia. 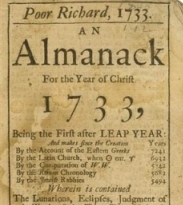 1732 – Benjamin Franklin of Philadelphia first published Poor Richard’s Almanack (for the year of 1733). The book, filled with proverbs preaching industry and prudence, was published continuously for 25 years and became one of the most popular publications in colonial America, selling an average of 10,000 copies a year.

1776 – Thomas Paine’s American Crisis was published in the Pennsylvania Journal. At the time, General George Washington’s troops were suffering from low morale. In August, they had suffered humiliating defeats and lost New York City to British troops. Between September and December, 11,000 American volunteers gave up the fight and returned to their families. Washington could foresee the destiny of a rebellion without an army if the rest of his men returned home when their service contracts expired on December 31.
Washington commanded that the freshly printed pamphlet be read aloud to his dispirited men; the rousing prose had its intended effect. Reciting Paine’s impassioned words, the beleaguered troops mustered their remaining hopes for victory and crossed the icy Delaware River to defeat the Hessians.
And what were those inspirational words?
“These are the times that try men’s souls; the summer soldier and the sunshine patriot will, in this crisis, shrink from the service of his country; but he that stands it now, deserves the love and thanks of man and woman. Tyranny, like hell, is not easily conquered; yet we have this consolation with us, that the harder the conflict, the more glorious the triumph.”

1907 – A coal mine explosion in Jacobs Creek, Pennsylvania, killed 239 workers. Only one worker in the deep mine at the time survived the tragedy. The Pittsburgh Coal Company set up the Darr mine on the side of a mountain near the Youghiogheny River. The mine was almost two miles deep and six workers at a time – most of whom were Hungarian immigrants – rode a wood bucket back and forth from the surface. At about 11:30 in the morning, 240 workers were below the surface when a huge explosion rocked the mine. It was so powerful that homes in Jacobs Creek rattled and windows shattered.
Joseph Mapleton, who was near a side entryway to the mine when the explosion occurred, was the sole survivor of the disaster. The victims died from a variety of causes: Some were crushed to death from the collapse of the mine, others suffocated and the remainder was killed in the blast itself. The precise cause of the explosion was never determined, but most coal-mine blasts are set off when a pocket of gas is accidentally ignited. 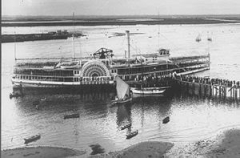 1912 – William Van Schaick, captain of the steamship General Slocum which caught fire and killed over 1,000 people, was pardoned by U.S. President William Howard Taft after three-and-a-half-years in Sing Sing prison.
On June 15, 1904, the General Slocum had caught fire and sank in the East River of New York City. At the time of the accident, the ship was on a chartered run carrying members of St. Mark’s Evangelical Lutheran Church to a picnic. An estimated 1,021 of the 1,342 people on board died. 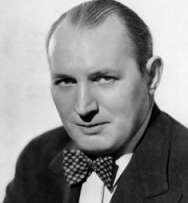 1918 – Robert Ripley began his Believe It Or Not column in The New York Globe. Sort of. Ripley first called his cartoon feature, originally involving sports feats, Champs and Chumps, but he soon began adding items unrelated to sports, so in October 1919, he changed the title to Believe It Or Not. 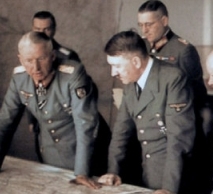 1941 – In a major shake-up of the military high command, Adolf Hitler assumed the position of commander in chief of the German army. The German offensive against Moscow was proving to be a disaster. A perimeter had been established by the Soviets 200 miles from the city – and the Germans couldn’t break through. The harsh winter weather – with temperatures often dropping to 31 degrees below zero – had virtually frozen German tanks in their tracks.
Soviet General Georgi Zhukov had unleashed a ferocious counteroffensive of infantry, tanks, and planes that had forced the flailing Germans into retreat. In short, the Germans were being beaten for the first time in the war. Hitler clearly did not believe in giving back captured territory, so he took full control and vowed to compose all future strategies. 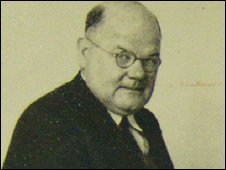 1956 – Irish-born physician John Bodkin Adams was arrested in connection with the suspicious deaths of more than 160 patients. Of those 160 patients, 132 left him money or items in their wills. Incredibly, he was never found guilty of murder.
Instead, Adams was found guilty of 13 offenses of prescription fraud, lying on cremation forms, obstructing a police search and failing to keep a register of dangerous drugs. He was removed from the Medical Register in 1957 and reinstated in 1961. 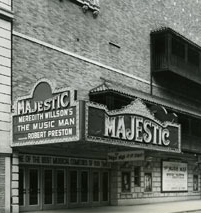 1957 – Meredith Willson’s The Music Man opened at the Majestic Theatre in New York City. The Broadway show starred Robert Preston and had a run of 1,375 shows. 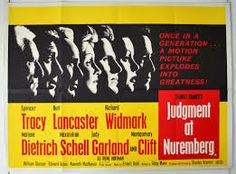 1961 – Judgment At Nuremberg opened in New York City with a star-studded cast including Spencer Tracy, Burt Lancaster, Richard Widmark, Montgomery Clift, Judy Garland, Marlene Dietrich, and Maximillian Schell (he won the Academy Award for Best Actor for his performance). The film received an Oscar for Best Adapted Screenplay plus nine other nominations. 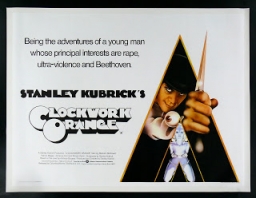 1971 – Director Stanley Kubrick’s A Clockwork Orange, starring Malcolm McDowell (in the performance of a lifetime), premiered. Despite the film’s controversial nature – it was originally rated X – the film was a hit with American audiences, and was nominated for several awards, including the Academy Awards for Best Picture and Best Director. 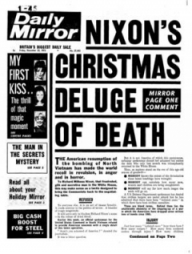 1972 – Hanoi’s foreign ministry, calling the new B-52 raids against Hanoi and Haiphong “extremely barbaric,” accused the United States of premeditated intensification of the war and labeled the actions “insane.”
After North Vietnamese negotiators had walked out of secret talks in Paris with National Security Advisor Henry Kissinger, President Nixon issued an ultimatum to Hanoi to send its representatives back to the conference table within 72 hours “or else.” The North Vietnamese rejected Nixon’s demand and the president ordered Operation Linebacker II, a full-scale air campaign against the Hanoi area.
Nixon was severely criticized both by American antiwar activists and in the international community. The French newspaper Le Monde compared the attacks to the bombing of Guernica during the Spanish Civil War, when German planes from the Condor Legion attacked the Spanish city and caused great devastation and loss of life. In England, the Manchester Guardian called the bombing “the action of a man blinded by fury or incapable of seeing the consequences of what he is doing.” Pope Paul VI and United Nations Secretary General Kurt Waldheim expressed concern for world peace. American antiwar activists charged that Nixon’s actions involved “carpet bombing” – deliberately targeting civilian areas with intensive bombing designed to “carpet” a city with bombs.
The “Christmas bombing” was deemed a success by the U.S., since it caused the North Vietnamese to return to the negotiating table, where the Paris Peace Accords were signed less than a month later. 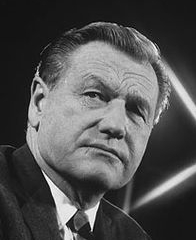 1974 – Nelson Rockefeller was sworn in as Vice President of the United States. He became the second vice president to be appointed under the provisions of the 25th Amendment. The first to do so was Gerald R. Ford, the man who appointed Rockefeller. 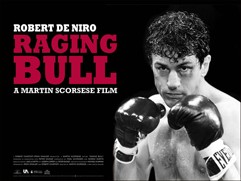 1984 – In the Hall of the People in Beijing, British Prime Minister Margaret Thatcher and Chinese Premier Zhao Ziyang signed an agreement committing Britain to return Hong Kong to China in 1997 in return for terms guaranteeing a 50-year extension of its capitalist system. 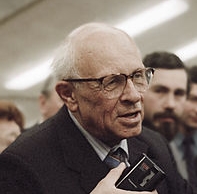 1986 – Soviet leader Mikhail Gorbachev released Andrei Sakharov and his wife, Elena Bonner, from their internal exile in Gorky, a major city on the Volga River that was then closed to foreigners. Sakharov was a long-time critic of government policies in Russia, and had been sentenced to internal exile in 1980 following his denunciations of the Soviet invasion of Afghanistan. The release was hailed as evidence of Gorbachev’s commitment to lessening political repression inside the Soviet Union. 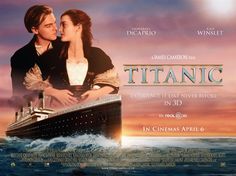 1997 – Director James Cameron’s epic dramaTitanic, the story of the real-life luxury ocean liner that struck an iceberg and sank on its maiden voyage in 1912, resulting in the deaths of more than 1,500 passengers and crew, opens in theaters. It would go on to become the highest-grossing movie in history.
Titanic catapulted its young stars Leonardo DiCaprio and Kate Winslet to international fame and won 11 Academy Awards, including Best Picture, Best Director and Best Music. 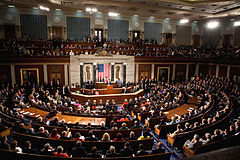 1998 – President Bill Clinton was formally impeached on charges of perjury and obstruction of justice by a divided House of Representatives, which recommended virtually along party lines that the Senate remove the nation’s 42d President from office. 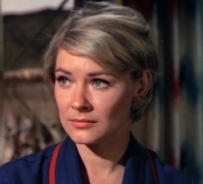 2003 – Actress Hope Lange (Peyton Place, which earned her an Academy Award for Best Supporting Actress, Wild In The Country, Pocketful Of Miracles, Death Wish and best known for her role as Carolyn Muir on television’s The Ghost & Mrs. Muir) died of colitis at the age of 70.