1776 – General George Washington asked for a volunteer for an extremely dangerous mission: to gather intelligence behind enemy lines before the coming Battle of Harlem Heights. Captain Nathan Hale of the 19th Regiment of the Continental Army stepped forward and subsequently become one of the first known American spies of the Revolutionary War.
On September 21, 1776, Hale was captured while sailing Long Island Sound, trying to cross back into American-controlled territory. He was hanged by the British on the morning of September 22, 1776. He was just 21 years old.

1897 – A London cabdriver named George Smith slammed his taxi into a building and is the first person to be arrested for drunk driving. He was found guilty and fined 25 shillings. 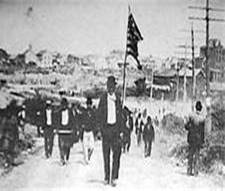 1897 – 19 unarmed striking immigrant anthracite coal miners at the Lattimer mine near Hazleton, Pennsylvania, were shot and killed by a Luzerne County sheriff’s posse. Scores more workers, mostly of Polish, Slovak, Lithuanian and German ethnicity, were wounded.
Luzerne County Sheriff James F. Martin and 73 deputies were arrested and put on trial. Even though medical evidence showed that nearly all the strikers had been shot in the back, the sheriff and his deputies were acquitted.
The Lattimer massacre was a turning point in the history of the United Mine Workers.

1935 – Popeye was heard for the first time on NBC radio. Eat your spinach in celebration! 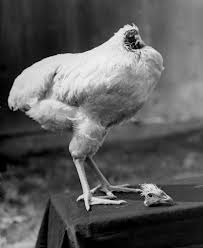 1945 – Settle in, this is going to take a while.
Farmer Lloyd Olsen of Fruita, Colorado, was sent out to the yard by his wife to bring back a chicken. Olsen chose a five-and-a-half-month-old cockerel named Mike. The axe missed the jugular vein, leaving one ear and most of the brain stem intact. Mike’s head was surely dead. Mike’s body was not.
Now I know what you are thinking. It is well known that chickens will run around frantically when their heads are chopped off, and everyone knows that a headless chicken just can’t survive more than a few moments. Wrong.
Mike could easily balance himself on the highest perches without falling. His crowing consisted of a gurgling sound made in his throat. Mike even attempted to preen his feathers with his nonexistent head (apparently he never noticed).
Through his open esophagus, Mike was fed a mixture of ground up grain and water with your typical eyedropper. Little bits of gravel were dropped down his throat to help his gizzard grind up the food.
In the tradition of that famous huckster Barnum, there was money to be made in this oddity. A promoter by the name of Hope Wade convinced Olsen that Mike would be a big draw in the sideshow circuit. Miracle Mike, as he soon came to be known, toured up and down the West Coast of the United States. Just six weeks after his beheading, Mike was featured in a Life magazine article and his fame grew. For just 25 cents, anyone could pay to get a look at Mike. At the height of his popularity, Mike was raking in a cool $4,500 per month.
Sadly, one day tragedy struck. Mike was traveling back home to Fruita and was “roosting” with the Olsens in their Phoenix motel room. They heard Mike choking in the middle of the night and quickly realized that they had left the syringe (used to suck mucus out) at the sideshow the day before. Miracle Mike was no more. Done in – after 18 months – by mucus. 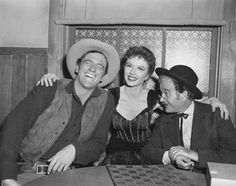 1960 – New York’s Mickey Mantle hit a home run over the roof of Detroit’s Tiger Stadium. The ball sailed over Trumbull Avenue and landed at the base of a shed in the Brooks Lumberyard across from the ballpark … 643 feet in the air! 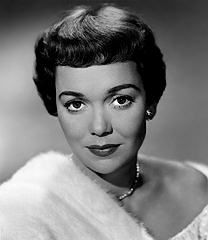 2007 – Actress Jane Wyman (Academy Award for Best Actress for her performance in Johnny Belinda, and nominated for three more Academy Awards … The Yearling, The Blue Veil and Magnificent Obsession) and the first wife of Ronald Reagan (from 1940-1949), died of natural causes at the age of 80. 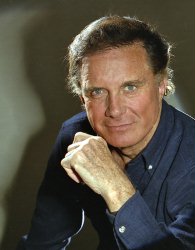 2011 – Actor Cliff Robertson (The Best Man, PT 109, Picnic and winner of an Academy Award for Best Actor for his role in the movie Charly) died of natural causes one day after his 88th birthday.