The future is dark, the present burdensome. Only the past, dead and buried, bears contemplation.
~G.R. Elton

1834 – Andrew Jackson became the first U.S. president to use federal troops to quell labor unrest. Construction teams consisting primarily of Irish, German, Dutch and black workers who, with primitive tools, were forced to work long hours for low wages in dangerous conditions, rioted but were quickly put down by federal troops. The move set a dangerous precedent for future labor-management relations. When labor uprisings increased toward and into the turn of the century, business leaders were confident in the knowledge that they could turn to local, state or federal government leaders to head off labor unrest. Although work resumed on the Chesapeake and Ohio Canal, the project was finally abandoned in 1850, with the farthest reach of the canal ending at Cumberland, Maryland. 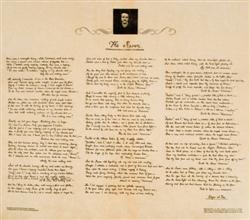 1845 – Edgar Allan Poe’s The Raven was published in the New York Evening Mirror. 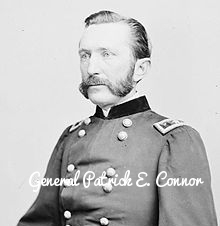 1863 – A detachment of California Volunteers led by Colonel Patrick Edward Connor engaged the Shoshone tribe at Bear River, Washington Territory, killing hundreds of men, women, and children.
Col. Connor and the California Volunteers were treated as heroes. Connor was promoted to the permanent rank of Brigadier General and given a brevet promotion shortly afterward to the rank of Major General. 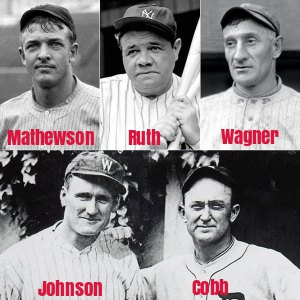 1936 – The Baseball Hall of Fame elected its first members in Cooperstown, New York: Ty Cobb, Babe Ruth, Honus Wagner, Christy Mathewson and Walter Johnson. The players were selected by a vote of the Baseball Writers’ Association of America 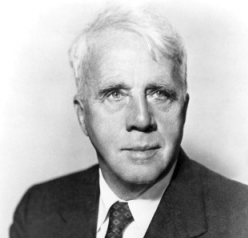 1963 – Poet Robert Frost (naming only a few examples of his creative genius would be an injustice to the rest) died of complications from prostate surgery at the age of 88.
In the days following Frost’s death, President John F. Kennedy, at whose inauguration the poet delivered a poem, said, “He has bequeathed his nation a body of imperishable verse from which Americans will forever gain joy and understanding.”
Amen to that 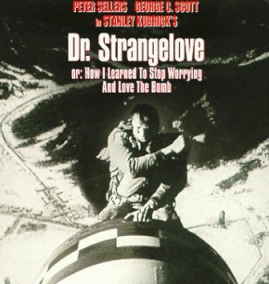 1964 – Dr. Strangelove or: How I Learned To Stop Worrying and Love The Bomb, starring Peter Sellers (in three roles) and George C. Scott, premiered in theaters. Close scrutiny of the Dr. Strangelove character indicated that he was probably a composite of three people: Henry Kissinger, a political scientist who had written about nuclear deterrence strategy; Edward Teller, a key scientist in the development of the hydrogen bomb; and Wernher von Braun, the German scientist who was a leading figure in missile technology.
Little scrutiny was needed, however, to grasp director/producer Stanley Kubrick’s satirical attacks on the American and Russian policies of nuclear stockpiling and massive retaliation. The film’s jabs at some of the sacred core beliefs of America’s defense strategy struck a chord with the American people. Particularly after the frightening Cuban Missile Crisis of 1962 – when nuclear annihilation seemed a very real possibility – the American public was increasingly willing to question the nation’s reliance on nuclear weapons. 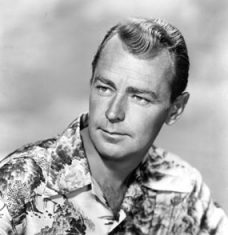 1966 – Actor Alan Ladd (Shane, This Gun For Hire, The Great Gatsby, Whispering Smith) died at the age of 50 due to cerebral edema caused by an acute overdose of “alcohol and three other drugs.”

1968 – In his annual budget message, President Lyndon B. Johnson asked for $26.3 billion to continue the war in Vietnam, and announced an increase in taxes. Johnson had been given a glowing report on progress in the war from Gen. William Westmoreland, senior U.S. commander in South Vietnam. Westmoreland stated in a speech before the National Press Club that, “We have reached an important point when the end begins to come into view. I am absolutely certain that, whereas in 1965 the enemy was winning, today he is certainly losing. The enemy’s hopes are bankrupt.”
The day after Johnson’s budget speech, the “bankrupt” communists launched a massive attack across the length and breadth of South Vietnam. This action, the Tet Offensive, proved to be a critical turning point for the United States in Vietnam. In the end, the offensive resulted in a crushing military defeat for the Viet Cong and the North Vietnamese, but the size and scope of the communist attacks caught the American and South Vietnamese allies by surprise. The heavy U.S. and South Vietnamese casualties incurred during the offensive, coupled with the disillusionment over the administration’s earlier overly optimistic reports of progress in the war, accelerated the growing disenchantment with the president’s conduct of the war.
Two months after making his request, Johnson announced that he would neither seek nor accept the nomination of his party for re-election. 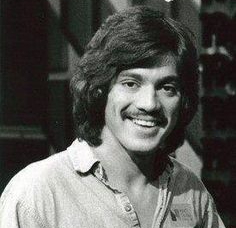 1977 – Actor/comedian Freddie Prinze (Chico and The Man), suffering from severe depression, exacerbated by a restraining order from his estranged wife, made a series of “goodbye” phone calls and then committed suicide by gunshot in front of his business manager. He was only 22. 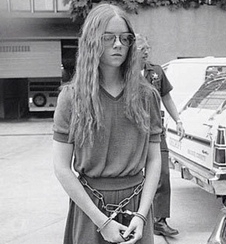 1979 – 16-year old Brenda Spencer killed two men and wounded nine children as they entered the Grover Cleveland Elementary School in San Diego. Spencer fired rifle shots from her home directly across the street from the school. After 20 minutes of shooting, police surrounded Spencer’s home for six hours before she surrendered. Asked for some explanation for the attack, Spencer said, “I just don’t like Mondays. I did this because it’s a way to cheer up the day. Nobody likes Mondays.”
Spencer was tried as an adult, and pled guilty to two counts of murder and assault with a deadly weapon. She was sentenced to prison for 25 years to life at the California Institution for Women in Corona, California. She has been denied parole four times. Her next parole hearing is scheduled for 2019.

1980 – Comedian and actor Jimmy Durante ( The Wet Parade, Broadway To Hollywood, The Man Who Came To Dinner, Ziegfeld Follies, Billy Rose’s Jumbo, It’s A Mad, Mad, Mad, Mad World) … and singer (Inka Dinka Doo) died of pneumonia at the age of 86.
Durante’s radio show was bracketed with two trademarks: “Inka Dinka Doo” as his opening theme, and the invariable signoff that became another familiar national catchphrase: “Good night, Mrs. Calabash, wherever you are.”
For years, Durante preferred to keep the mystery alive. One theory was that it referred to the owner of a restaurant in Calabash, North Carolina, where Durante and his troupe had stopped to eat. He was so taken by the food, the service, and the chitchat he told the owner that he would make her famous. Since he did not know her name, he referred to her as “Mrs. Calabash”. Another theory suggested it was a personal salute to his deceased first wife, Jeanne, who died in 1943.
At a National Press Club meeting in 1966 (broadcast on NBC’s Monitor program), Durante finally revealed that it was indeed a tribute to his wife. While driving across the country, they stopped in a small town called Calabash, whose name she had loved. “Mrs. Calabash” became his pet name for her, and he signed off his radio program with “Good night, Mrs. Calabash, wherever you are.” 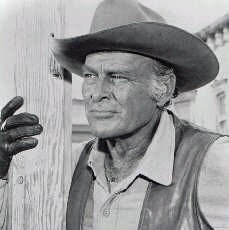 1986 – Actor Leif Erickson (On The Waterfront, A Gathering Of Eagles, Roustabout, and television’s The High Chaparral) died of cancer at the age of 74. 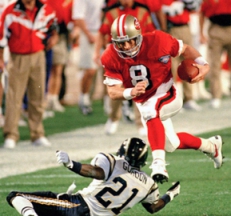 2009 – Illinois governor Rod Blagojevich was removed from office (after unanimous votes of 59–0 by the Illinois Senate ) following his conviction of several corruption charges, including the alleged solicitation of personal benefit in exchange for an appointment to the United States Senate as a replacement for then-U.S. president-elect Barack Obama.