It’s Monday and Dylan Place is back with the greatest oldies of all time!

He has classic songs from the 1950s, timeless gems from the 1960s (including a Forgotten 45 from the Dave Clark Five), and he even dips into the 1970s a couple of times, including a Rod Stewart a song that stayed on top of the Billboard Hot 100 for eight consecutive weeks!

He’s spanning the decades and it’s all designed to put a smile on your face, even if it is a Monday! 🙂 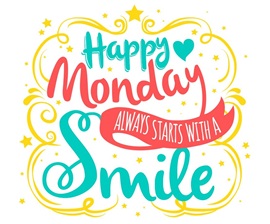