Few artists have had their songs covered by more arists than Bob Dylan. There are so many cover versions of his songs that I could have made this medley a lot longer than it is but I didn’t think you wanted to spend all day listening to it.

Most of these versions are well known, but the final two may come as a surprise.

When Rolling Stone publisher Jann Wenner asked Dylan to name his favorite cover of one of his songs in 1969, he didn’t go with obvious candidates by the likes of the Byrds, Jimi Hendrix or Peter, Paul & Mary. He instead went with Elvis Presley’s relatively-obscure 1966 take on Tomorrow Is A Long Time. “That’s the one recording I treasure the most,” Dylan said.

In 2005, he added another favorite; Warren Zevon’s stunning version of Knockin’ On Heaven’s Door, a song which carried the added impact of being on Zevon’s final album, The Wind, which was released just two weeks before his death from inoperable pleural mesothelioma in 2003.

Note: This will be the final medley for this week. Sometimes rock and roll has to take a back seat to more important matters. May you be blessed as you celebrate the true meaning of Easter, from the reflection of Good Friday to the joy of Easter Sunday. 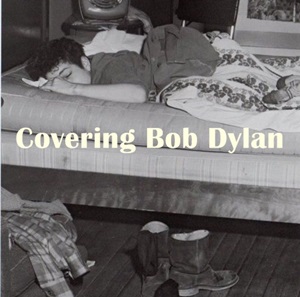