In 1969, the Beach Boys turned a cover version of a Ronettes’ hit into one of their own; a band from California (but sounded like they hailed from Louisiana) had their breakthrough single; two songs from the Broadway musical Hair flew up the charts for both the 5th Dimension and Oliver; the Rolling Stones released a single that became (believe it or not) their last #1 song in England; the Zombies had a hit single in the U.S. two years after they recorded it and one year after they broke up!
I have added the highest Billboard chart position in parentheses beside their names below. 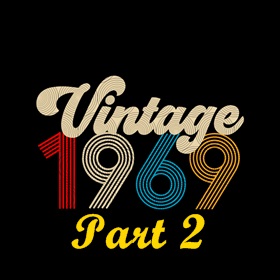