“The lovers of romance can go elsewhere for satisfaction but where can the lovers of truth turn if not to history?”
~Katharine Anthony

1775 – The Continental Congress authorized construction and administration of the first American naval force – the precursor to the United States Navy.
During the American Revolution, the Continental Navy successfully preyed on British merchant shipping and won several victories over British warships. 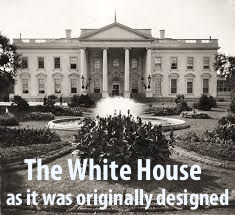 1792 – The cornerstone was laid for a presidential residence in the newly designated capital city of Washington.
The building would eventually become known as the “White House” because its white-gray Virginia freestone contrasted strikingly with the red brick of nearby buildings. 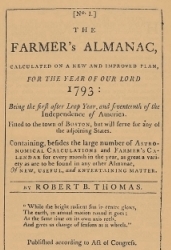 1792 – The first edition of Farmer’s Almanac was published.
Forty years later, Robert B. Thomas, founder and editor of the publication, inserted the word “Old” in the title.
To calculate the Almanac’s weather predictions, Thomas studied solar activity, astronomy cycles and weather patterns and used his research to develop a secret forecasting formula, which is still in use today. Other than the Almanac’s prognosticators, few people have seen the formula. It is kept in a black tin box at the Almanac offices in Dublin, New Hampshire. 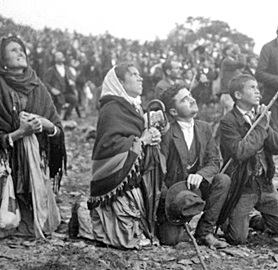 1917 – The “Miracle of the Sun” was witnessed by an estimated 70,000 people in the Cova da Iria in Fatima, Portugal.
Various claims have been made as to what actually happened during the event. According to many witnesses, after a period of rain, the dark clouds broke and the Sun appeared as an opaque, spinning disc in the sky.
It was said to be significantly duller than normal, and to cast multicolored lights across the landscape, the people, and the surrounding clouds. The Sun was then reported to have careened towards the Earth before zig-zagging back to its normal position.
The event was declared of “supernatural character” by the Catholic Church in 1930, and Pope Pius XII approved the “Fatima apparitions” in 1940. 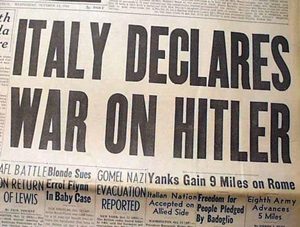 1943 – With Benito Mussolini deposed from power and the collapse of the fascist government three months earlier, the government of Italy declared war on its former Axis partner Germany and joined the battle on the side of the Allies.

1947 – Junior Jamboree premiered on WBKB in Chicago, but you might remember it as something different.
The program starred puppeteer Burr Tillstrom in the roles of Kukla and Oliver J. “Ollie ” Dragon (among others) and radio comedienne Fran Allison as herself.
The program was later renamed Kukla, Fran and Ollie. The first NBC network broadcast of the show took place on January 12, 1949.
The program was created for children, but it was soon watched by as many adults as children. It did not have a script and was entirely ad-libbed.
It aired until 1957. 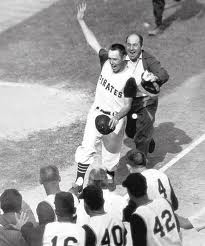 1960 – After six games has been played in the World Series, the New York Yankees had scored 46 runs and the Pittsburgh Pirates only 17, yet the series was tied going into game seven.
The final game opened with a home run by Rocky Nelson and was concluded by a historic game-winning home run by Bill Mazeroski, giving the Pirates their first world championship in thirty-five years. 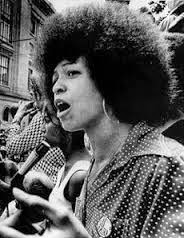 1969 – Angela Davis, a 26-year-old black militant who had been hunted for nearly two months on murder and kidnapping charges – and only the third woman to appear on the FBI’s Ten Most Wanted Fugitive List – was arrested by agents of the Federal Bureau of Investigation.
Davis was subsequently tried and an all-white jury returned a verdict of not guilty.
Her experience as a prisoner in the U.S. played a key role in persuading her to fight against what she termed “the prison-industrial complex in the United States.” 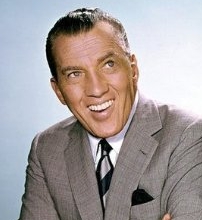 1974 – Ed Sullivan died of esophageal cancer at the age of 73.
He hosted The Toast Of The Town – usually remembered under its second name, The Ed Sullivan Show – for 23 years. 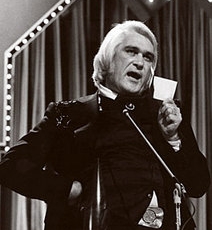 1975 – Charlie Rich, the man voted Entertainer of the Year for by the Country Music Association of America one year earlier, stood onstage at the CMA awards show to announce that year’s winner of the Association’s biggest award.
But after opening the envelope and seeing what was written inside, he had a strange reaction.
Instead of merely reading the name “John Denver” and stepping back from the podium, an obviously drunk Rich reached into his pocket for a cigarette lighter and set the envelope on fire.
Though the display shocked the live audience in attendance, John Denver himself was present only via satellite linkup, and he offered a gracious acceptance speech with no idea what had occurred.
In the aftermath of the incident, Rich was blacklisted from the CMA awards show for the rest of his career.

1977 – Four Palestinians hijacked a Lufthansa airliner and demanded the release of 11 imprisoned members of Germany’s Baader-Meinhof terrorist group, also known as the Red Army Faction.
The group of ultra-left revolutionaries who terrorized Germany for three decades, assassinated more than 30 corporate, military, and government leaders in an effort to topple capitalism in their homeland.
The hijackers took the plane on a six-country odyssey, eventually landing at Mogadishu, Somalia, on October 17, after shooting Juergen Schumann, one of the plane’s pilots.
Early the next morning, a German Special Forces team stormed the aircraft, releasing 86 hostages and killing three of the four hijackers. Only one of the German commandos was wounded.
The Red Army Faction’s imprisoned leaders responded to the news later that day by committing suicide in their jail cell, in Stammheim, Germany. 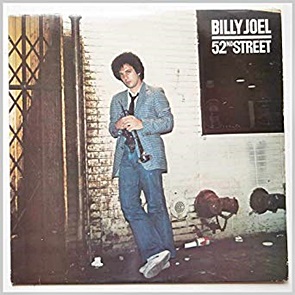 1978 – Billy Joel released the 52nd Street album.
It was the first of four Joel albums to top the Billboard charts, and it earned him two Grammys.
Three songs reached the Top 40 in the United States, contributing to the album’s success: My Life (#3), Big Shot (#14), and Honesty (#24).
It was similarly well received by critics, earning the 1979 Grammy for Album of the Year. 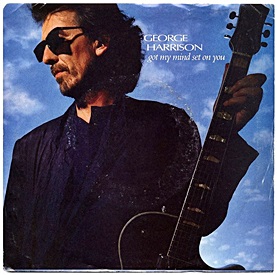 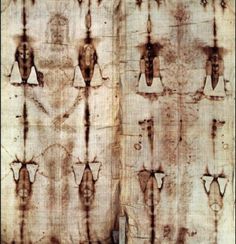 1988 – A radiocarbon dating test was performed on small samples of the Shroud of Turin.
The laboratories at the University of Oxford, the University of Arizona, and the Swiss Federal Institute of Technology concurred that the samples they tested dated from the Middle Ages, between 1260 and 1390. 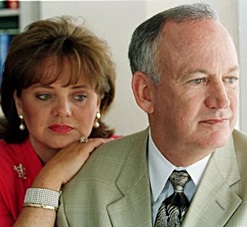 1999 – The JonBenet Ramsey grand jury was dismissed after 13 months of testimony – even though jurors had actually voted to indict both John and Patsy Ramsey in the death of their daughter.
The charges didn’t directly accuse the Ramseys of killing their daughter. Instead they alleged that the parents permitted her to be placed in a dangerous situation that led to her death and it accused them of helping whoever killed the girl.
District Attorney Alex Hunter, however, would not sign off on the indictment, citing his belief there was insufficient evidence.
The Ramseys were cleared of any involvement in their daughter’s death in 2008 when new DNA evidence came to light.
No one has ever been charged in the case and the investigation is still open. 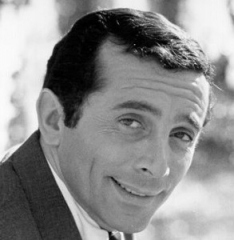 2009 – Al Martino died at 82 of natural causes.
As a singer, Martino enjoyed great success with ‘I Love You Because’, ‘Spanish Eyes’ and ‘Mary In The Morning’. As an actor, he is best remembered for playing the role of Johnny Fontaine in The Godfather films. 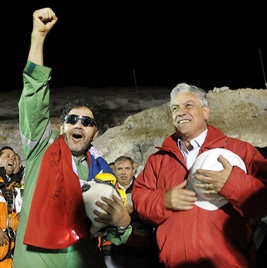 2010 – The mining accident in Copiapo, Chile ended as all 33 trapped miners arrived at the surface after a record 69 days underground.
The collapse had occurred on August 5. Initially, the trapped miners tried to escape through ventilation shafts, but the ladders required by safety codes were missing.
The mine is owned by the San Esteban Mining Company, a company notorious for operating unsafe mines. Prior to the accident, they had ignored warnings over unsafe working conditions in its mines. After Codelco, the state-owned mining company, took over rescue efforts from the mine’s owners, exploratory boreholes were drilled, and seventeen days after the accident, a note was found taped to a drill bit pulled back to the surface: “Estamos bien en el refugio, los 33″ (“We are well in the shelter, the 33 of us“).
Three separate drilling rig teams, nearly every Chilean government ministry, the United States’ NASA space agency, and a dozen corporations from around the world cooperated in completing the rescue.
On October 13, the men were winched to the surface one at a time in a specially built capsule as over 5 million viewers streamed an online broadcast of the event.
In the photo shown above, Luis Urzua, the last miner to be rescued, celebrated with President Sebastian Pinera of Chile.